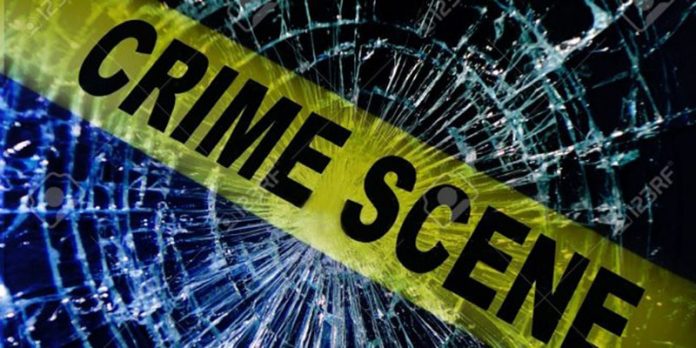 You’re on a trip, a beautiful drive through middle America, and you see a shining sign.

You stop, naturally, to go in and do the tour. Ten minutes later you return to your vehicle, a box of ammo in a bag and drink from the cooler in hand to see that your car doors were forced open in broad daylight.

It’s Sunday; the game is on in an hour, and you’re getting off the range. You drive to your friend’s house, you’ve been there plenty of times, so you pull in and park, lock up, and head inside. The game finishes a few hours later and you prep to leave. You get in your car to go but notice that the rifle bag you had is now missing.

Your gun is gone. What do you do now?

Firearms theft is an all too real reality that has to be dealt with. Theft of personal property always stings, but firearms have a special burn when they’re taken. The Iron Pipeline of illegal and stolen firearms that end up at crime scenes is fed off these snatch and grabs from homes and vehicles.

These crimes happen so what do you do?

Step One. Call the Police.

Yes but it needs to be mentioned. Roll the police immediately and start gathering the information they’ll need.

Your name and address, ID

Serial Number/’s of the stolen guns and the make and model. The police may ask for special features or defining characteristics, but the serial numbers are essential.

The police will probably process the scene, catalog what is gone, and submit the report. This could take several hours, and you’ll receive an incident report number associated with the report. Keep it.

Vehicle and Home Owners/Renters insurance will have coverage for the theft. Submit the report number and most of the details you gave the police to insurance and start the process to recover what you can.

Step Three. …wait what? Insurance? What does my Insurance cover?

Check now what is specifically covered, especially related to firearms and associated gear. You may need to increase coverage. You may need to add names to policies. You might find it is time to switch insurance companies. Check prior, because afterward you are SOL.

Any and all local shops near the theft should be contacted by you and given descriptions of the firearms. The police will not do this, and the shops have no way to run a serial number quickly on every gun that comes in used. They need to be updated individually if you want them to look for your guns that might be sold to them for quick cash.

Step Five… Well, that’s it, to be honest…

Unfortunately, the cold reality is that firearm theft is still a property crime. No one is going to be scouring dark alleys or shaking down shady contacts in any dramatic fashion, no more than if a TV or a pair of shoes were stolen.

You’ll see your guns again if they turn up, usually meaning if they were used in some sort of crime or taken into evidence as part of or associated with a crime. Perhaps sometime, perhaps never.

An officer on the force of the jurisdiction where mine were stolen said bluntly several weeks later. “We’re never going to see those guns.”

In all reality they’re right, the Iron Pipeline of stolen guns might never return them back to my ownership.

So keep them secret.

And get them covered.

This concludes your PSA