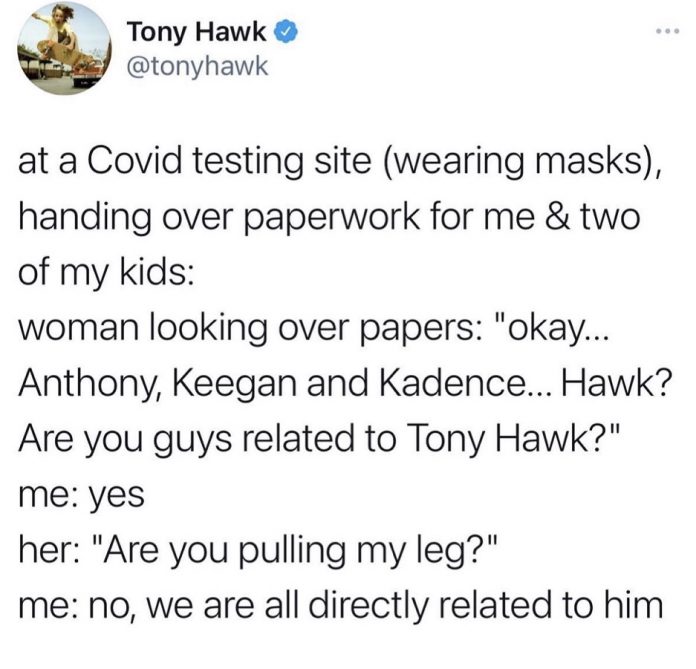 “Never attribute to malice that which is adequately explained by stupidity”.

Also attributed as Heinlein’s Razor, or “The Devil Theory” Fallacy. This simple published wisdom has been around since at least the 18th Century. It’s modern title attributing to Hanlon is from 1990 while the Heinlein attribution came from 1941’s Logic of Empire and the character ‘Doc’ therein, “You have attributed conditions to villainy that simply result from stupidity.”

We as a nation are suffering. We have forgotten this wisdom.

Stupidity and Ignorance are closely tied phrases that are used, and often misused, interchangeably. They are not the same.

Ignorance, when used correctly, describes the condition of someone lacking information, usually critical information to the understanding of a topic at hand.

“The NRA is moving to Texas from New York.”
“Oh? I heard they went bankrupt.”
“They filled for bankruptcy proceedings in New York State as part of their move, to dissolve their ties and obligations to New York and reestablish under Texas.”
“Ah, I was ignorant of the reasonings.”

Stupidity, or acting stupidly, is a person or group making poor decisions based on the information they have, often in good faith but very bad judgement. Stupidity often results from rejection of information for any number of reasons, including past held beliefs of earlier information, instead of just from ignorance alone. Stupidity requires applying known information and/or misapplying it.

You [reader] not knowing the muzzle velocity of M855A1 ammunition out of the M4A1 rifle is ignorance. You then stating a ridiculous assumed “fact,” or being mad you don’t just know it, or are in somehow someway in a fight surrounding M855A1, while simultaneously holding or pocketing a device that can give you information… that would be stupid.

*tires slide a little on the road*
“Woah, perhaps I should slow down a bit so I’m not driving faster than road conditions and my equipment allow for… nah, I haven’t slid off the road yet or slid really badly. It’ll be fine.”
*Crashes*
“Well… that was stupid of me.” -The person you will see in the ditch in two to four miles. We all know the one.

Save your anger. Engage your head.

It does not pay dividends to be angry at voters for voting. It does not pay dividends to look at the electors and elected Democrats and call them evil. It might feel good, but especially in the case of the voters themselves it is almost assuredly incorrect. Joe Biden is the same symptom as Donald Trump was, given a new form. The reason we aren’t seeing reasonable politicians win is because we are being highly unreasonable people right now.

So what I am saying, dear readers, is that as we shift into a difficult administration under Joe Biden and Kamala Harris, remember two things.

Biden is President now. I, as honestly as I can speak, hope that every negative policy aspiration I ascribe to his and his administration’s goals is wrong. I want him to be a good President. I wanted Trump, and Obama, and Bush to be good Presidents. Whether they were in your or my minds is largely a matter of where we started and where we ended up under their tenure in the office.

I want this to be a good four years. I know it will be a challenging four years.

But let us not be the ones to make it more complicated than it is already quite likely to be. Stay civically engaged and keep your neighbors well, no matter who’s dumb sign they had in their yard a few week ago. A person’s character and value should never be diminished down to judgement of a binary red/blue choice in a polling booth.

There is plenty of stupid on the way

That doesn’t make it malicious or evil. It does mean it needs to be opposed still because the result of these kind-hearted morons getting their way will be bad. They just do not see, or refuse to see, evidence because that evidence is mean spirited or some such nonsense. It’s the same misguided overcorrection which states that things like logic or objective standards and criteria are prejudiced. Assuming that a barrier to entry is in place to be mean, and is thus evil, is stupid.

Objectivity is never and has never been prejudicial. But just as it has no malice against you, it has no motivations for you either. Accept also that you are never completely objective, neither is anyone else.

Understand that, and as you begin these next rounds of policy discussions and debates, understand that many are coming at this from a place of strong emotion and misguided stupidity. Just read anything Shannon Watts has written, I’m sure it sounds great to anyone who doesn’t know better.

Her blathering on about how credit card companies should stop processing transactions for firearms for the safety of the children is about as nonsensically moronic is a blog telling you that shoving a Petoskey stone between your toddler’s buttcheeks is will align their auras properly to fight COVID-19 and make them a star student. Same dumb, different wrapping paper. Stating a farcical wish as a fact is still a farcical wish.

But don’t make the mistake of automatically assuming that they know how stupid it is. A colossal and repeated mistake we make as people, over and over again, is that we assume ‘they (whomever that ‘they’ is)’ know and understand the things we do. They almost certainly do not, that is why they are saying what they are saying. Ignorance and stupidity, not malice.

So be kind to them, they’re trying hard too.

Guns Guide to Liberals will be an excellent resource in the coming year(s). It is an utter shame more people have not looked into the information in the series.