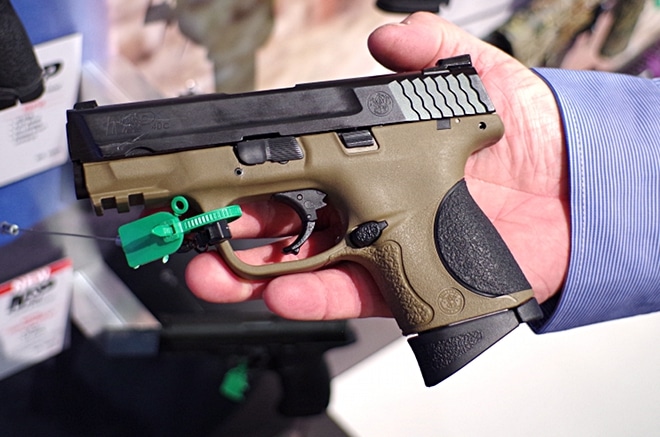 Smith & Wesson has had a solid year of new products including with a lot of tweaks and changes to their product lines, mostly focusing on their M&P series. They’re keeping up that trend with new colors and finishes with a new two-tone flat dark earth scheme and a faux carbon-fiber treatment for their striker-fired service pistols.

The carbon fiber finish is applied with a water transfer process and the guns have the same polymer frames as the standard handguns that have become some of the most popular self-defense and service pistols on the market.

If you’re a carbon fiber fan it looks great from a few feet away and it’s still pretty convincing up close.

The company is also rolling out packages with Crimson Trace lasers. The move is designed to give people a discount on the sets. The packages with laser sights cost upwards of $100 less than what a person would spend if they bought the handgun and laser separately.

Smith & Wesson is also getting in on the suppressor-ready action with new M&P pistols fit with extended, threaded barrels chambered for 9mm and .45 ACP.