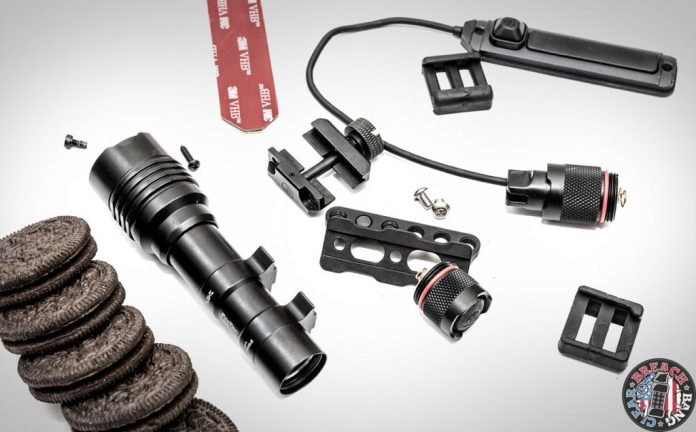 Streamlight pistol lights are probably the most commonly used weapon mounted light in American law enforcement. Realistically speaking, I don’t think most would put the Streamlights into the ‘A+++’ category, but they’re usually adequate and hold a decent value/performance rating. Something Streamlight has been missing from the lineup is a dedicated rifle light or two. Sure, people have been mounting TLR-1’s to rifles since they were first introduced and others have been rigging up handhelds in various manners. Even still, it’s not quite as good as just having something literally made to do it.

Streamlight listened. They released the ProTac Rail Mount series, and it has a very clear target in it’s sights: The Surefire Scout Light. 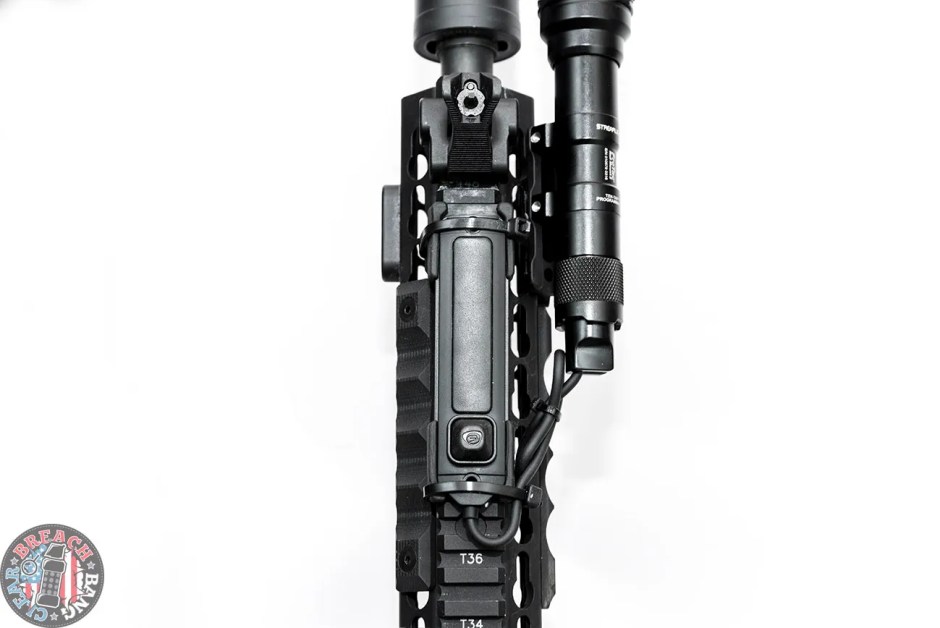 Cracking open the package you’ll find everything you need to get started: 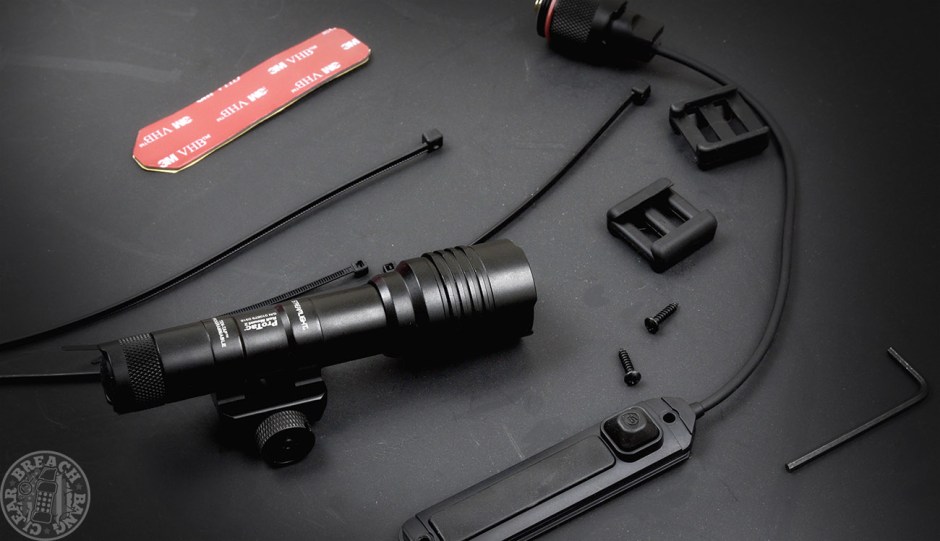 Just add a rifle and you’ll be good to go.

Size wise you’re looking at something slightly longer than an M600 Surefire Scout light, but not enough to make much of a difference. 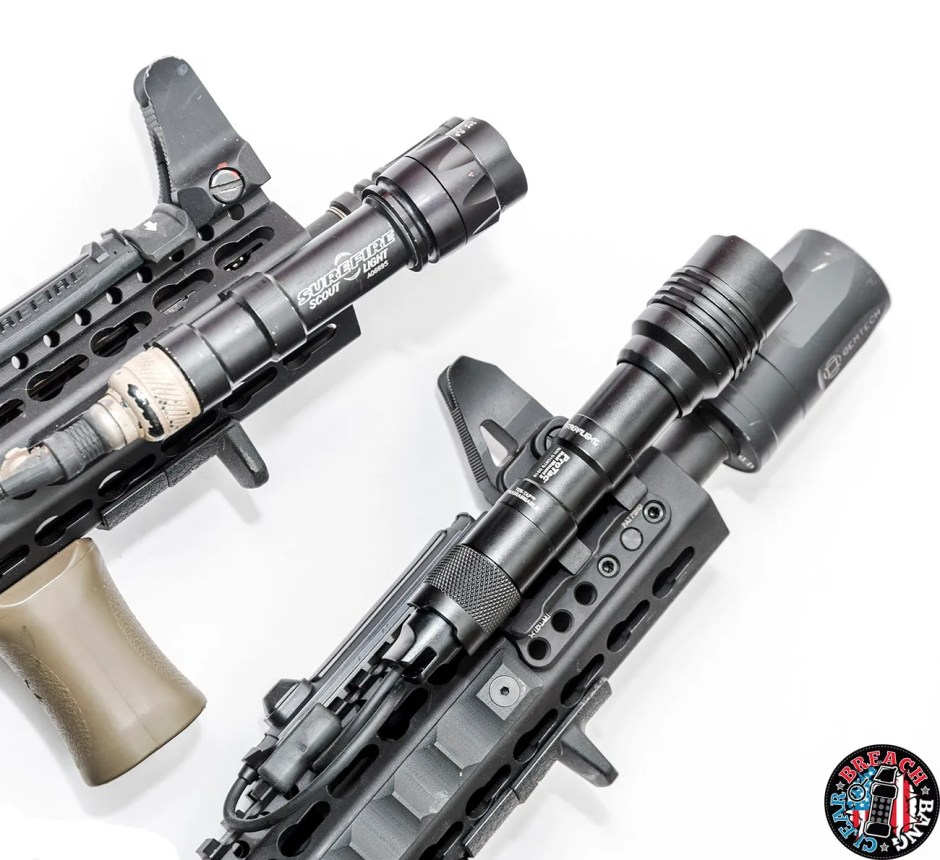 Let’s just roll down the parts and talk.

Body
The ProTac Rail Mount 2, like many things these days, is made in China. That being said, it doesn’t have that “China feel” to it. IE: the finish is deep and even, and nothing appears to be cheap. While the head cannot be completely removed from the body (I suspect it’s held in place with a thread locker of some variety), the lens and reflector can be detached to expose the raw emitter. As an aside, without the lens and reflector you get pure diffused light upon activation. There’s an O-ring on the body for weather sealing and there doesn’t appear to be a way to remove the LED emitter itself. 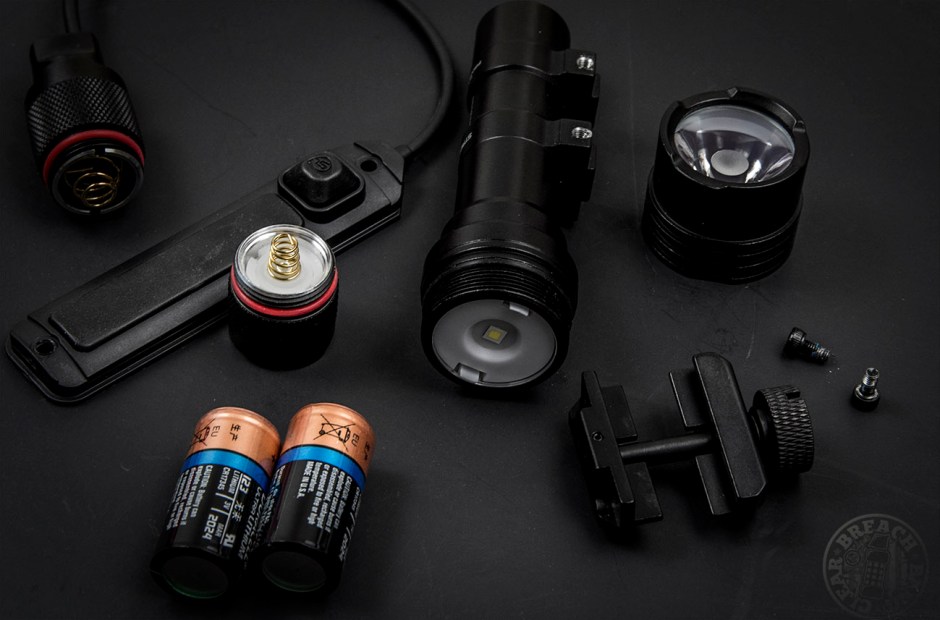 The ProTac Rail Mount 2 comes with an integral Picatinny mount, and as luck [*ahem*] would have it, it’s also 100% compatible with Surefire Scout mounts. If you already have a favorite, you can run it. It should be noted that while the ProTac Rail Mount certainly fits on Arisaka Scout mounts, the head and tailcap themselves are different than a Surefire Scout so you can’t run the excellent Arisaka low-profile bodies.

Push Button Tailcap
The push button tailcap can activate the light either with a soft push for momentary-on, or a full click for constant-on. The button is nicely recessed to help prevent white light NDs. There is a decent amount of knurling for swapping or removal, and a bright red O-ring for weather sealing.

Remote Switch Tailcap
In lieu of a separate tailcap and remote switch ala’ current Surefire lights, Streamlight opted for a tailcap with an integral remote switch. This means that routing cables may be more of a pain in the ass, and if you want to swap batteries while the tape and light are mounted things can get a bit twisty. In order to help prevent broken wires, Streamlight took the extra step of a adding a little perpendicular routing channel into the tailcap itself if you have to mount the light at an off-angle. The integral cable is ~7″ long. 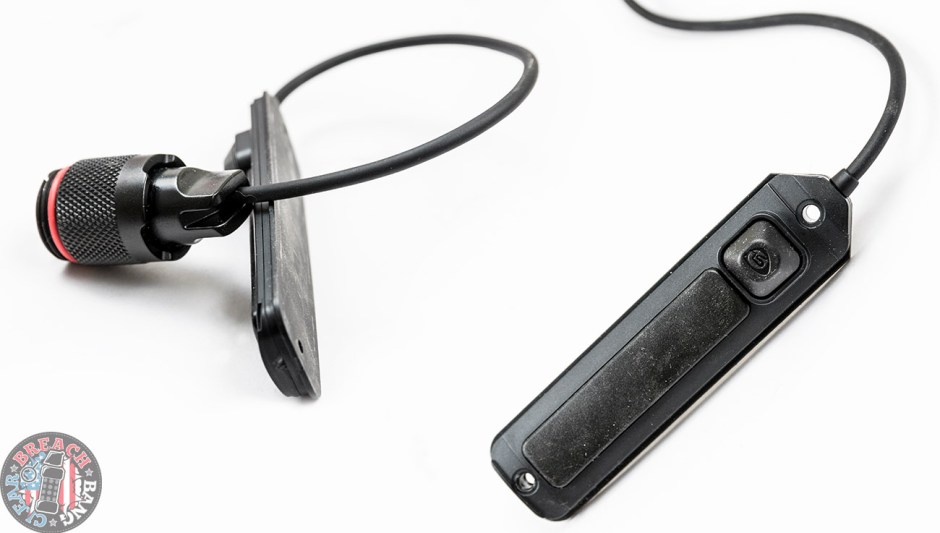 Like the excellent Surefire SR-0[x] series of switches (which are the only remote switches I’ve come to trust), there are two buttons on this remote activator. The long rectangular pad is for momentary-on, and the button is for constant-on. When the light is switched to constant-on, the momentary pad is deactivated. One can also use the constant-on as a momentary switch exactly in the same manner as with the push button tailcap. The momentary pad is a soft rubber that unfortunately attracted all dust and dog hair in the house immediately upon unpacking.

Unlike the Surefire SR-0[x] series of switches, the ProTac Rail Mount remote switch does not have an integral mount. Instead, Streamlight chose a more modular approach. You can use the included rail grabbers, the adhesive tape, or zip ties. When mounted on the top rail, my preference due to the ease of ambidextrous use, it’s pretty low. 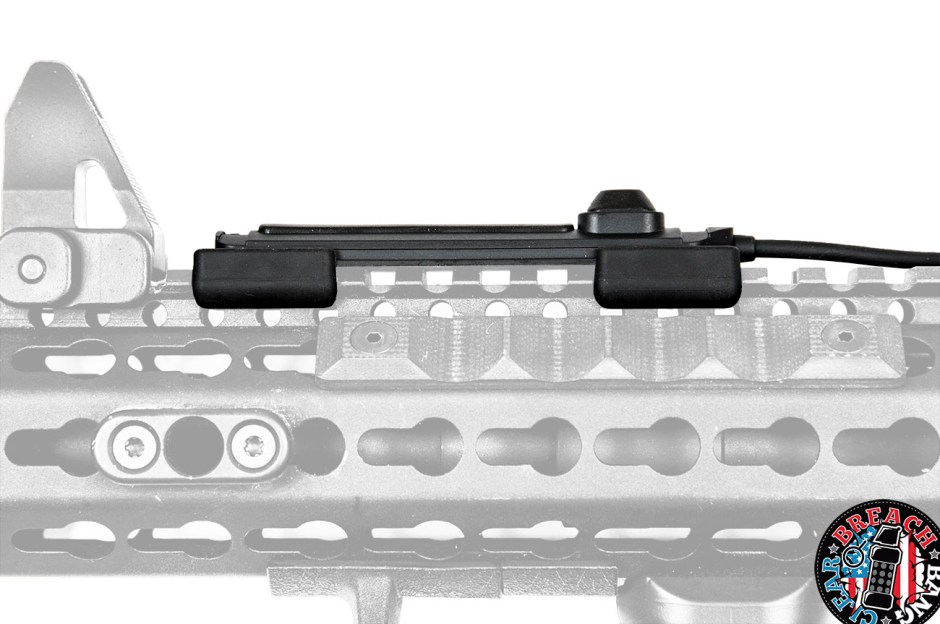 There are two slots specifically molded for extra fastening with the included zip-ties, which I definitely recommend you utilize. There is a little front/back play without them.

But–those holes in the switch. Those holes on the switch happen to line up exactly with a Centurion CMR rail system. But there’s a problem: the holes have too small of a diameter to accept the appropriate screws for a CMR compatible rail.

So of course, I reamed them out. Normally I’d have some trepidation about performing this action. After all, there are obviously wires and whatnot inside. Someone had to do it though. I used a hand reamer and I was careful. And after grabbing some rando screws……? 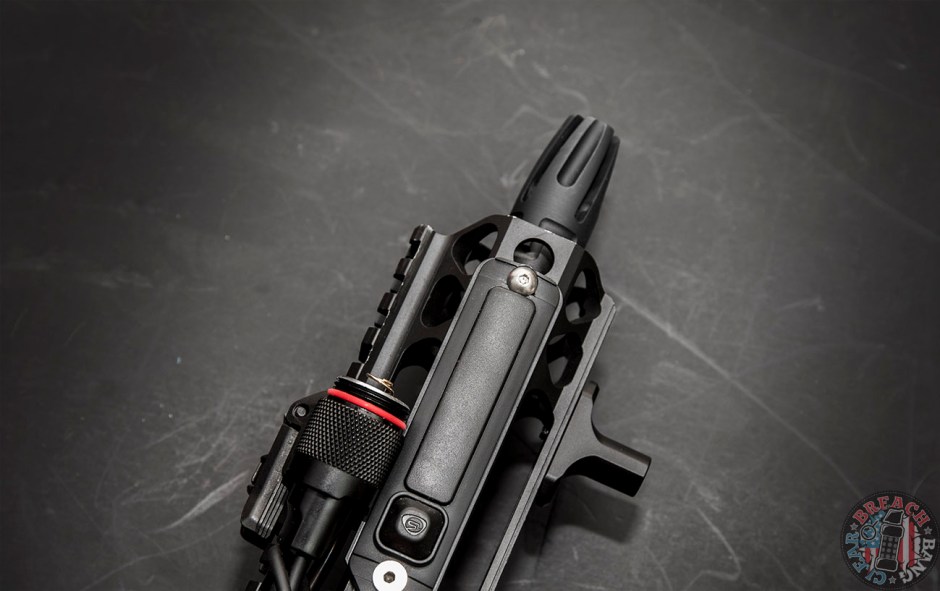 Fits. Direct mount to a Centurion CMR compatible rail. But I didn’t stop there. 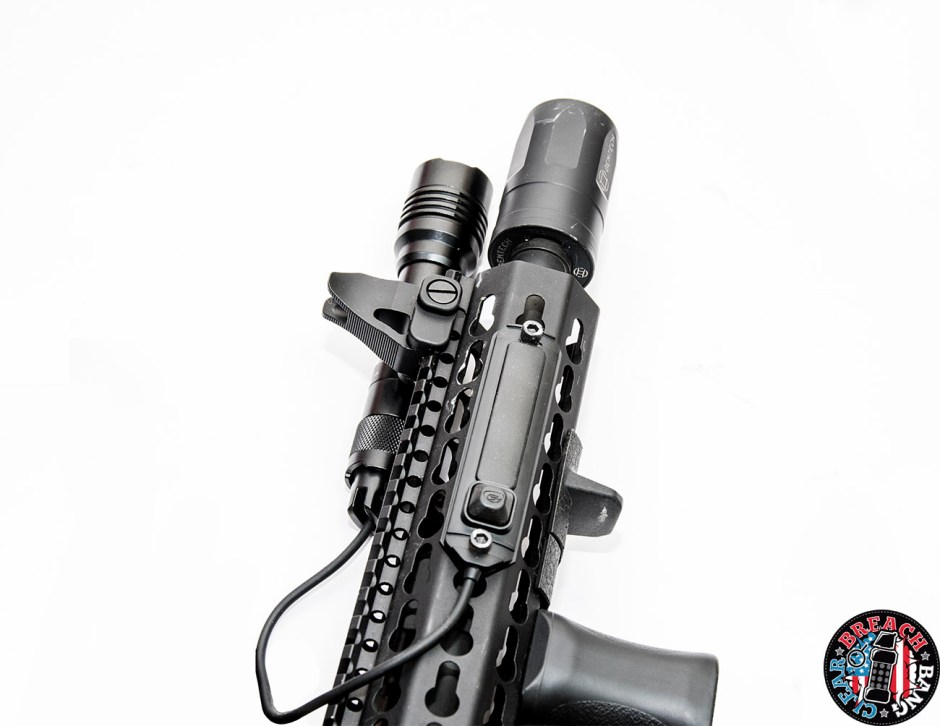 Fits. (I used oversized machine screws I found in the shop because the standard screws were a tad too short). 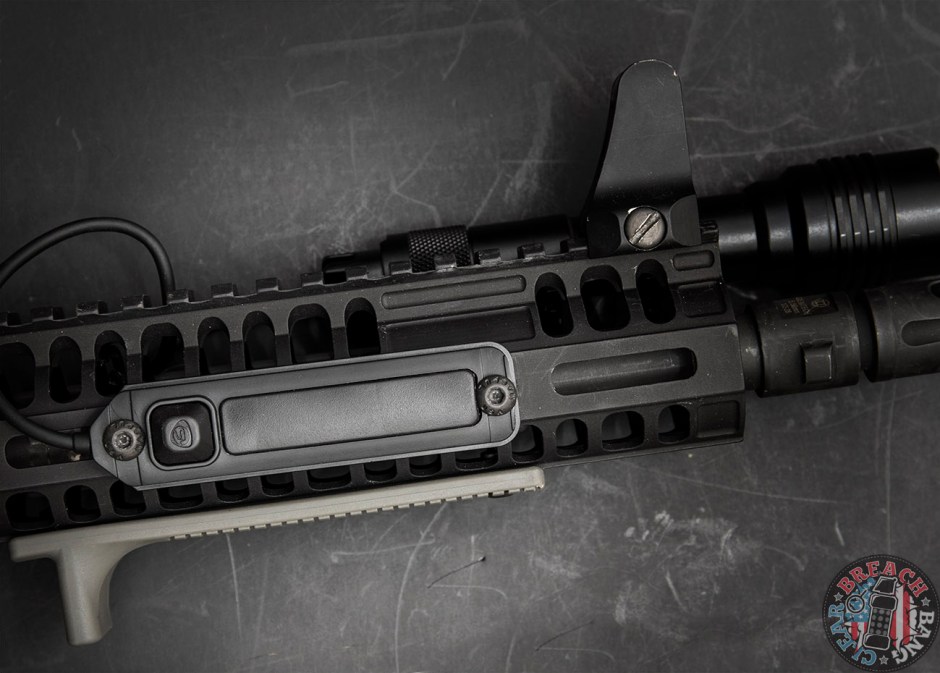 While Streamlight doesn’t advertise this, nor as far as I know advocate this–it can be done. No, you don’t have recoil lugs or locking pieces, but provided you have the spare hardware, you can direct-attach the ProTac Rail Mount to CMR, KeyMod, and M-LOK with some minor modifications.

How about you make the holes a tad larger in the next version, Streamlight? 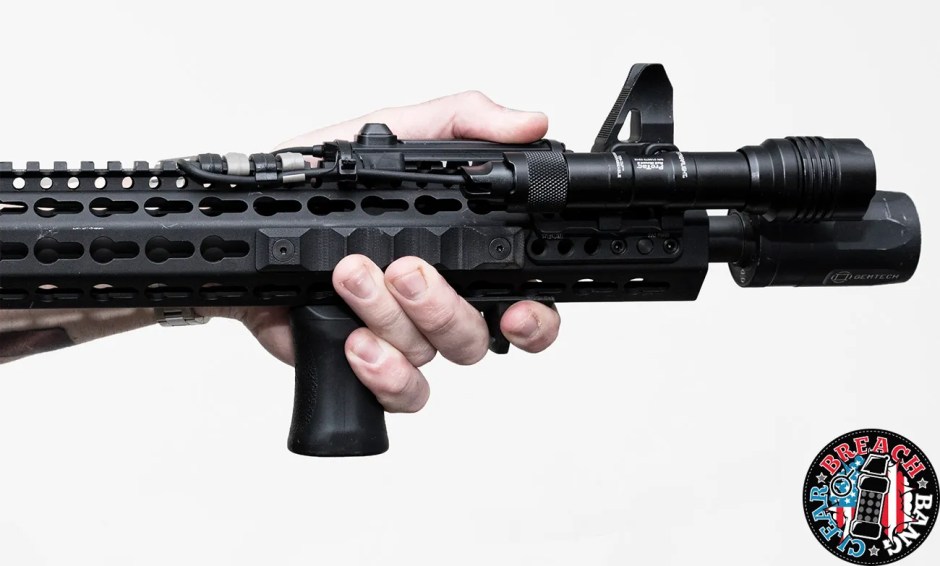 Programming
It’s usually a good thing when a company gives people what they want; unfortunately some people are stupid so you end up with things like a strobe function. Thankfully, it’s very easy to disable. The new Streamlight dedicated rifle options have ‘TEN-TAP’ programming which allows you to easily switch modes. Starting with the light off, you activate the light nine times in quick succession, and then hold it down on the tenth. The light will switch to the new mode, and then shut itself off. All in all it’s not a terrible method, and it’s pretty hard to switch modes accidentally.

To activate the secondary function, you simply press the switch twice in quick succession. Frankly, I haven’t practiced this at all because as far as I’m concerned, the ProTac Rail Mount 2 only has one mode: High/High. Also, it’s worth a mention that the flashlight is smart enough to remember the last mode you used, even if you’ve removed the batteries. As previously mentioned, the ‘High’ with the ProTac Rail Mount 2 is 625 lumens. The ‘Low’, giving me flashbacks to the best weapon lights of 2002, is 60 lumens. 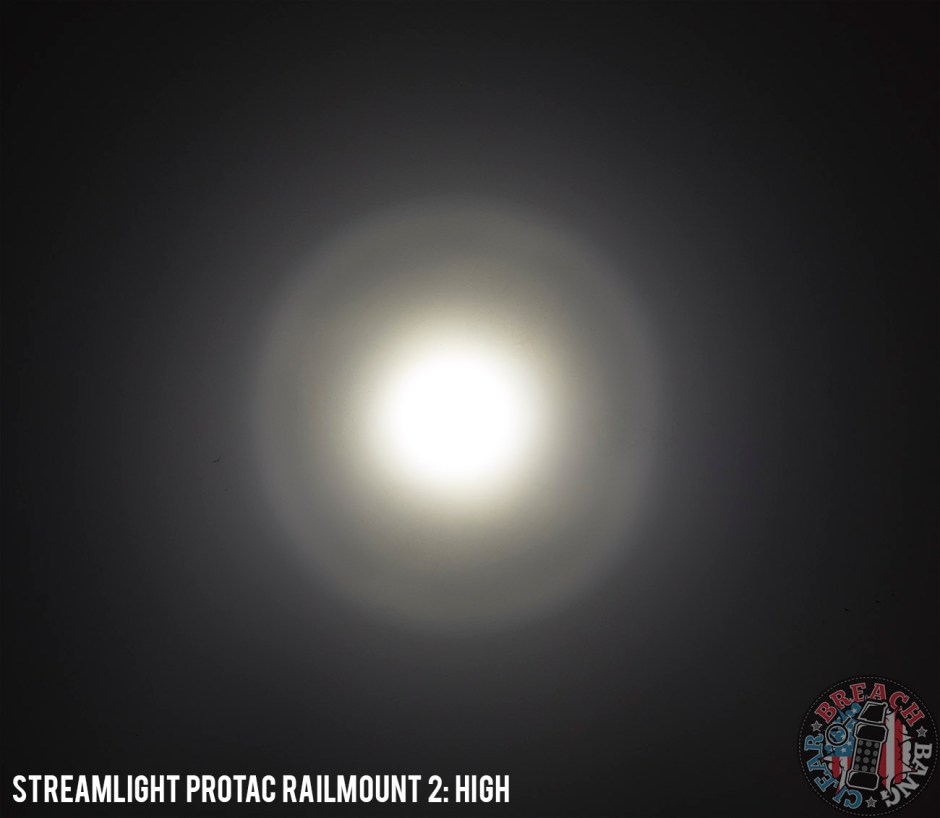 Low setting. Give it a good look, because this is the only time it’ll be there. 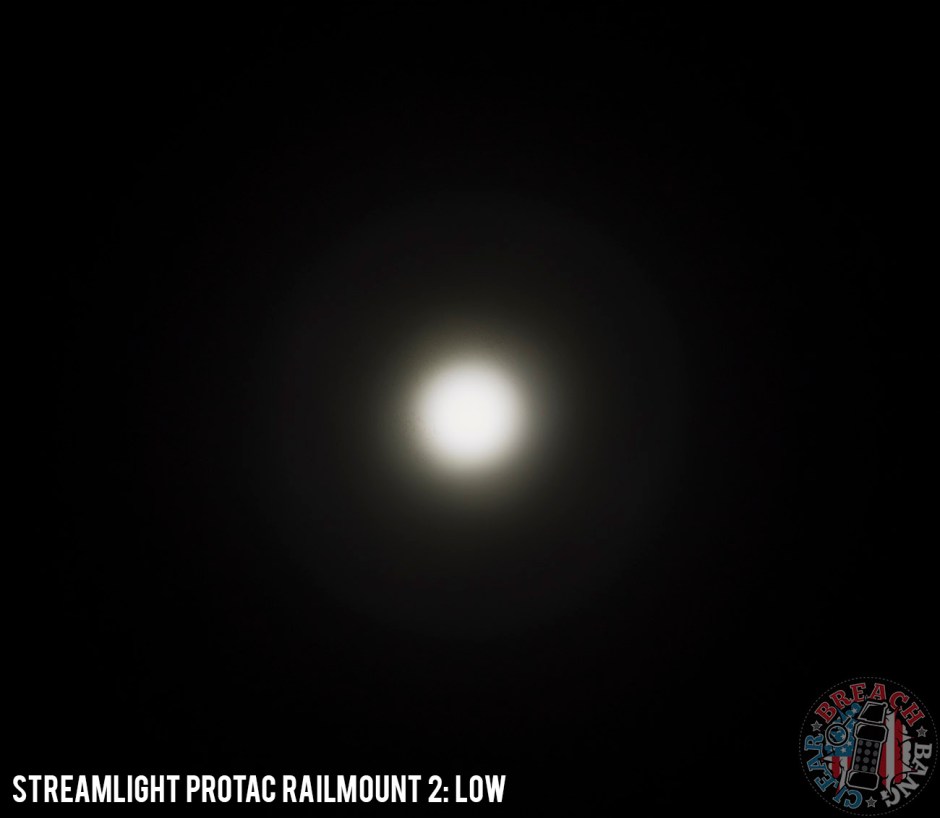 Animated gif image of the two:

An X300U-A for comparison purposes: 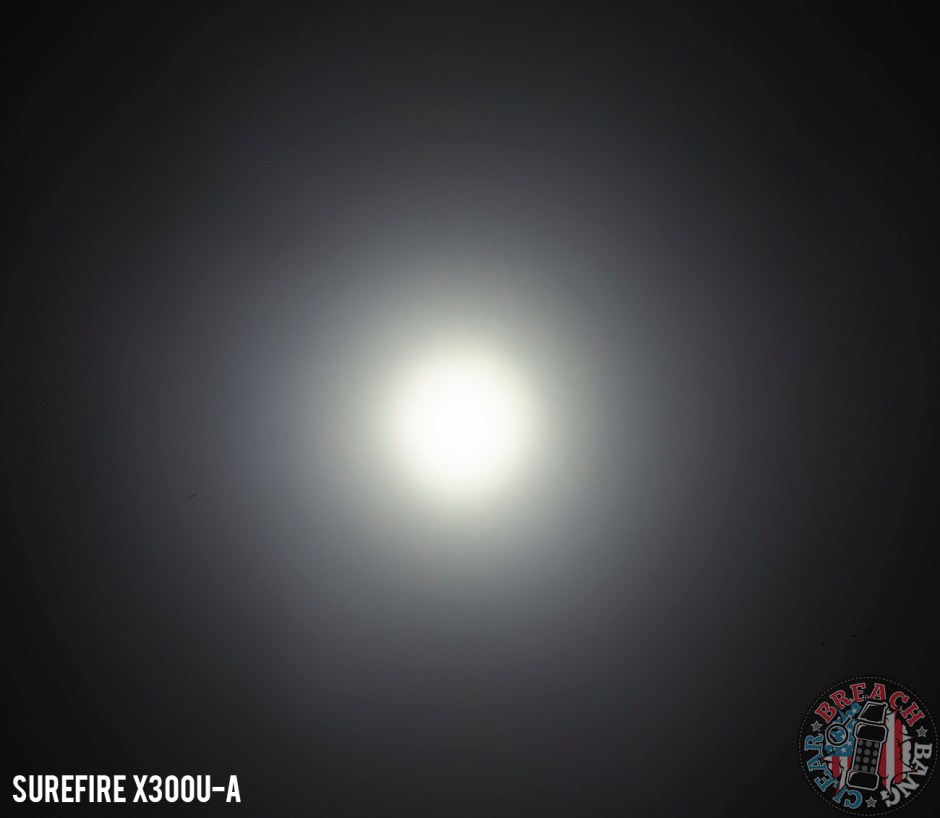 Conclusions, Concerns, and the Future
My favorite feature on this WML is also my greatest concern. Namely: the remote switch. I like the conscientious care Streamlight put into designing it, but even trusting one tape switch (the Surefire SR-0[x]) took a long time. We will see how it’s all holding up in the months (years?) to come.

So long as it holds up into the future, the Streamlight ProTac Rail Mount 2 hits way way above it’s weight class. With cautious optimism combined with a limited lifetime warranty (which I no doubt violated by mucking with the switch)–I will move forward and get more.
-DFM

You can find out more information about the Streamlight ProTac Rail Mount 2 online here.