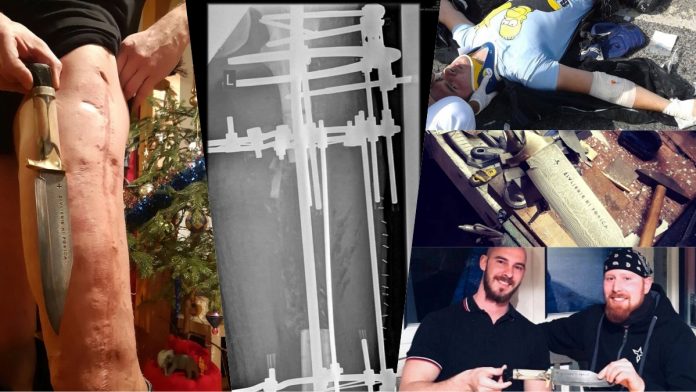 Talk about a lemons and lemonade moment (Photos: Lenart Perko)

After a motorcycle accident left a man with more metal than bone in his left thigh, he decided to upcycle the smashed remains left over from the operation.

Slovenia knife maker Lenart Perko this week posted photos of a blade he crafted for Moreno Skvarča recently. In addition to 15Ni20 nickel and 1095 Damascus steel, the blade’s handle was made from bone fragments provided by the motorcyclist. 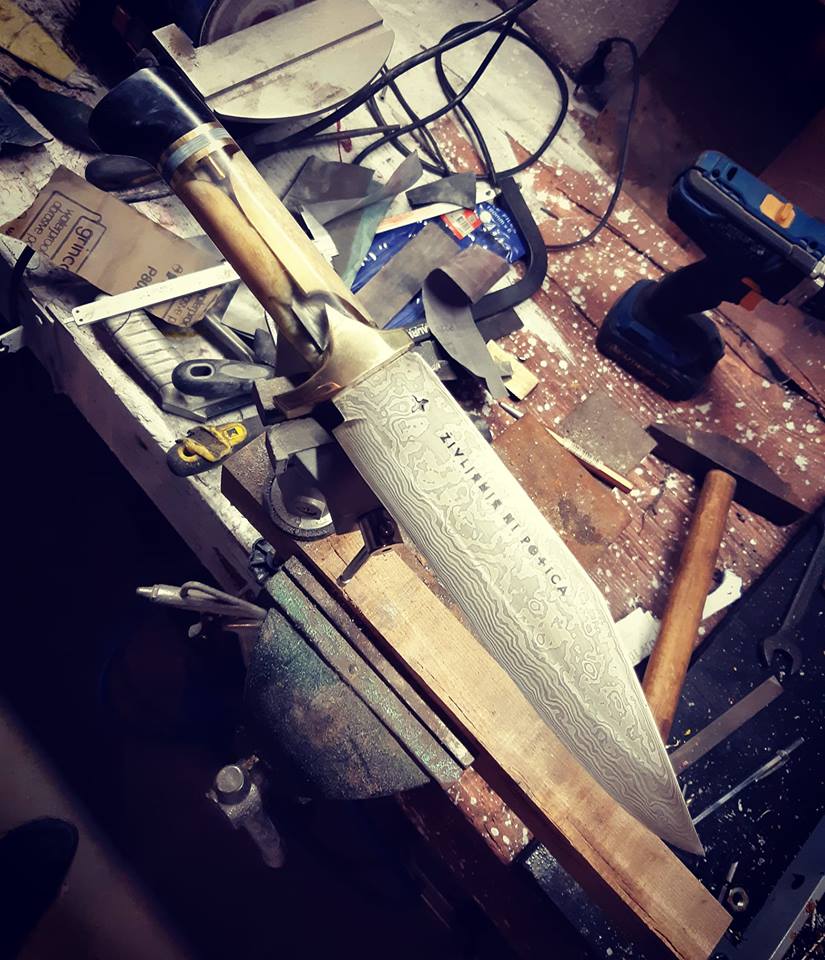 The etched text on the blade in Slovenian means: “Life is not a piece of cake.” Perko said he had to stabilize the bones with heat activated resin.

“Doctors told him that he could never walk again,” said Perko. “He walked away with a knife of his own.” Skvarča reportedly recovered completely, and the blade maker wished him the best but hoped, “I never have to handle his bones again.”