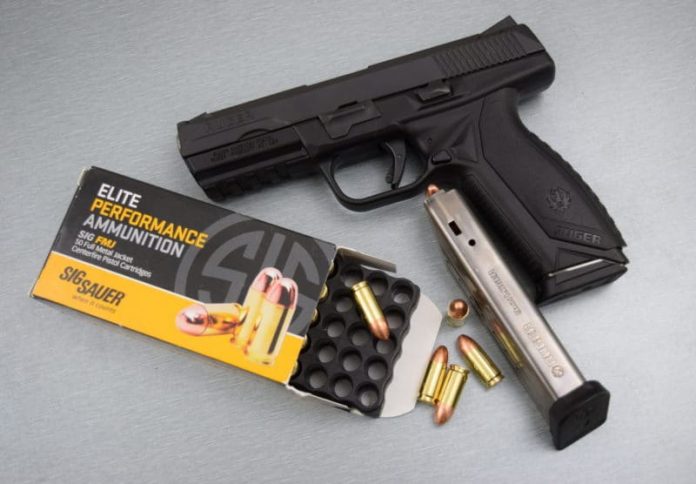 With either type of ammunition, the rear of the casing must be struck with enough force to ignite the primer, which catalyzes the gunpowder explosion that ultimately propels the bullet from the cartridge through the gun barrel.

Lightning Strike’s titanium [captured] Glock striker. Image courtesy of lspi.comIn striker fired pistols, the striker is the component that strikes the casing, dimpling it and igniting the primer within. Glock calls their striker fired system “safe action.” As the trigger is pulled, the three inline safety mechanisms are disengaged, and the striker is moved rearward within the pistol. This increases the tension on the firing pin spring. When the trigger bar releases the firing pin lug, the striker moves forward as the firing pin spring relaxes. This motion causes the striker to impact the base of the round in the chamber, which fires the round.

Manufacturers such as Kahr Arms, Beretta, and Springfield Armory all utilize similar variations of this function. For example, Springfield’s XD series fully tensions the firing pin spring upon chambering a round, compared to Glock’s partial tension until the trigger pulls and increases the spring tension.

Striker firing seems somewhat complex, but, in fact, it involves fewer parts than the older hammer fired system (which will be the subject of future posts). There are a couple of benefits to striker fired pistols in the area of concealed carry. Firstly, there is no external hammer, allowing for a more snag-free design. It also ensures that each trigger pull, from the first through the final round of the magazine, has the same weight of pull. Some consider the lack of external safety on striker fired guns to be an advantage in self defense situations because it allows the operator to fire upon their assailant(s) with fewer steps (no need to disengage a manual safety before firing). But, there are others who feel that it presents a safety risk to carry a pistol without external safeties. The preference for the more traditional hammer fired or the more efficient striker fired systems is still a subject of much debate. What is your opinion of striker fired guns?