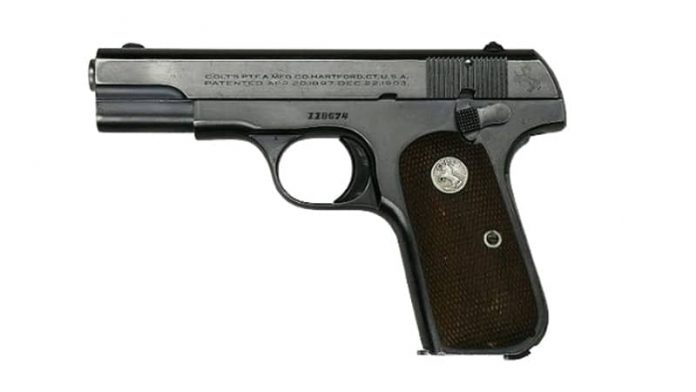 Blowback operation is only one manner of making a gun fire, but it is interesting in its simplicity. It is a style seen in some older guns, like Bond’s Walther PPK or in the Colt Hammerless 1908. The method of blowback function impacts both firearm design and performance. With the blowback style of operation, the force of the pressure caused by detonating the gunpowder within the casing causes the bullet to hurtle forward, exiting the barrel. But, as Newton’s second law teaches, for every action, there is an equal and opposite reaction. That is, as the bullet speeds off in one direction, the same force acts in the opposite direction upon the slide. As the barrel and frame of most blowback designs are integrated, the slide moves rearward, compressing the recoil spring and ejecting the spent casing. The recoil spring then forces the slide forward again, stripping the next round from the magazine and pushing it into the chamber.

This operation gives the sensation of recoil a very different feel from short recoil operated handguns, such as the M1911 or Glock 17. The sensation is a pronounced, snappy kick, and the visible result is in its muzzle flip. Because blowback operation uses the mass of the slide to keep the breech closed during firing, older blowback pistols were generally limited to smaller (lower pressure) calibers, such as .25, .32, or .380 ACP. However, there are some larger caliber blowback operated pistols, like the HiPoint .45. What has your experience been with blowback guns?