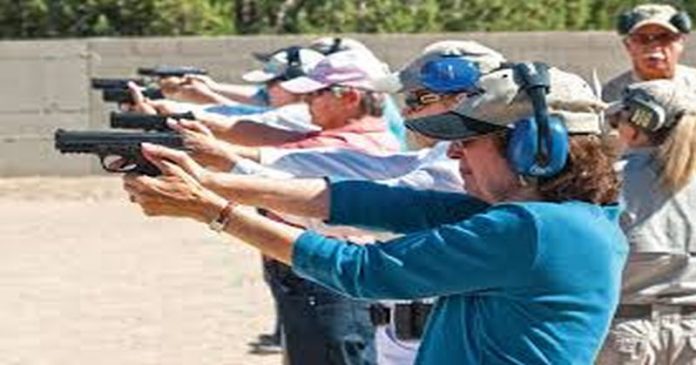 All you hear about is “gun violence”, not the well-earned safety record of gun ownership in America.  A few facts:

Shooting for fun–
The most common use of a firearm is recreation: training, practice, competition, and hunting.

The industry trade group for the shooting sports is the NSSF -National Shooting Sports Foundation- which estimates there will be 12,000,000,000 firearms’ cartridges sold in the US civilian market in 2021. That is 32,000,000 cartridges a day used for fun. Half are .22 Long Rifle.

Firearms fit many purposes. Like shoes, the gun owner must find the right gun for the right purpose and one that fits. Most guns are seldom if ever used and they sit in storage day after day.

At any given time, one in twenty persons around you are armed.

Self-defense incidents–
Armed citizens defend themselves at home, at work, and in pubic.

Government numbers vary depending on which report you read. Reports vary from a low of 500,000 to a high of 3,000,000 cases of armed defense each year.

1,500,000 may be the best estimate, based on the frequency of armed defense from numerous reports at the CDC (United States Center for Disease Control).

Thus, citizens used a firearm to stop criminal activity about 4,000 times a day.

Most armed self-defense incidents end with no shots fired. Most criminals stop and run away when an armed citizen simply presents his or her gun.

Legally armed citizens shot and killed a criminal 344 times in the entire year of 2019, less than once a day.

Criminal activity–
There were over 1,200,000 reported cases of violent crime in the United States in 2019. Those are cases of murder, manslaughter, rape, robbery, and aggravated assault.

There were 10,000 cases where one person killed another with a firearm. That includes all types of guns. Most of these incidents are gangs fighting over territory and crimes of passion.

Gun owners are remarkably law abiding and non-violent–
With surprisingly few exceptions, your gun owning neighbors act the way you want them to act.

They save lives thousands of times a day because they are armed and resist attackers.

They understand the responsibility to act, act safely, and statistics show this fact.

— Rob Morse blogs at slow facts and elsewhere, and podcasts about the right of self-defense. He competes in local IDPA matches and is an NRA pistol instructor.

All DRGO articles by Rob Morse