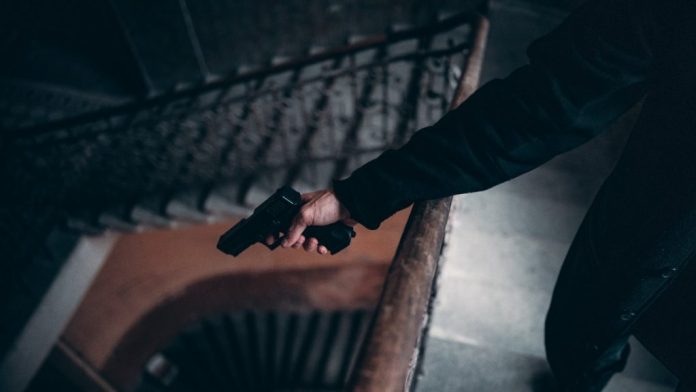 [Ed: New to DRGO and recent to motherhood, Ms. Young has lived the threat and knows how to face it.]

No matter what country, state, or city you live in, every neighborhood has pros and cons. Most big cities in the United States tend to have “good” areas and “bad” ones, though it is unclear to me exactly what differentiates one from the other. What I do know is that too many neighborhoods are wracked by the (supposed) “gun violence” and abuse of gun ownership.

I had a horrible experience in the past, which made me realize that carrying a firearm for self-defense is vital. I have a 2-year-old child and we live in Tolleson, which is among the 10 most dangerous towns in Arizona, so I am fully committed to protecting myself and my family by arming myself and maintaining gun safety.

Regarding firearm safety and awareness, here are two important things to consider:

DRGO released the story of a young woman, Shayna Lopez-Rivas, who was denied her Second Amendment rights just because she was seeking mental health help for an ongoing case of PTSD. As a rape survivor, this woman had already gone through many painful experiences, so she was simply looking to protect herself just like any other citizen.

Psychiatrist Dr. Robert Young, DRGO Editor [Ed: no relation], explains the importance of gun ownership very clearly. He describes the Right to Keep and Bear Arms using the words of St. George Tucker: “the palladium of liberty”. According to Dr. Young, owning guns is a basic individual right just like all other rights of the American people. He also adds that for society to be successful, it is the responsibility of the individuals to care their own safety and the safety of others.

Shootings are not only a societal problem, but they are also a matter of public health. Not just physically, as commonly held by anti-gun academics, but because they can deeply affect survivors’ mental states. At the same time, you should not want your child to hate or reject guns simply because of the risk of misuse. Teaching gun safety is much more effective than banning guns from the home or society. Every citizen has the right to own a firearm, and this right should not be denied based on someone’s mental health short of dangerous ideas.

Make Sure Your Child is Safe in Other Homes

When my child grows older and asks me to spend time at friends’ houses, I will support that. However, I will make sure that neither he nor his playmates come in contact with unsecured guns while they play. I will share my family’s safety measures and will discuss theirs with the playmates’ parents.

Sadly, many neighborhoods have been targeted for their endemic violence, which has led children and adolescents to poor life outcomes and self-perpetuating cycles of deprivation and crime.

In 2019, Everytown Research reported a study of 7-year-olds, showing that 75% of those who lived in urban neighborhoods had heard gunshots at least once, 18% had seen a dead body, and 61% worried that they might get injured or killed.

To prevent children from developing misconceptions about the use of guns, they must understand the deeper meaning behind gun ownership, which is instilled in the country’s Constitution. Parents have the responsibility to communicate openly with their children, explaining the importance of staying safe when using a gun and how they should behave when they see one. As per the US Constitution, citizens cannot be prohibited from firearm possession. However, parents should be aware that kids have a natural curiosity about guns, therefore lack of education about the matter may cost their life.

Parents should explain to children that if they ever come across a gun, they should immediately leave the area and find an adult. As they get older, conversations may be expanded to discuss the difference between gun use in TV shows and video games vs reality. A good way to keep the topic alive is by using the TV news as a starting point to talk about how dangerous guns can be and how to stay safe.

Among the debates about gun ownership, my focus is on the use of guns for self-defense. In particular, firearm use should be evaluated not by how many people have died in shootings, but by how many lives have been saved because of their defensive use, not even fired in 90% of cases. As a mother, I will teach my son that defensive gun use is much more than just owning and carrying a weapon. Successful gun defense occurs when crimes are prevented rather than when someone gets killed. Numerous studies have shown that defensive gun use is more protective than restrictionist anti-gun laws.

Violence can shape the lives of children who witness it, leaving them living in fear that they will become victims. Showing that you are prepared to defend them reassures them that their lives are precious, that they will be kept safe. Teaching them the rules of firearm safety and shooting skills as they grow up encourages them to take their safety into their own hands, as we all must in the end.

— Mom, wife, and pro-gun writer. Ms. Young live in Tolleson, AZ where the crime rate has been higher than almost 99% of American cities. A horrible personal experience made her realize the importance of gun ownership and self-defense.

All DRGO articles by Marcie Young