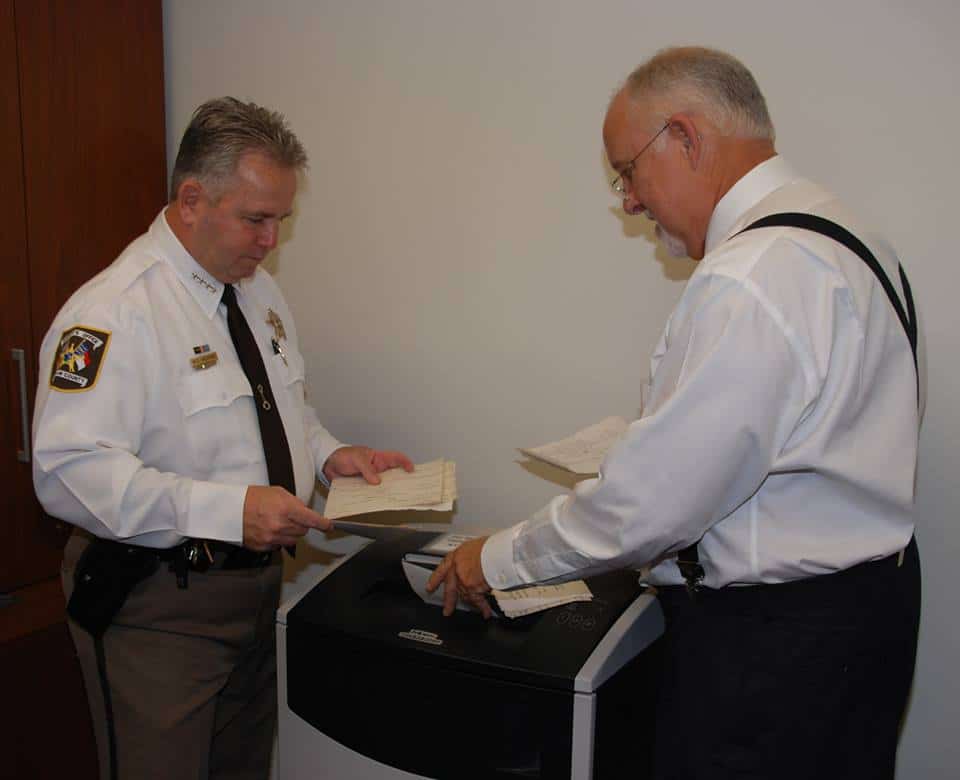 Ever since a Jim Crow-era firearm registry in Durham County was repealed by the North Carolina legislature in June, a battle has waged over what to do with cabinets of leftover records that have finally seen their conclusion.

The law, enacted in 1935, required gun owners to register their firearms with the county clerk. Repealed by unanimous vote of the state house in Raleigh, attention soon turned to the files themselves, gathered over eight decades. Durham County’s Superior Court clerk, who is responsible for the files, said they had historical value and called them a time capsule of sorts for gun registration that spanned almost a century. The clerk proposed to donate them to the state archives to endure in perpetuity.

A local gun rights group did not agree, however, and promised legal action if they were not destroyed. This led to the documents being shredded wholesale Monday after the county cleared their destruction with the state.

“In its 2013 session, the General Assembly repealed a 1935 law that had required Durham residents to register their firearms with the Durham County Clerk of Court,” read a statement posted on the Durham County Sheriff’s Office social media page Monday. “The State of North Carolina granted Archie Smith, Clerk of Court, permission to destroy the records. Sheriff Andrews was on hand this morning to observe and assist with the destruction.”

A local gun rights advocacy group, Grass Roots North Carolina, had long pushed to have the original county ordinance requiring registration repealed. Then GRNC spearheaded the drive to have the forms themselves destroyed, even going as far as penning a stick-or-carrot letter promising either legal action if the county refused to scrap the forms, or offering to pay for commercial shredding of the documents if they did not.

“The illegal registry records were shredded per GRNC instructions, although the generous offer to provide assistance were not taken advantage of,” said GNRC President Paul Valone in an email to Guns.com.

The registry was the only one of its kind in the Tar Heel State and now fits into a number of trash bags awaiting recycling.