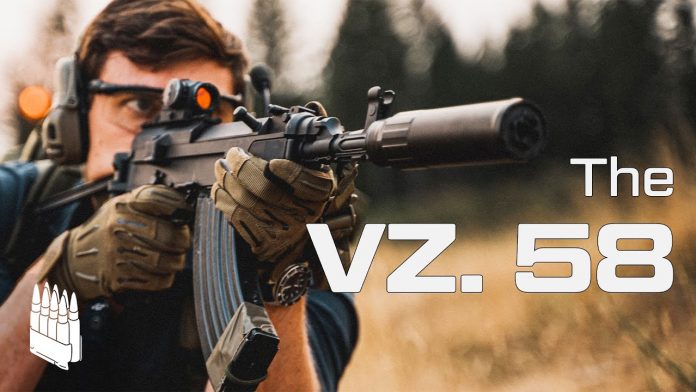 My favorite vz. 58 fact has to be that, in the movie Lord of War, renting 3,000 real vz. 58 rifles was the most economic way to fill the racks upon racks of weapons needed for the scene.

Czechoslovakia was a nation state created at the end of World War I when it declared independence from Austria-Hungary. It was part of the Warsaw Pact and post-WWII, when the Soviets said everyone needs to shoot 7.62×39 for logistics, they didn’t just pick up AK’s.

They made their own cooler different rifle, because screw mainstream AK fans! IPA’s are awesome! Or something like that.

What the combined Czech and Slovak nation did was produce an excellent short stroke piston rifle that they made nearly a million of and when it hit the states, like the CZ firearms, the vz. 58 was an inexpensive hidden gem of a fighting rifle.

It still has the rock in magazine and fixed charging handle of its AK peer, but the open top piston operating system and lever style safety sets it apart exteriorly. Beyond the basic shape and the fact they emerged out of a similar tech base, they are entirely different weapons. Nothing but the ammo being compatible between them.

The rifle served until after the cold war, still does in some places, but with the Czech’s the Bren and Bren 2 are bringing the up to NATO modern standards of small arms.