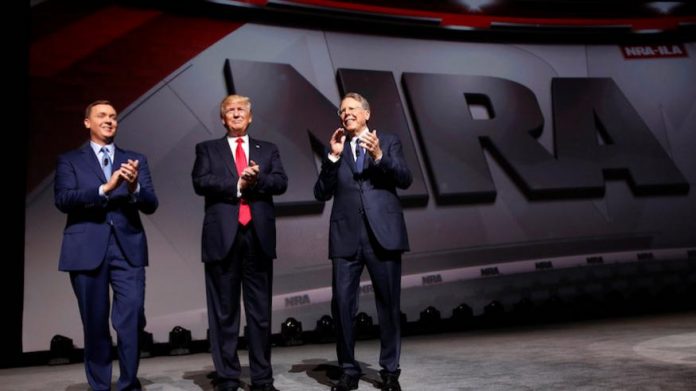 With the enacting of age increases for purchases, magazine capacity bans, and the reclassification of bump fire devices, the Second Amendment has taken some significant direct fire this year.

It wasn’t all bad news but lets face it… it was rough.

10 States banned bump fire stocks in an asinine gesture to say “mass murder is bad.” Hawaii kicked that effort off in July with a unanimous passage.

In Hawaii, which has an estimated 1.6 million registered guns, according to the state attorney general’s office — around 150,000 more guns than residents — some people have legitimate reasons to own firearms, Rhoads said, alluding to the state’s feral pig problem. But, he said, there’s still a desire to pass gun-safety measures. Hawaii has some of the strictest gun laws and fewest gun deaths in the country, according to the National Center for Health Statistics.

“For us, it’s taking away the final loopholes,” Rhoads, a Hawaii legislator, said.

The ATF then reclassified them as machine guns last week.

Eight states enacted “Red Flag” laws, with Hawaii wanting to be the ninth, that allow various levels of non-adjudicated intrusion and property confiscation. Texas is even considering a ‘Red Flag’ law this legislative session.

Gun Control efforts are evolving as we head into 2019. As we enjoy the festivities of New Year’s Eve and the annual anticipation of SHOT Shot, we’re going to have work to do on the legal front.