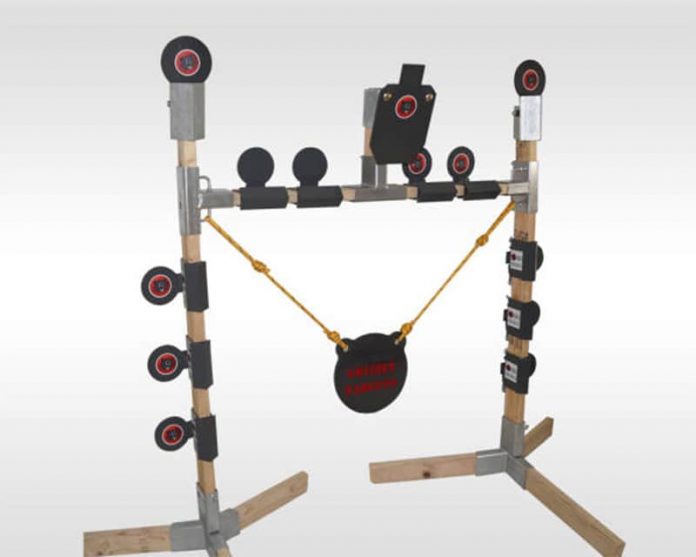 Grizzly Targets is one of the up and coming companies that you might have over looked at SHOT Show 2017 if you were there. If you missed out on them have no fear, we are working with this Florida based company to bring you the latest and greatest in AR500 grade steel targets. The Tampa, Florida based company offers a huge array of targets in several different configurations.

We reached out to Grizzly Targets after we received a press release from them and we liked what we saw, we like it so much that we are in the beginning stages of seeing if we can’t work up a sort of show and tell session about them. The second part of that whole process is that we are thinking that one lucky fan might enjoy winning some form of Grizzly Steel Targets for their own use.

Here is a little more about the company straight from them.

That all sounds great, but how often to do we actually get to see a real life example unfolding before our eyes?

Welcome to Grizzly Targets. Faced with a company that was about to shut down, 36 year old entrepreneur and marketer Jeremy Griffin took matters into his own hands and prevented the company from becoming just another statistic.

Grizzly is now in the process of creating the model for small manufacturing in modern day America.  From profit sharing to technology, along with good old fashioned hard work and customer service, Grizzly Targets is not only back but making a case for comeback story of the year.

Jeremy and shop manager Mark Askren (still with the company, featured on homepage of website) helped launch Grizzly from Mark’s garage back in 2013, and are now steering the company into 2017 and beyond.  Changes include profit sharing and share options for employees, a re-commitment to both customer service and strategic partnerships, while continuing to create and deliver some of the industry’s longest lasting AR500 steel targets on the market.How to follow along?

This is the perfect opportunity to create an online series that not only allows viewers to follow along, but to learn all the ins and outs to being a startup. See the headaches, and see what works.

And that is exactly what Jeremy and Mark are in the process of doing.  Sweat-N-Steel is set to begin airing late April with the first episode dropping in early May, and has already been given the green light by several industry media channels for distribution.”