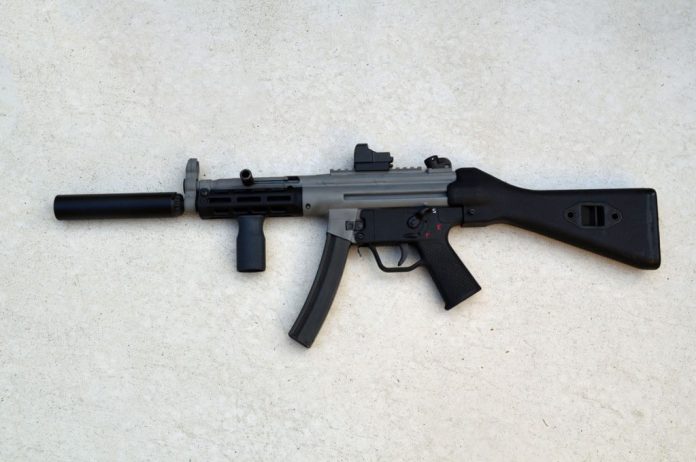 Modular silencers seem to be all the rage these days, and for good reason. When laying out $200 for a tax stamp on a depreciating item, most shooters want more bang for their buck. However, a lot of us look at the ability to shorten a silencer as more of a “nice to have” item as opposed to a “need to have”.  Let’s face it, saving a couple inches in length or a few ounces in weight makes sense if you are humping your gear for miles on end. Yet, when the most you have to move is from the truck to the firing line or running a five-hour tactical class, you would probably rather see that savings in terms of dollars as opposed to weight.

Modularity tends to make certain cans unaffordable, and it’s simply not always a necessity. In many cases, shooters just want a high quality and effective suppressor. Griffin Armament kept that in mind when it came to designing the Resistance 9. The end result is a can that is strong and quiet.

Based on their modular Revolution 9, Griffin Armament’s Resistance 9 is a completely user-serviceable silencer. You can take it apart till your heart’s content, clean it and put it back together. The tube is 7075 aluminum and the baffles are 17-4 stainless steel, assembled with anti-rotation features so you can’t put it back together all cockeyed.

Well, some probably could, but they would have to work at it. 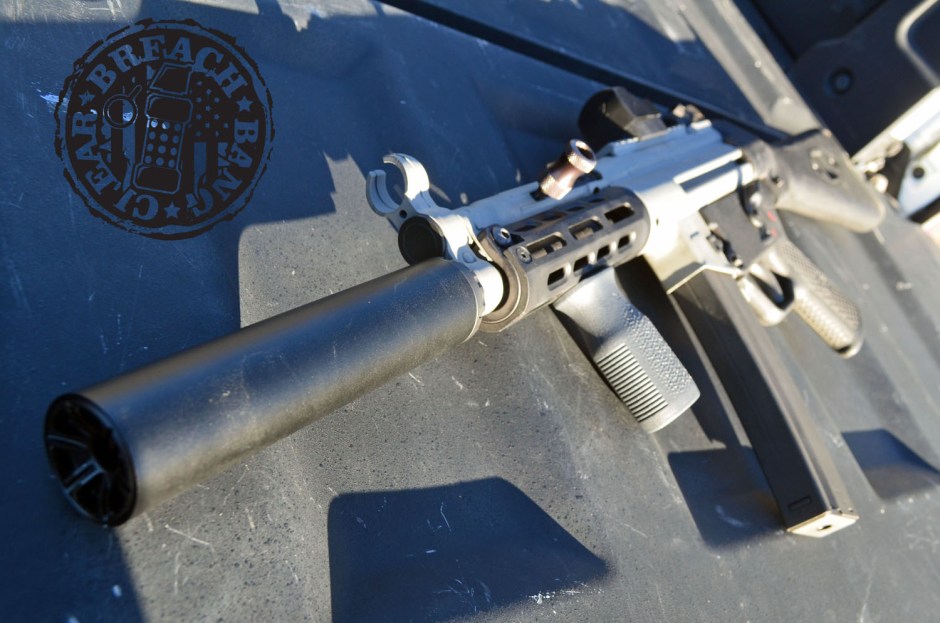 We have a number of threaded barrel pistols to run suppressors, but we wanted to try something different so we asked Silencer Shop to send it along with a tri-lug mount to run on a friend’s full auto MP5. Unfortunately, by the time the silencer showed up our friend had left town for a series of classes and took the MP-5 with him.

With only a short window to test this can, we asked Silencer Shop if they could send us an adapter to run it on a pistol or our Uzi. Instead they went one better.

We couldn’t say no to that one. 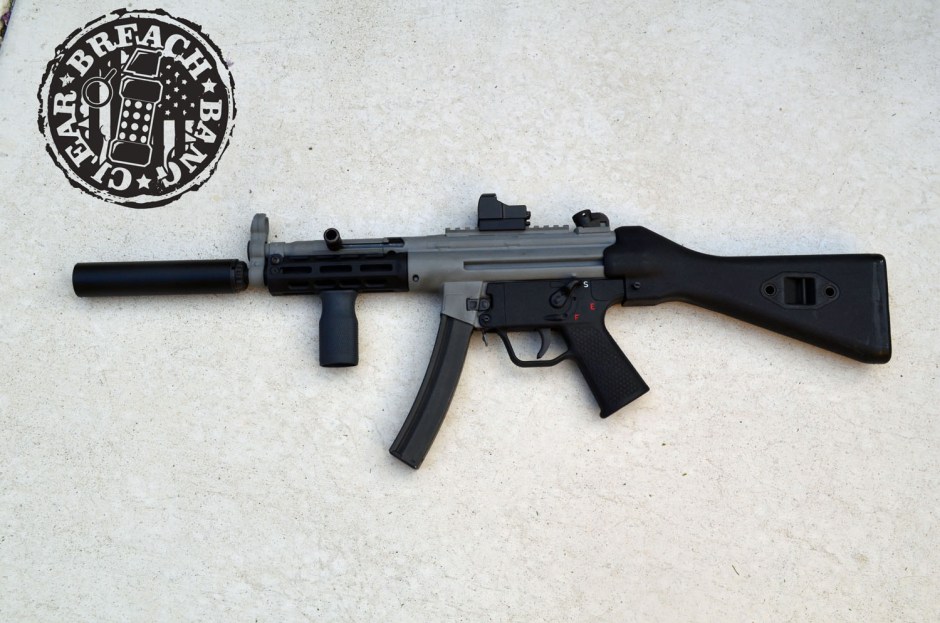 Brethren Armament is a USA manufacturer that specializes in top quality HK clones. They offer a unique variety of semiauto MP5 clones chambered in 9mm and 10mm, and have been doing great things with the HK-53 platform in 300 Blackout. Silencer Shop had an SBR on hand based on the company’s BA-9 pistol, with an 8.9” 3-lug barrel and 1/2 x 28 threads. 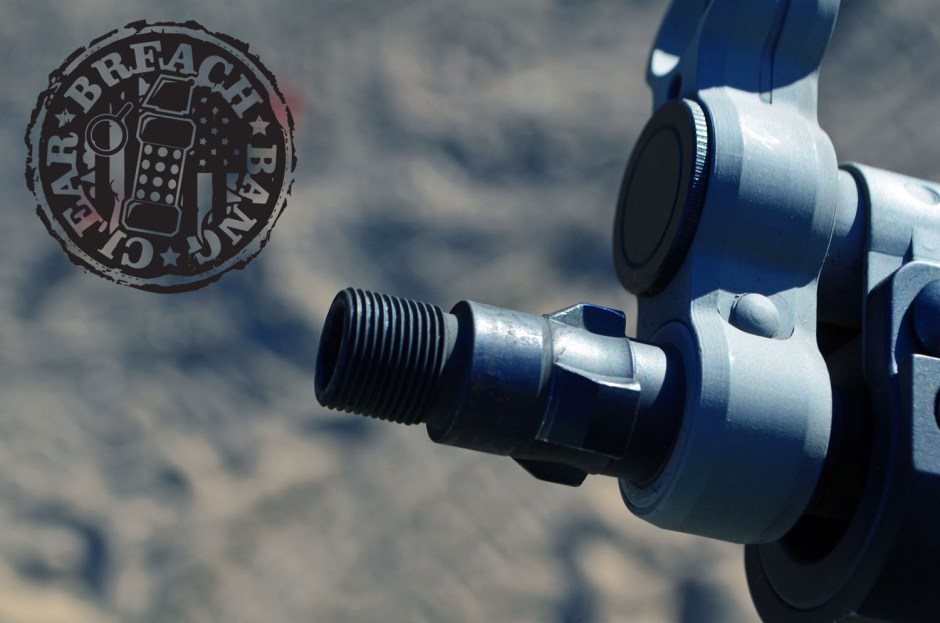 We have played with a lot of these firearms over the years, and found the build quality to be second-to-none with welds — possibly even better than many factory HK rifles. And instead of being a Henry Ford shade of black, the Brethren piece had a nice two-tone color that really popped when we saw it. If you are on the fence about one of these for an MP5 build, the BA-9 features a full auto bolt group, comparability with HK full auto sears, SEF Navy style trigger group, keymod forend, welded Picatinny top rail and a paddle magazine release. Additionally, their magazine was one of the easiest loading MP5 mags we’ve ever encountered.

Our good friends at Freedom Munitions were kind enough to send along several hundred rounds of their 147 grain subsonic 9mm from their Hush line of ammo for testing. 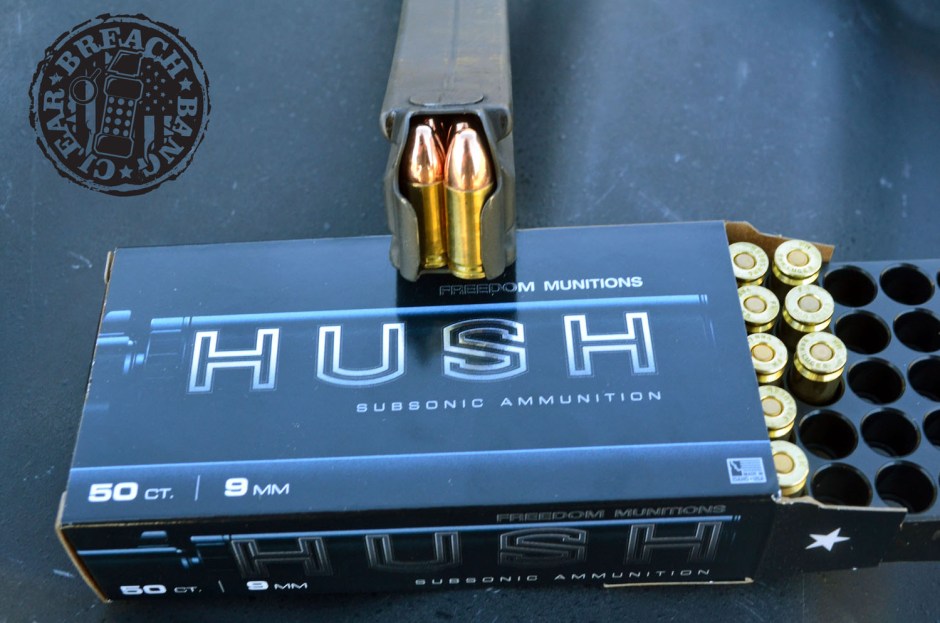 MP5s are simply made to be shot. We don’t know what Viking fairy dust goes into HK guns, but damn if they are not downright silent when running suppressed. That microsecond longer they take to unlock might be it, or their extreme tolerances, but whatever the case they always nail it in the accuracy and quietness departments. This proves that Brethren Armament is really doing this the right way, and we may have to see about one of their 10mm guns in the future. 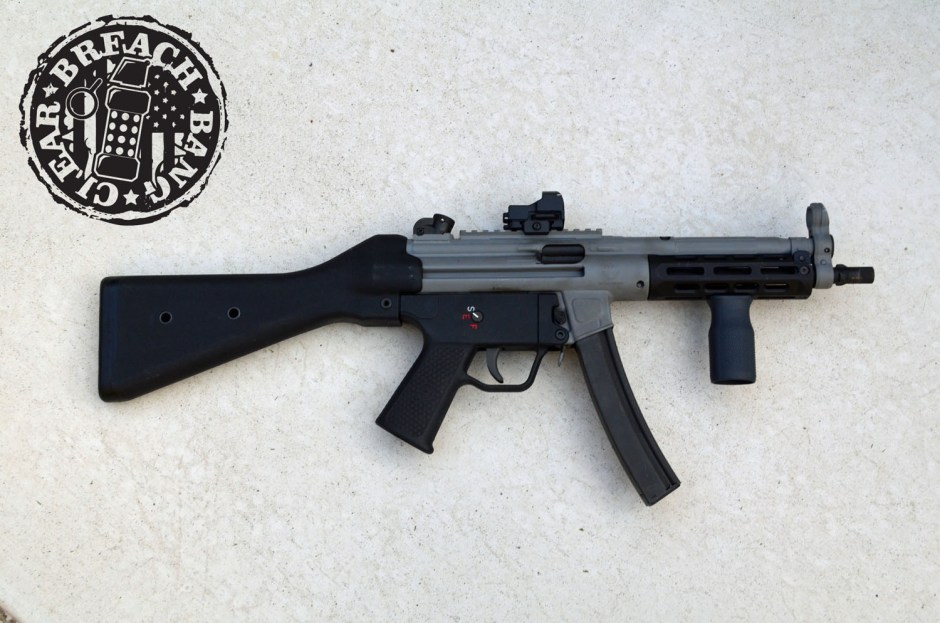 In the past you may have seen us mention that a shooter really only needs three silencers: a .308 rifle can (that handles .308, .223 and 300 Blackout), a .45 can (that runs 9mm and .40 S&W in addition to .45 ACP) and a .22 (cuz rimfire). While we still hold to that philosophy, there are shooters that may not own a pistol caliber larger than 9mm or have no need for one because they want a dedicated can on their 9mm carbine.

The Resistance excels in this role, particularly if you run tri-lug instead of threads. Personally we don’t use tri-lug as we would rather have compatibility with our pistols, and retrofitting a pistol to tri-lug isn’t exactly cheap. Thankfully, Brethren offers tri-lug with the barrel threads, but if you are in the HK cult you almost have to go tri-lug (cuz Teutonic).

We’re not saying you must have three cans, or that you should limit yourself to three. We’re just saying three will get you by. Hopefully we’ve helped you decide where to start!