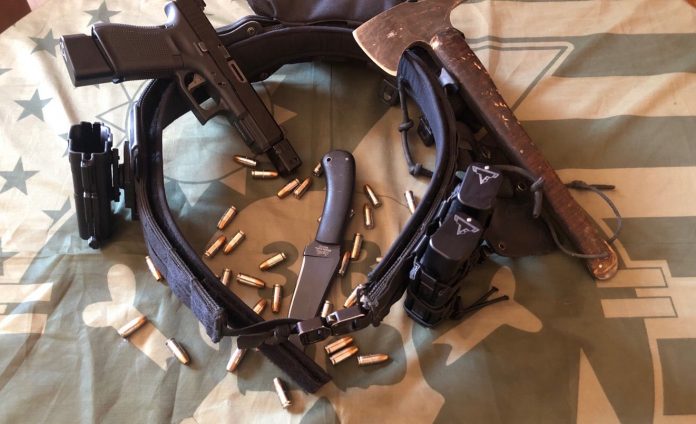 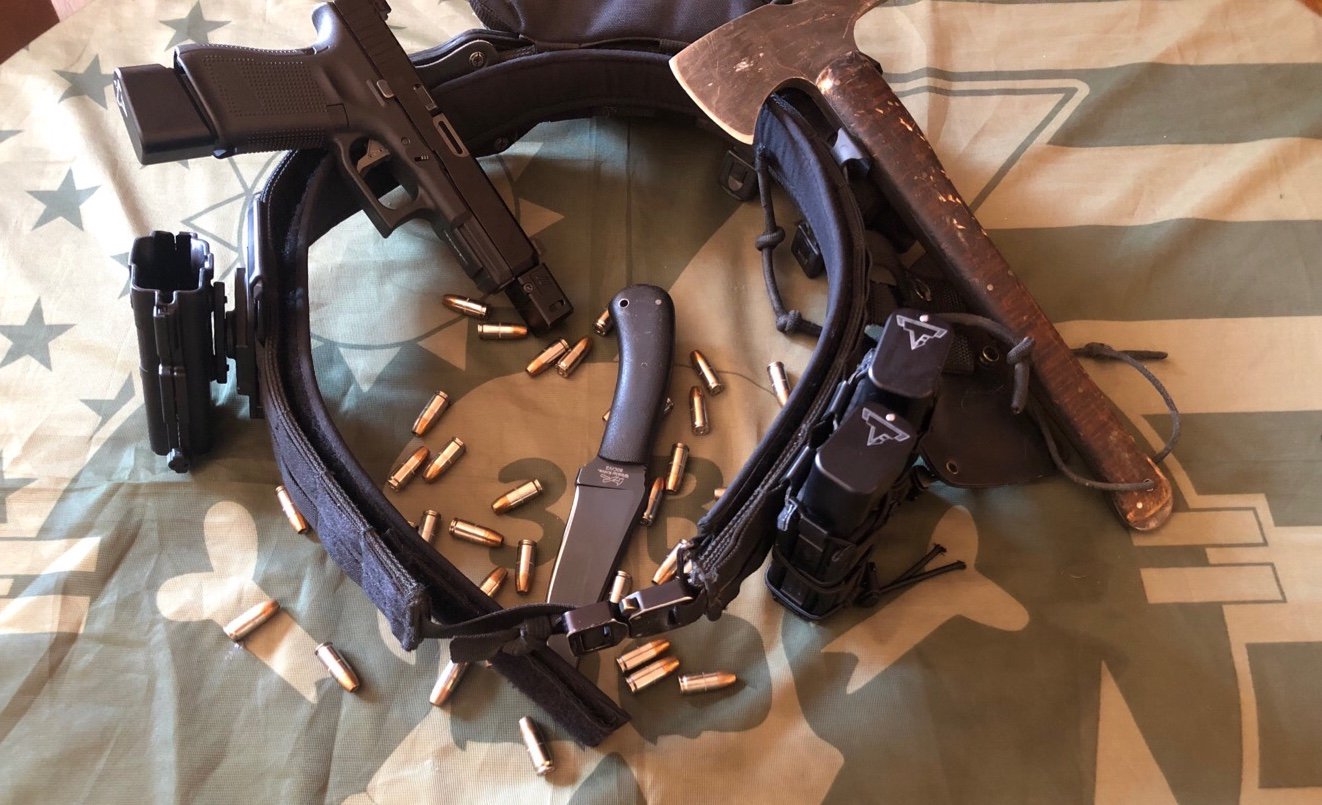 The current rage in tactical gear at my unit is the battle belt. The current generation of the battle belt has a padded inner belt; the exterior of which is covered in soft sided Velcro. The outer belt has an interior of hook Velcro and an exterior lined in molle. The most popular buckle used on the outer belt is a cobra buckle. This setup gives a shooter the ability to quickly attach or detach whatever equipment he has on his belt, without losing his pants.

I bought a Grey Ghost UGF Battle Belt a few years ago. I wanted to use it for covert operations and also for competition shooting, which is why the one I own is black. They have several different color patterns you can choose from. Out of the box, the outer belt was STIFF. It felt like I had a plastic hoop attached to my waist. There was zero conformity to my body and I would get chaffed along the hips pretty quickly. The fix was super simple, I threw it in the washing machine once or twice to loosen up the material. Since then wear and comfort have been excellent. I have seen newer versions of the belt which are not as rigged as the one I purchased.

I wore it on my last deployment as a tactical rig. I carried a CRYE Precision Frag pouch, two MBITR’s, London Bridge Small Blow-Out med pouch, a Winkler II Combat Axe and swapped out a variety of fix blade knives that I wanted to test. Even with this ten plus pound load I didn’t need suspenders, it remained comfortable whether ride in vehicles, helicopters or during foot movements. I did multiple high elevation movements of five plus kilometer movements with no issue.

One of the two drawbacks of this belt for tactical applications is that it doesn’t have an attachment point for a safety lanyard. A safety lanyard is a tether that attaches to an aircraft via a quick connect systems. This prevents a soldier from being accidentally ejected from an aircraft in flight or during emergency landings. To overcome this, I wore an Arc’teryx Rigger’s Belt underneath my UGF so I could attach myself to the aircraft.

The other drawback to the system is the way the molle is configured. It doesn’t have enough spacing to properly weave the molle into the system. This isn’t a big issue with the product but for the OCD out there, the pouches will have a little bit of slack associated with them. I had a chance to talk to both Grey Ghost Precision and Tactical Tailor representatives (it’s a joint company) and asked why they designed the belt this way. They told me that they designed it to fit the needs of both tactical and competition shooter. In doing so it lost a small amount of strict tactical applicability but broadened the use of the overall system.

If you are looking for a strict tactical belt you might want to look at the Ronin Tactics Senshi Belt. They built their belts for the more tactically minded individual. I haven’t personally tested out any of their products, but I have numerous coworkers that swear by them. The downside is that they are more expensive than the UGF which is $160.99 on their website and the Senshi is $187.00-$192.00 on their website and you will also have a couple week waiting for your backorder.

All in all, if you want a battle belt, they are a great piece of kit. The UGF is a great system, it is comfortable, maintains its form and keeps your gear in place. If you’re looking for a battle belt that can do a little of everything, I recommend this one.

John Gobby is a member of 2nd Battalion 75th Ranger Regiment. He has served with them for eight years and seven combat deployments. He has experience with both tactical direct action, tactical reconnaissance and covert operations. Recently he has started participating in competition pistol shoots and has a passion for long range shooting.