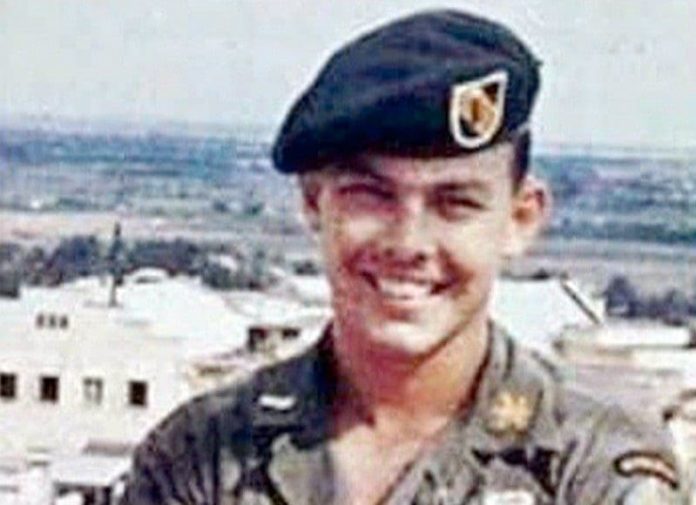 During the Vietnam War, there were a certain number of United States Army soldiers who were taken as prisoner. Some of them never returned, while other were an exchange. A small number of them managed to escape on their own. This is the story of Col. James N. “Nick” Rowe who later played a large role in designing the modern training programs for Special Forces soldiers, especially the school that prepares troops to survive being taken captive.

Rowe graduated West Point academy in 1960 and was eventually sent to South Vietnam as a military advisor serving in US Army Special Forces. In 1963, then-1st Lt. Rowe was captured in a Viet Cong ambush and taken to a prison camp under unknown circumstances.

His intimate knowledge of how to survive captivity came from the more than five years he spent as a captive of the Viet Cong before successfully escaping, something he likely wouldn’t have accomplished without his beard.

For five years, Rowe spent most of his time in a cage and wasn’t allowed more than 40 yards from it. Limited to two cans of rice per day, young Special Forces officer and fellow prisoners would capture snakes and rats whenever they could to survive. Before the final escape, Rowe had three unsuccessful attempts.

Things got worse when anti-war activists in the United States released his bio. The problem was that Rowe already told his guards that he was an engineer drafted into the Army. He did that in order to convince his captors that he wasn’t a threat. Despite that, they still tortured them, but the things got worse when the North Vietnamese government learned he was Green Beret.

Angry at his deceit and the training he had provided South Vietnamese soldiers, the North Vietnamese sentenced Rowe to death. A Viet Cong patrol took Rowe into the jungle for the execution. He knew that he had nothing to lose.

As they were heading to the execution point though, Rowe heard a flight of helicopters. He shoved a guard to the ground and sprinted into a nearby clearing, waving his arms to get the pilots’ attention. Luckily for him,

Luckily for him, they were American helicopters, but the first pilot to spot Rowe saw his black pajamas and nearly fired on him. Then he noticed Rowe’s beard that had grown out during his captivity. After realizing that Vietnamese men were incapable of growing a thick beard, the helicopter scooped Rowe up and carried him to safety after he spent five years in hell.

He returned to the United States as a Major. He left the Army for a short period before returning in 1981 as a Lieutenant Colonel stationed at Fort Bragg. There, he helped to develop the Army’s Survival, Evasion, Resistance, and Escape Course (SERE) using the lessons he learned in captivity.

On Apr. 21, 1989, Rowe was on his way to the advisory group headquarters when his vehicle came under heavy fire. He died on the spot.

Upon his comeback from the Viet Cong POW camp, he wrote a book about his experience there, “Five Years to Freedom: The True Story of a Vietnam POW.”