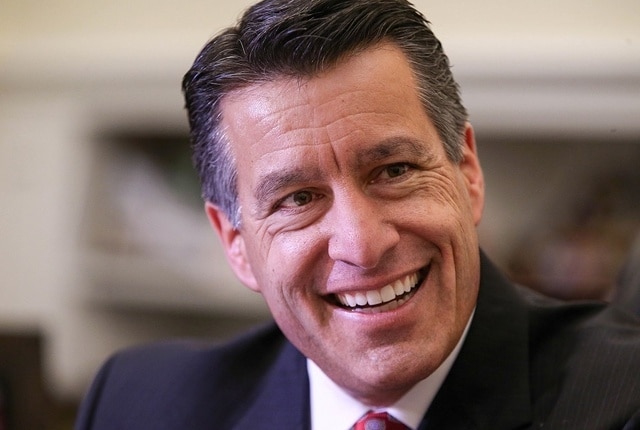 With the stroke of a pen this week, Gov. Brian Sandoval (R) made law a measure to reform concealed carry rights and expand castle doctrine in the state.

Signed late Monday was a Senate bill approved by House members last week 25-17 that will expand castle doctrine to include occupied vehicles, as well as scrap Clark County’s outdated “blue card” registration scheme and other reforms.

In his testimony to lawmakers on the measure last month, sponsor Senate Majority Leader Michael Roberson, R-Henderson, held up the proposal as a correction to the state’s gun laws.

“[T]o allow law-abiding gun owners to appropriately defend themselves in their vehicles as they can in their homes, and to ensure that our citizens’ Second Amendment rights are upheld in a fair, uniform way across the state,” Roberson said.

The measure, SB 175, now law, expands the protections of Nevada’s castle doctrine defense to justifiable homicide to include occupied vehicles while adding protections against civil lawsuits.

Next, the law will allow the expansion of Nevada’s reciprocity agreements from the current 16 states to as many as 26.

Gone will be Clark County’s 1948-vintage handgun registration requirement. With these permits popularly known as blue cards due to their color, current law mandates all handguns with a barrel less than 12 inches be registered within 72 hours of being purchased by an area resident. Opponents argued the scheme came from a time that pre-dated current background checks and has been made obsolete in a modern Nevada. The county will have a year to destroy the estimated one million now-historical registrations held on file.

Finally, the measure will strengthen the state’s preemption laws, making it harder for city and county governments to adopt gun regulations stronger than state law.

The American Civil Liberties Union as well as Democratic lawmakers opposed the bill.

“At a time when we should be repealing our ‘Kill at Will’ laws to protect vulnerable Nevadans and increase public safety, this bill would authorize killing first and asking questions when it is much too late,” said Vanessa Spinazola with the ACLU of Nevada during the measure’s legislative process.

Gun rights groups, such as the National Rifle Association backed the measure.

“The signing of Senate Bill 175 is a victory for Nevada’s law-abiding gun owners,” said Chris Cox, executive director of the NRA’s Institute for Legislative Action in a statement emailed to Guns.com. “The law is now squarely on the side of victims instead of criminals. Nevada’s new law protects the constitutional rights of Nevadans and strengthens their ability to protect their families from harm.”

With gun control groups such as Everytown for Gun Safety pushing to advance measures for expanded background checks in the state, Cox painted SB 175’s passage as a win against the organization.

“In standing up for the rights of law-abiding Nevadans, they handed yet another defeat to the Obama-Bloomberg gun control agenda,” Cox said.

The provisions of the act took effect upon Sandoval’s signing. 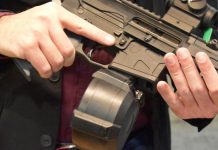 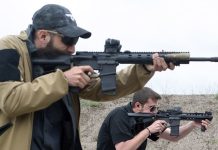