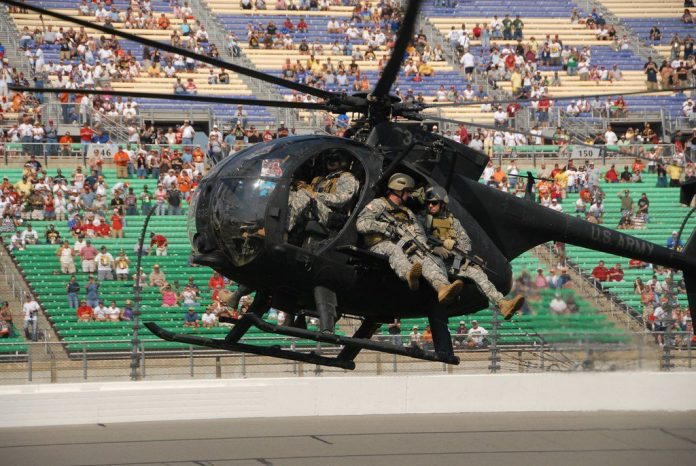 Smith made the statement during the NDIA Special Operations/Low-Intensity Conflict Symposium, which took place last February. He indicated that the most likely replacement for the venerable Little Bird would be a variant of the U.S. Army’s Future Vertical Lift (FVL) Capability Set 1. The FVL program aims to upgrade the Army’s light, medium, and heavy-lift helicopters.

SOCOM will make its final decision in 2024. It will either be to further upgrade the Little Bird or to replace it with a variant from the FVL program. By that point, however, the Little Bird fleet will have been operating continuously for many years under extreme combat conditions. It seems more likely, then, that SOCOM will want to procure a new helicopter rather than upgrade an old one.

A few years ago, SOCOM’s Little Bird fleet underwent a modernization and upgrade program dubbed the Mission Enhanced Little Bird (MELB) program. The MELB upgraded the previous version (AH-6J and MH-6J) by adding an additional blade to the craft’s main rotor (bringing the total number of blades to six), improving the tail rotor drive system and tail boom, enlarging the aft doors of the cabin to allow for easier egress of operators, and enhancing its landing gear.

In December, SOCOM awarded Boeing two significant contracts to upgrade its helicopter fleet. The first contract, which is a seven-year program worth $1.1 billion, was for the maintenance of the current MH-47 Chinook and MH-60 Blackhawk fleet. The second contract, worth $48 million, was for the production of an unspecified number of MELB kits. Both contracts are expected to be fulfilled by December 2026.

The Boeing AH-6 is a light attack helicopter. Flown by the 160th SOAR, the chopper specializes in armed reconnaissance, direct action, and close air support. It can be outfitted with a variety of weapons, to include the GAU-19 .50 caliber Gatling gun, M134 Minigun, and Hellfire or Stinger missiles.

The MH-6 is the unarmed version of the chopper. Its small size and extreme maneuverability make it an ideal aerial platform to surgically insert and extract SOF units from targets. It can even carry motorcycles or support ground troops by carrying snipers. Jack Murphy has had some experience in that role.

Both versions of the helicopter are equipped with a Rockwell Collins digital glass cockpit, which comes with two multifunction LCD screens/control display units on top of the glass and is night vision compatible. Pilots can see their aircraft’s critical displays without diverting their gaze from the front.