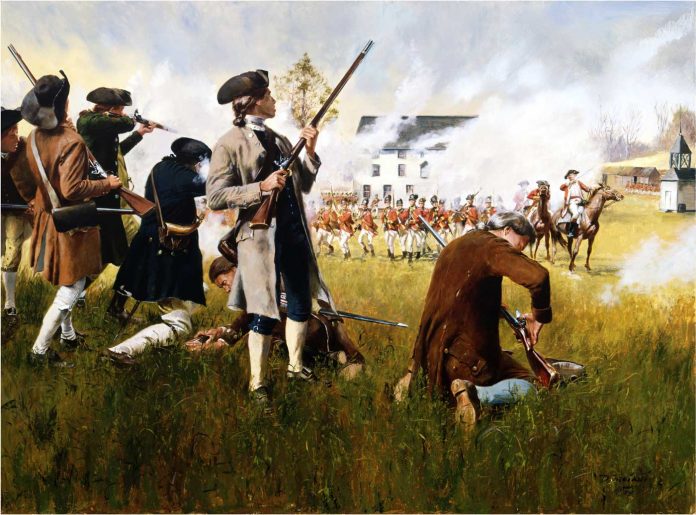 Governor DeWine has expanded Ohio’s Stand Your Ground rules from the restrictive home or car definition to any location a person has a lawful right to be.

Those of us on the side of common sense self defense rights cheer this common sense decision as it is an unreasonable burden to expect someone occupying a location lawfully to be required to flee from that location before using force against an assailant. It is equally asinine to expect them to not have to flee only in the presence of their vehicle or their home. The arbitrary requirement put a rather ridiculous physical proximity limit (like a “21ft” rule) on whether it was reasonable to use force to protect yourself if you were in danger or because of no other factor than your were at home or by your vehicle you had to flee first while in the exact same amount of immediate danger.

Here’s the story from CBS:

An individual’s duty to retreat before using force has been eliminated in Ohio under a gun rights bill signed by Ohio’s Republican governor on Monday. Gov. Mike DeWine signed the bill despite his vocal concerns that GOP lawmakers were ignoring his own legislation proposed following the 2019 mass shooting in Dayton.

The measure expands the so-called “stand your ground” right from an individual’s house and car to any place, “if that person is in a place in which the person lawfully has a right to be.”

As recently as last month DeWine hinted he might veto the bill, saying lawmakers should focus on what he sent them instead. But on Monday, he signed the bill in “the spirit of cooperation” with the General Assembly.

It is only controversial in that it is a win for common sense gun rights and a loss for those who wish to make the use of a firearm a complicated and therefore terrifying prospect. If the threshold to use a firearm is you are in reasonable fear for your life or another’s life immediately ending or being irreparably harmed, that is something people can quantify and understand. They can rationalize that the circumstances must make sense to them and a group of their peers. If you then throw in a ‘Duty to Retreat,’ even a conditional one, you muddy and obfuscate the absolute premise that you, a human being, have a right to protect your life from immediate extreme harm.

The right to self protection is inseparably bound to the right to life. It is not conditional. Protecting your life should not be conditional legally either beyond the basic premise that you are acting lawfully and peaceably and the other actor(s) are not by trying to kill you.

Ultimately here is the squeeze:

The law cannot be used to ascribe tactics and retreat is a tactic, not a legally required altruism to “prove” you’re the victim. Because the law cannot be written in nuance enough to fairly and thoroughly cover tactics it should avoid doing so entirely. It cannot account for the variety of human and physical conditions that can be present in a lawful use of force or unlawful use of force scenarios from a tactical perspective. It must restrict itself, therefore, to the reasonable judgement of its citizenry both in acting and in judging the act on its own merits.

This change in the law is inline with that basic and fair fundamental principle.

“I look forward to working with members of the legislature in the future to keep guns out of the hands of criminals and to protect the rights of citizens who follow the law,” DeWine said.

He said he was disappointed lawmakers didn’t add the measures he sought for more than a year that would toughen background checks and boost penalties for felons committing new crimes with guns.

The governor has pushed these proposals since the Aug. 4, 2019, Dayton massacre  that killed nine and wounded more than two dozen.

Nan Whaley, the Democratic mayor of Dayton and a sometime ally of the governor, said she couldn’t “express my level of disappointment” and accused him of giving into extremists in his own party. Shortly after the Dayton shooting, she and DeWine pledged to work together  on a bipartisan effort to change gun laws.

Nan Whaley is using a textbook example of emotional deflection to equate the reasonable removal of a dubious requirement and equating it to allowing a deliberate criminal act. With this rule in place, anyone at the Dayton bar where the very quick and brutal killings took place would have been required, by the law, to run from the shooter first before engaging and eliminating them as a threat despite it being tactically insane for that type and circumstance of attack. Because nobody was at home and nobody was by their car.

There is one… One… textbook reaction to a near ambush, which Dayton shooting was, and that is shoot back and overwhelm the attacker. This goes for the military and law enforcement, immediate effective return fire. You will see a team or squad turn into the attack. You will see a police officer immediately draw and shoot the individual shooting at them, not turn and run to cover. It is because in that specific close proximity scenario there is only one avenue of action that offers a reasonable chance of survival in the time allotted for reacting, engage.

“Our state needs principled leaders who will stand up for what is right – not what is politically easy,” Whaley tweeted.

“This is not what people meant when they asked us to ‘do something’ last year after the deadly mass shooting in Dayton,” Yuko said in a tweet.

“Only cowards would pass and sign a bill that has been proven to disproportionately harm Black people,” added Sykes, who is Black.

I would like to see by what metric this bill disproportionately harms Black people. Deaths or injuries? I bet they do not account for Black DGU’s. I also bet the metrics are astronomically in favor of lawful Black DGU’s vs unlawful slayings and injuries. Keep in mind, the requirements to use lethal force under Ohio law did not change, only the requirement to run away first based on your proximity to your house or vehicle.

But what would a good gun control advocate be if they did not shill the low info talking points, I suppose.

The divisiveness of this new legislation is only upon logic first vs. advocacy first lines. Stand your ground legislation is logically consistent with the right to self preservation, it only mandates proper reasoned actions and does not mandate a situationally subjective tactic. It is therefore as fair a rule as can be made.