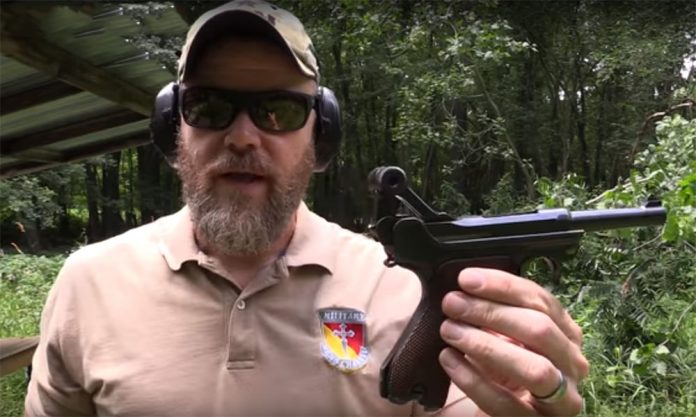 Tim with the Military Arms Channel goes way back in the gun safe to bring out a vintage 1920s era DWM Luger in a caliber rarely encountered in anything but.

Invented by Georg J. Luger in 1898, the ubiquitous semi-auto was first adopted by the Swiss then the Germans, becoming almost synonymous with first the Kaiser’s Imperial Army then the short guy with the mustache’s WWII war machine.

However most Lugers made between those wars were not in 9mm but in .30 caliber. Herr Luger along with Hugo Borchardt  invented the 7.65x21mm Parabellum round, originally for Borchardt’s pistol in the 19th century but its use in the Luger became so common that the caliber is best known today as 7.65 Luger or, in the West, .30 Luger.

And MAC walks you through the ins and outs of this classic commercial pistol.