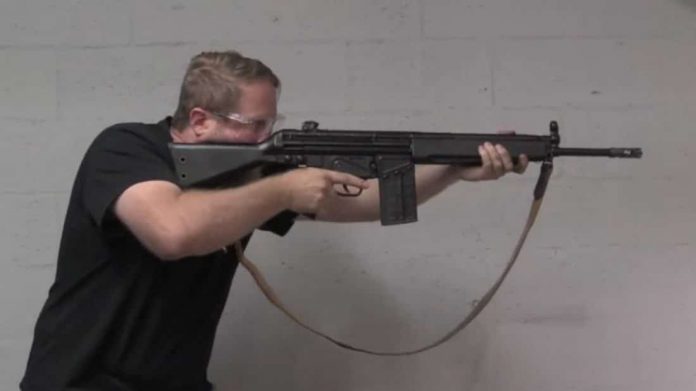 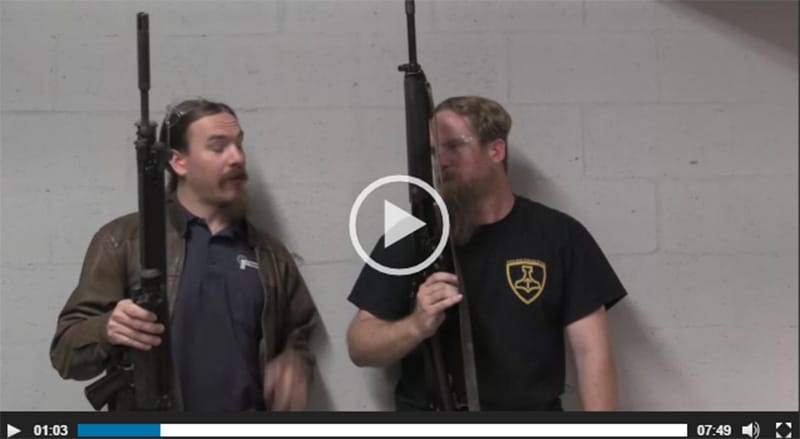 The In Range TV crew got their hands on a pair of select-fire 7.62×51 NATO battle rifles complete with giggle switches to compare side by side while set to pew-pew-pew.

The battle rifle phenomena of the 1950s and 60s came as a bridge from the bolt-action rifles of the World War II era such as the Mauser K98, Mosin 91 and Enfield .303 which all fired full-sized rounds, to the intermediate 5.56mm guns currently in use today like the M16/M4, FAMAS and AK74. The concept in these guns battle rifles, that of allowing carefully aimed single shots out past 500 yards while still being able to rock and roll on full-auto with a flick of a switch seemed like a good idea at the time.

Although holding on to a 8-9 pound rifle while it rocks and rolls 7.62 at a high cyclic rate is nobody’s idea of fun.

Enter the test from Karl and Ian above as they test a StG58 (Austria’s select-fire FAL variant) and a HK G3.