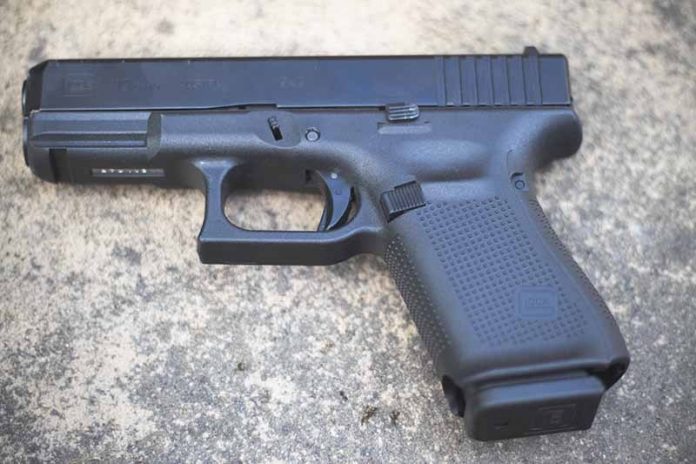 Glock’s Gen 5 pistols, such as this G19, originated from the M-series handguns adopted by the FBI in 2016. (Photo: Jacki Billings/Guns.com)

Glock on Thursday announced the news that the Allentown Police Department has successfully transitioned to the new platform after “extensive testing and evaluation” to replace their previous pistols. APD had reportedly has been with Sig Sauer since 1995.

“Our old service firearm was heavy, outdated and became difficult to train with so we researched alternatives,” said APD Chief of Police, Tony Alsleben.

Alsleben, whose agency also houses a police academy which supports officers throughout the Commonwealth, said that Glock enjoyed high reviews with their various law enforcement partners and that his department is “beyond thrilled” with the transition.

“Our qualification scores increased exponentially and our officers quickly became proficient with the Glock,” he said. “Feedback from our officers has been 100 percent positive.”

Glock’s Gen 5 pistols are a variation of the M-series pistol selected by the FBI in 2016, dropping the finger grooves and enhancing the design to include the new and more accurate Glock Marksman Barrel. In all, the guns have 20 design modifications from their predecessors.

The company first released the Gen 5 G19 and G17 to the commercial market in late 2017, saying at the time the pistol’s performance exceeds the “benchmark for material reliability for small arms,” which is 11,000 plus rounds, and even had one test gun fire 30,000 rounds without a stoppage.

Confused about the generational differences between the various G19s? Check out the primer below from Guns.com’s very own Jacki Billings.

For more, check out the product listing for the G19 Gen5 and other Glock firearms inside the Guns.com Vault and collection of Certified Used Guns.