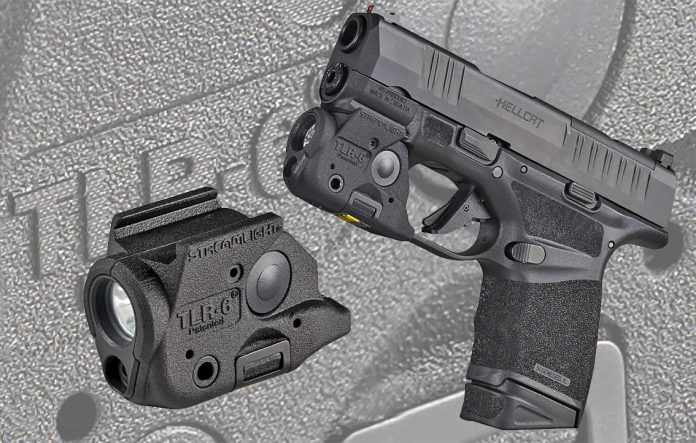 Streamlight has announced the availability of several new models of micro-lights this March. The new additions will expand the TLR-6 lineup to include a micro-light for Glock 48 (and 43X), another for the Springfield Armory Hellcat, and a laser-less WML option for the SIG Sauer P365 and P365XL will be available.

Not surprisingly, all of the new models of Streamlight weapon light are designed to mount to the rail of and trigger guard of the intended pistols, i.e. micro-compacts. The Streamlight release describes this as an intention to “…maximize visibility and targeting capability in a variety of concealed carry, home defense, and tactical applications.

That may be self-evident to some, but not all. If all possible, a weapon intended for defense should have a light on it as a matter of course. There are strong arguments for having a laser on your EDC pistol too; striker-fired and other semi-autos for certain, revolvers in those rare cases it’s possible. Streamlight makes a wide variety of pistol lights and lasers.

The new WMLs are powered by two (2) 3 Volt CR-1/3N lithium coin batteries. They feature an integrated battery door that permits batteries to be replaced while the light remains mounted on the gun, eliminating the need to re-sight the laser after a battery change.