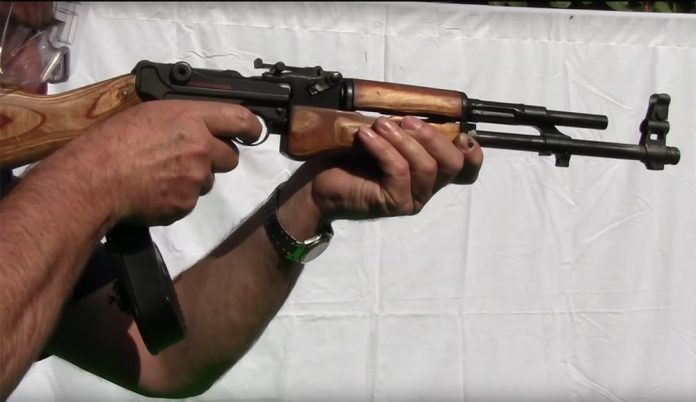 German firearms wonk Herbert Werle doesn’t a talk a lot in his videos, but that is OK because the custom creations he comes up with carry the conversation just fine.

Hailing from Ludwigshafen, Germany, Werle really digs custom Garands and Lugers and one of his latest experiments is a rock-and-rolling full-auto Luger with a custom Kalashnikov-style rear stock and forearm/barrel assembly that still uses the standard Luger 32-round artillery “snail” drum and toggle action. It’s two great tastes that shouldn’t taste great together but somehow seem to work.

First test fire above, second below, followed by a bonus video (!) of a similar build he did on an AR Luger. You know you want one.