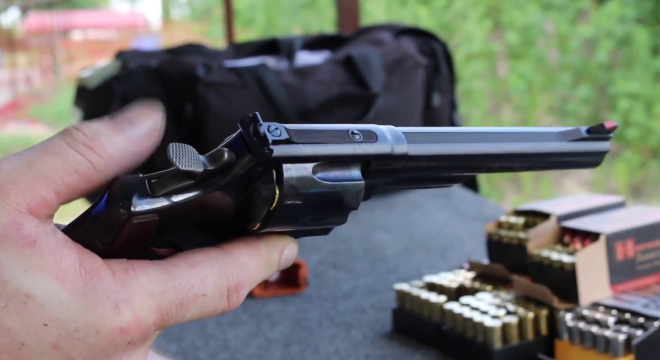 Smith & Wesson’s big N-frame revolver came out in the 1950s but later earned lasting fame after making the day of a certain stern police inspector.

Chambered in .44 Magnum but able to accept lower-powered .44 Special in the same way that a .357 will chew through .38SPL, the Model 29 was around for more than two decades and had already appeared in a couple of films before Clint Eastwood, in the role of Insp. “Dirty” Harry Callahan, made the gun iconic in 1971.

With Smith still selling this classic, complete with a 6.5-inch barrel and four-digit price tag (to the left of the decimal), Chris Bartocci with Small Arms Solutions takes a look at the hand cannon in the above range-centric piece.