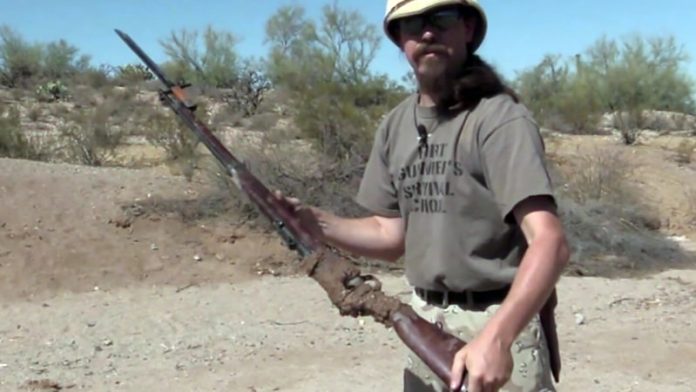 Ian and Karl with InRange TV give the standard Japanese infantry rifle a mud bath in the name of science to test reliability under “typical” WWI/WWII field conditions.

InRange has been testing the classic bolt-action rifles of the 20th Century over the past several weeks by slathering them in a mud pie and it was brainstormed that the 6.5mm Type 38, which came with a dust cover as standard, may do better than some.

And (spoiler alert) it looks like they were on to something.