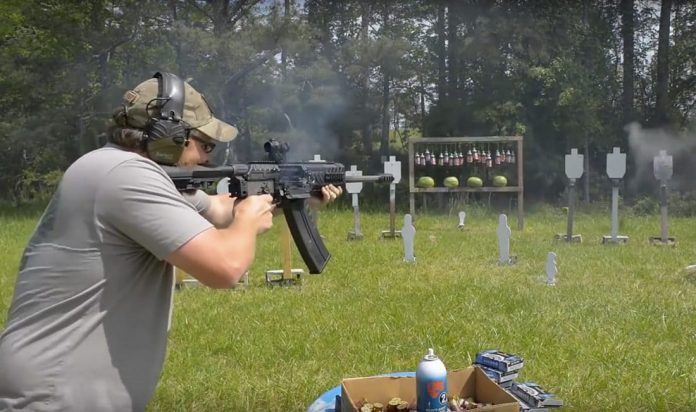 Eric with IV8888 got his mitts on a Fostech Arms Origin 12 tactical shotgun and he feels it’s likely the world’s fastest (semi-auto) shotgun on the market.

The Origin 12 first popped up at the 2013 SHOT Show and, with it’s very-AR/AK mutant look, low recoil and an option for a side-folding stock, it’s eye catching despite being north of $2,000 MSRP.

Eric seems to have no issue putting massive amounts of shot on target in the blink of an eye.