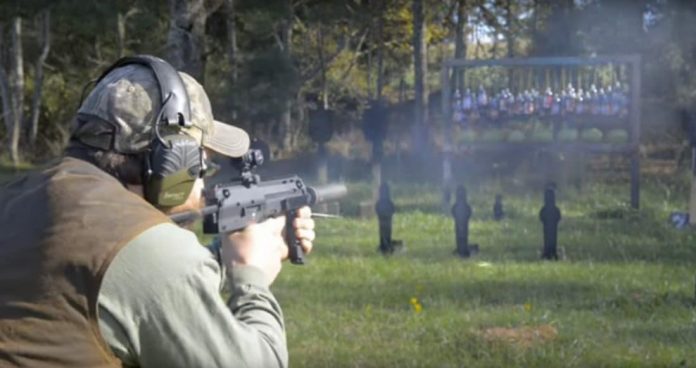 The Georgia gun gurus at IV8888 laid hands on a loaner Heckler and Koch MP7A1 and ran it through its paces.

A late comer to the whole late 1980s attempt at producing a personal defense weapon for NATO military use to replace both subguns and pistols with a compact firearm capable of penetrating a steel helmet or Warsaw Pact body armor at under 100-yard ranges for use by support types and officers, the MP7 followed in the wake of the arguably more successful FN P90.

Larger than a pistol but smaller than a comparable subgun, the 4.6x30mm caliber MP7 is hard to find in the U.S. unless you are talking about post-1986 dealer samples or military use (the SEALs really dig them) due to its fun button.

Rumors of a semi-auto only version, dubbed the HK97, are nothing more than April Fools fodder.

Still, one can hope.