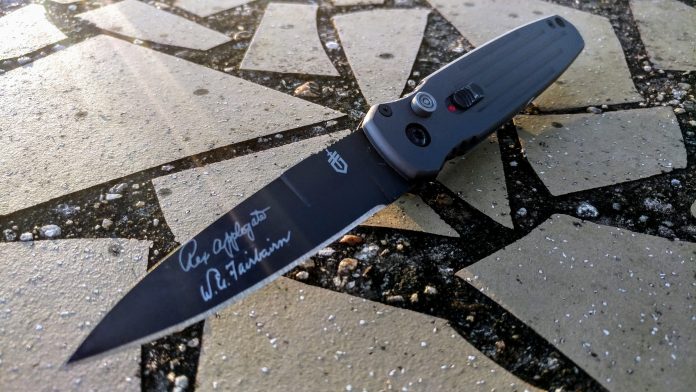 For a long time, I was never a knife guy. I liked knives, and I always had one, but I never had several. A knife was a tool to me, and collecting knives meant less money collecting guns. I’ve hit a bit of a snag though and that comes in the form of automatic knives. I’m drawn to them and my collection of them has grown quite a bit in the last year. My newest is the Gerber Covert Auto. 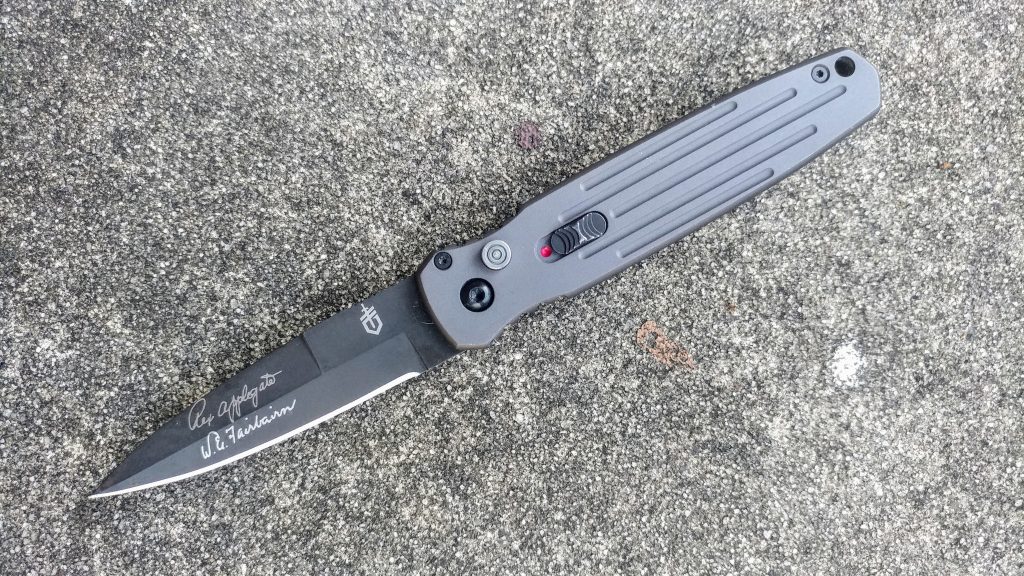 The Gerber Covert auto is an automatic knife, aka a switchblade, with a side deploying blade. Auto knives come in two configurations, out the side, and out the front. Out the side systems tend to be a little cheaper and a bit more robust. Let’s peep some specs of the Gerber Covert Auto.

The Covert Auto come in both a mini and a full size, and I do own both. Today we are going to be reviewing the Gerber Covert Auto full size. It all comes in a variety of color options with the choice for a fine edge or a serrated blade. I went with the fine edge because I wanted a knife that was simple to sharpen, and I was planning to do much cutting through rope or twine. 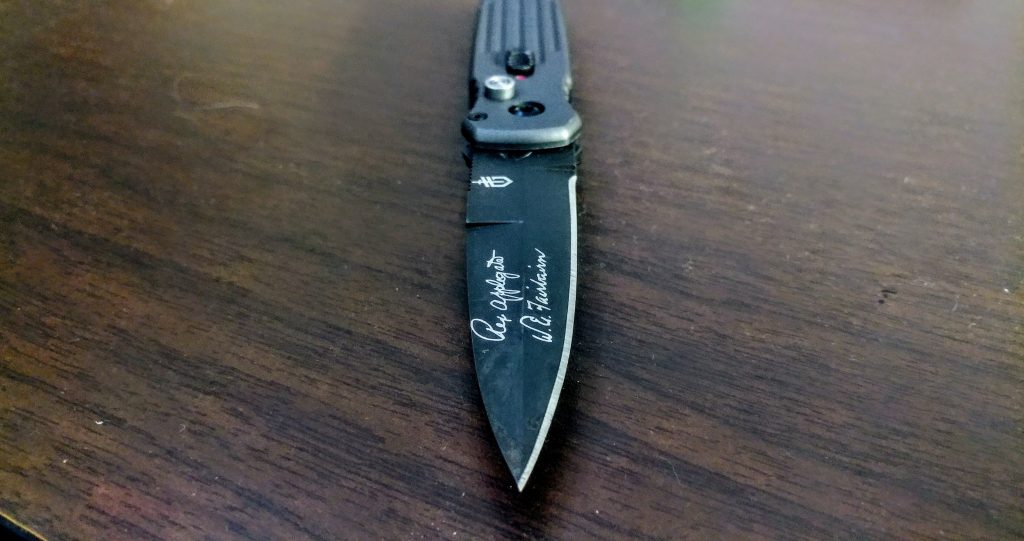 A better phrase to use would be inspired by rather than based on. I say inspired because the blade is only a single edge. This is necessary on a folding knife since one side does have to stick out a bit. The read end of the blade has a textured portion for resting your thumb for standard pocket knife duties as well, so it is a bit of a departure from the fighting knife design. 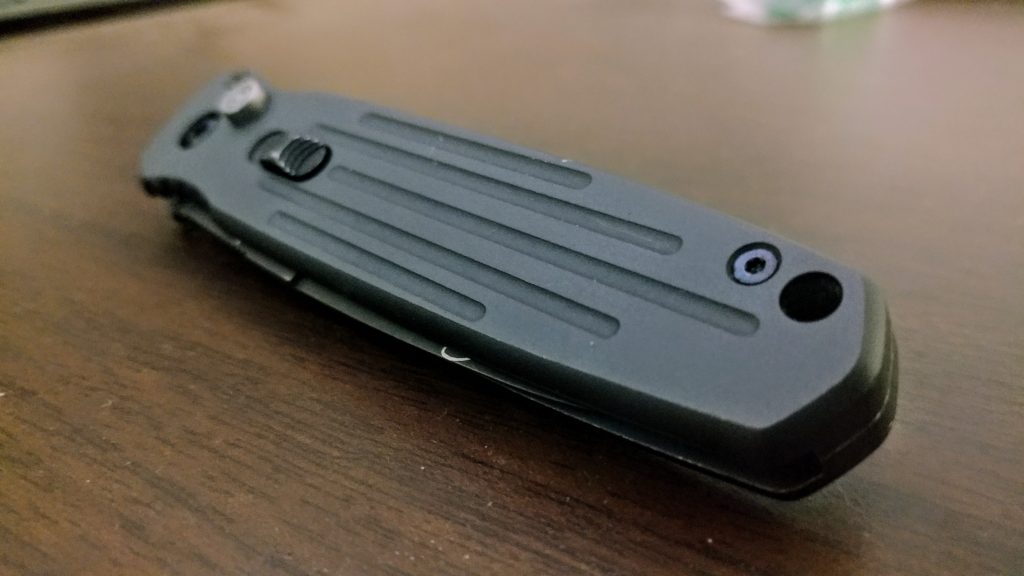 The blade is made from S30V steel. S30V steel is best described as average, which may be underselling it. It’s great for edge retention and corrosion resistance, but it’s not what I’d say is the best at anything. It’s a good steel and it does help keep the Gerber Covert Auto priced under $150. Auto knives are rarely cheap, and this is one of the more approachable prices for those looking to get into the auto knife game.

The Grip and Opening Mechanism

The grip is anodized aluminum and built to a similar spec to the Applegate-Fairbairn fighting knife. It’s completely symmetrical and is great for the type of grip men like Sykes, Fairbairn, and Applegate preferred, a type of fencing grip designed for deep and brutal stabs. The grip is thin and easy to use with a hammer grip, an ice pick grip, or really any way you can contort your hand to.

The knife’s opening mechanism is a spring loaded system that deploys the blade with the push of a button. The button is located right where the thumb naturally falls with a fencing grip. The button springs the blade into action as well as allows the user to unlock and close the blade.

The deployment button does have a sliding safety device that mimics a gun safety in a lot of ways. The most obvious being a small red dot meaning the safety is off. In the upward position, the knife’s safety is engaged when downward the safety is disengaged.

The safety also acts as a blade lock. If you engage the safety with the blade opened the blade is locked into place and cannot be closed until the safety is deactivated and the button is pressed.

The placement of the safety and deployment button are very well thought out. It rapid and natural to deploy to pop the safety off, deploy the blade, and then lock the blade into place. 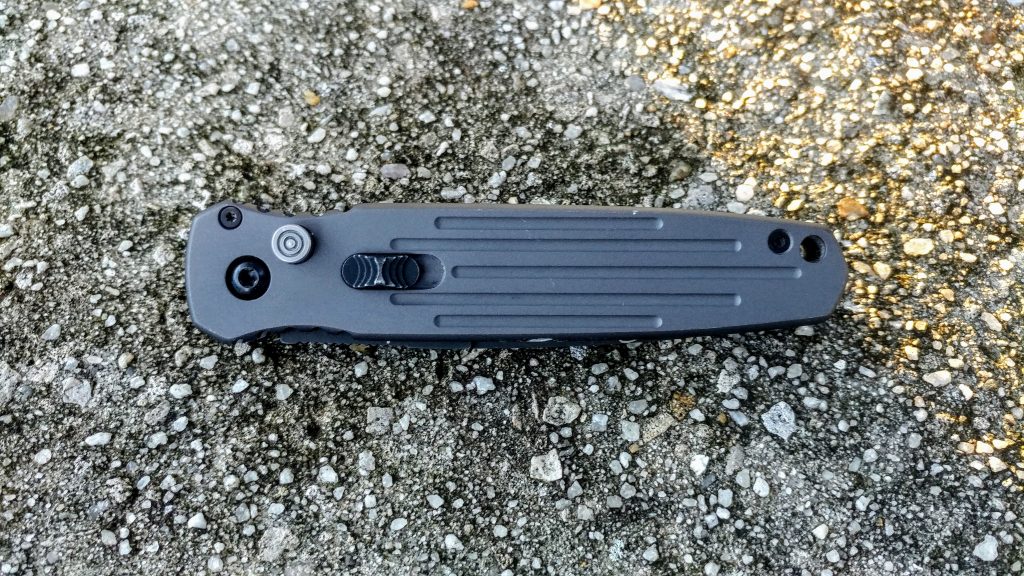 Why An Auto Opener?

To be honest an auto opener is great for a number of tasks when you have a second hand occupied. The ability to open the knife with one hand allows your second hand to hold something that needs cutting without releasing it or increases the safety of making cuts while climbing everything from a ladder to a mountain. From a self-defense perspective an auto-opener is quick into action, but so is any number of speed style knives. 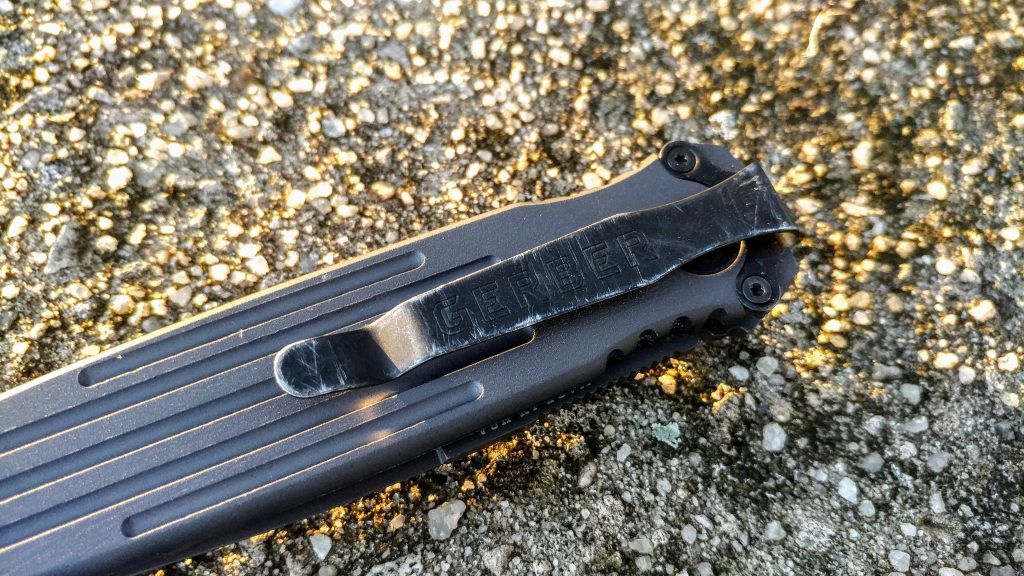 To me, these fast, manual opening folders are like a California neutered AR 15. They work, and they are a workaround for dumb laws, but at the end of the day, I want the real thing. The Gerber Covert Auto is the real thing and an affordable entry for those looking for their first auto-opening knife. They do make a manual folding model, but again it’s like a California legal AR.