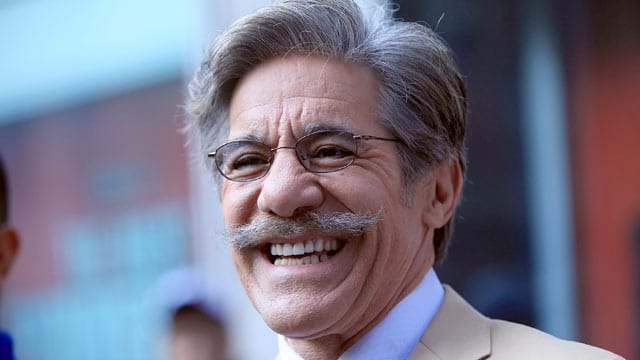 Geraldo Rivera criticized the Second Amendment after a 9-year-old girl accidentally killed her instructor with an Uzi. Rivera shared his thoughts on Facebook last Thursday morning in a post that has gotten (as of 2:12 p.m. eastern) 329 Likes and more than 1,100 comments:

Like I always say, the 2nd Amendment, the provision that gives every American the right to keep and bear arms, is blind and stupid. In its relentless pimping for the gun industry, the NRA has unleashed an avalanche of deadly weapons on this gun-crazy country. Just as protects access to weapons for cops and hunters, it also protects access to weapons for domestic abusers, mental patients, jerk-offs on the no-fly list, all-around dim bulbs, and now little children.

As the father of a sweet, smart nine year old daughter myself, the latest example of gross excess is the image of that pony-tailed New Jersey girl accidentally killing her gun range instructor. It is obscene and uncivilized to let a third grader shoot a fully automatic Uzi machine gun. What was she training for, revolution? Invasion? Service in the coming post-apocalyptic social disorder? Stupid, but just another of countless examples of how far into insanity we have let the gun nuts push us.

Via:: Geraldo Rivera: ’2nd Amendment is blind and stupid’