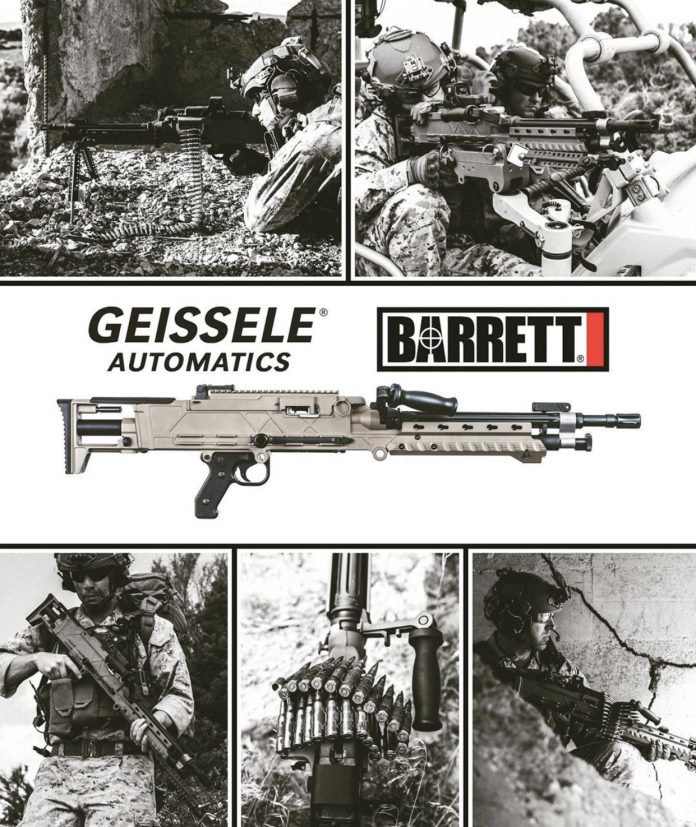 While probably not gunning for U.S. Military contracts against the NGSW, smaller NATO buys as forces modernize their general purpose machine gun inventory are a possibility. Nations like the UK, France, Australia, and New Zealand may all look at updated variants of the original FN GPMG.

Geissele and Barrett are both known names in specialty smaller order weapons and accessories. Barrett has several precision rifles, most known for the M82 and M107 .50 caliber rifles. Geissele has rails, triggers, and the URGI upper. Recently they got into making whole AR’s from the their earlier nearly complete rifle parts lists, Barrett does a line of premium AR15’s and AR10’s too.

With the two innovators working together it will be interesting to see who picks up their combined modernized machine gun.