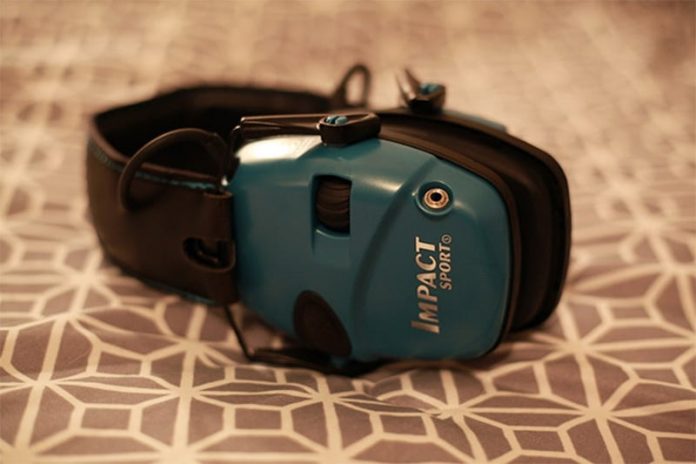 Hearing protection is must on the range, but not all ear protection is created equal. After nearly a decade of shooting, I’ve come across some good sets and some bad ones. When Howard Leight approached me to test out their newest iteration of colorful Impact Sport hearing protection geared towards women, I jumped at the chance to see whether their ear pro would hold up on the range.

With a noise reduction rating of 22 decibels, the Impact Sport line of earmuffs feature an integrated microphone that enhances speaking voices and natural sounds while mitigating loud pops of gunfire. Scientifically speaking, the earmuffs mute sounds above 82 decibels.

Powered by two AAA batteries, the advantage to such a system is that shooters can easily hear range commands given by Range Safety Officers or other shooters. You can also chat with those at the range without yelling or removing ear pro. It’s a nice bonus and as an instructor, it’s even better. I was able to leave behind the mock sign language and yelling in favor of normal volume conversations.

The earmuffs also come equipped with an AUX input and 3.5mm connection cord for MP3 players and scanners.

Despite being over-the-ear style muffs the Impact Sport series utilize cushy ear cups that block sound without putting too much pressure one ears. The earmuffs’ headband adjusts to fit a variety of head sizes, which is helpful for someone on the smaller side that accustomed to larger earmuffs falling off. I can bounce around the range, shoot standing or prone and never have to adjust them.

My only complaint is that when I choose to wear my regular glasses over shooting glasses, the earmuffs cause the thicker frames to push uncomfortably into the side of my head. For short jaunts on the range, it’s bearable. For longer days, it ends with a headache if not tended to.

While the easy solution is to swap out for a pair of thinner framed shooting glasses, sometimes that’s not an option. (Especially when this forgetful author forgets to pack them.) My solution to this problem is to put the earmuffs on first, then slide my glasses on so they rest on the ear cups. While it tilts my glasses slightly forward, I’m still able to shoot.

The Impact Sport comes in several flavors, including some new styles for women. Released in 2016 pink, purple and my favorite color teal are all nice additions to the standard black and earthy green tones we’re used to seeing in gun gear on the shelves.

The Howard Leight team sent me a pair of teal muffs to try out and it was love at first sight. Fashionable and feminine, the hearing pro has just enough color pop to appease those who prefer less tactical and more chic.

Though definitely more stylish, the teal colored did prove functional in an overloaded range bag. The brilliant color stood out among my gear, even when buried at the bottom of my bag.

Admittedly, they do much better in an open environment, such as on an outdoor range or field, than they do in a tight space such as an indoor range. Outside, I was happy to turn the volume up while I chatted with other shooters.

Inside, it was a different story. I routinely kept my ears dialed down. While I didn’t experience the earsplitting sensation that a standard cheap ear pro leaves me, the sound of gunfire reverberated sharply in the Impact Sport headphones. For especially loud days, I was forced to double up with a set of foamies, lest I walk away with that all too familiar ringing in my ears. Those days were rare, though, as the Impact Sport line does a pretty good job at dampening gunfire.

Comfortable and practical, the Impact Sport line adds a splash of style to range gear without sacrificing functionality. While indoors they don’t muffle as well as true noise cancelling ear pro, they are sufficient. Outdoors, they truly shine and have become my go-to in the field.

The Impact line is available at most major retailers and is priced around the $45 mark.