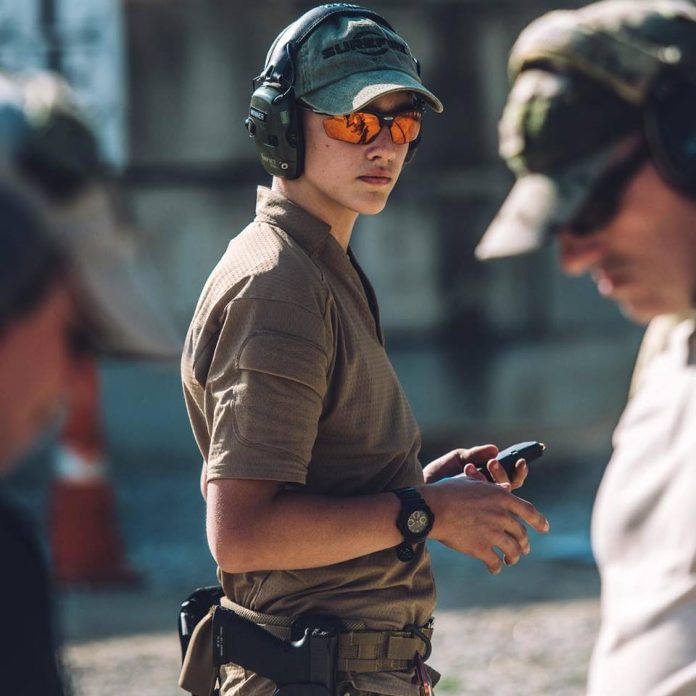 “My mission in life is not merely to survive, but to thrive; and to do so with some passion, some compassion, some humor, and some style.” –Maya Angelou

My name is Jase Winner. I am a competitive USPSA/ 3-Gun shooter and tactical trainee.

I’ve been shooting as long as I can remember, which I mean literally because I actually don’t remember a time where I didn’t have the ability to say “ Dad, grab the guns and ammo and targets and stuff. I’ll get dressed, we should go shooting” and 45 mins later I was on my way to my happy place.

I started shooting trap and skeet when I was 10 years old. I loved being on the line and shooting those birds, and for about three years it was as far as I thought I could go in the shooting world without going military or Law Enforcement.

Then, in 2016 I found out about this wonderful thing called 3-Gun. I went to my first 3-Gun match with an 870, one of my dads old AR’s, and a stock Glock-19. I had my dads extra mag pouches and shotgun caddy’s from his deployments and a can-do attitude. 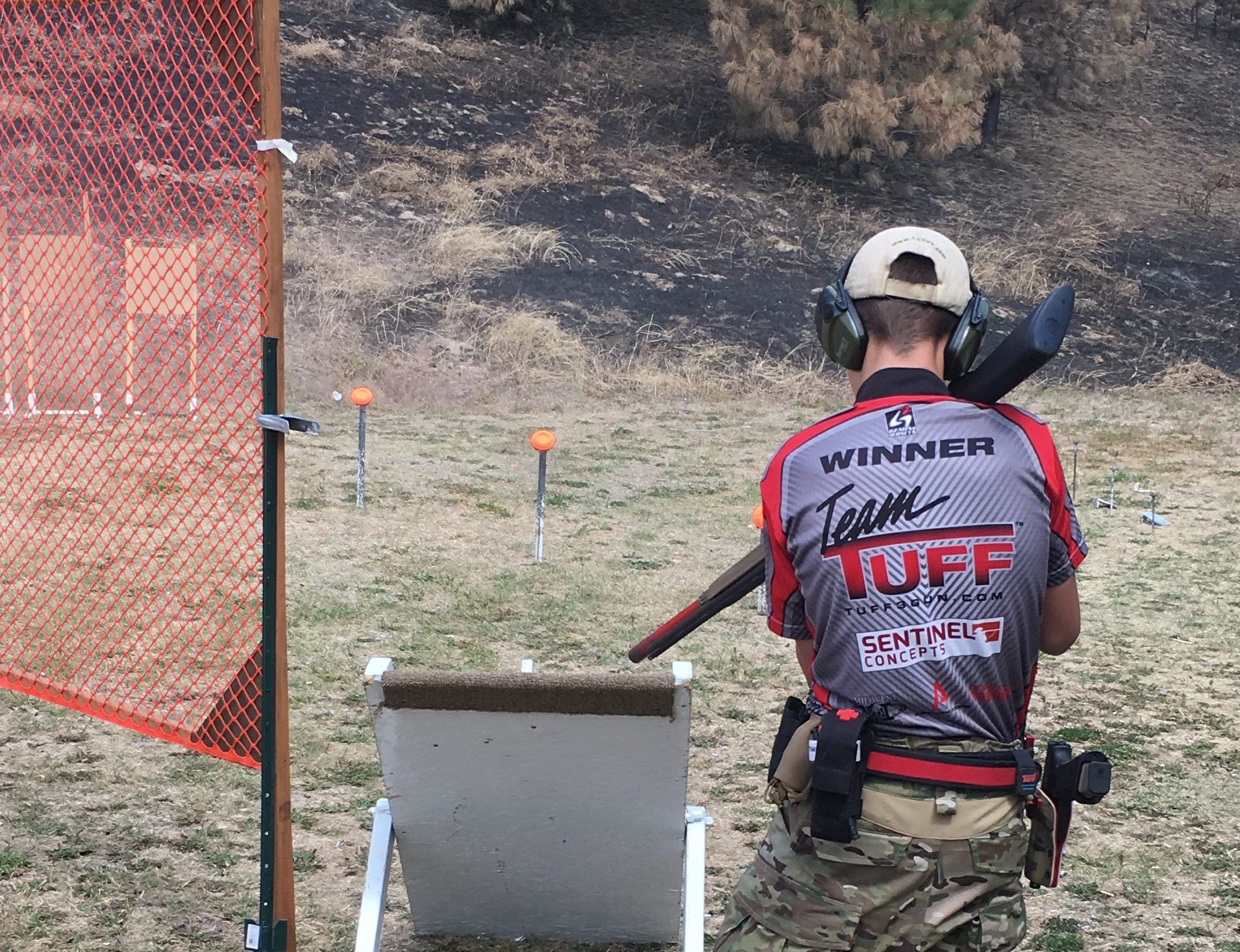 The day of my first match was a day that truly changed my life. Fast forward two years and I’m a sponsored shooter going to train with industry leaders and competing in multi-gun nationals. I am an A-student and a Boy Scout, I do both 4-H and youth leadership Spokane. I’m both a runner, and a wrestler.

I have a lot of passions, but the one I always come back to is shooting.

My introduction into the tactical shooting world was at the beginning of my competition years and my dad and I (honestly I just tagged along but whatever) observed a Bill Blowers/Tap Rack Tactical class. I played some roles for the boys so they could actually have a target or something to look for. It felt like a really thorough game of hide and seek.

In retrospect I did learn a little bit on how to clear a house, info every 13 year old needs if you ask me. Between local comps and occasionally seeing Mr. Bill I was satisfied. Then being the very money conscious person I am, decided I needed to start posting videos and and getting my name out there (sponsors are life) because if not this great thing wouldn’t last as long as I wanted. 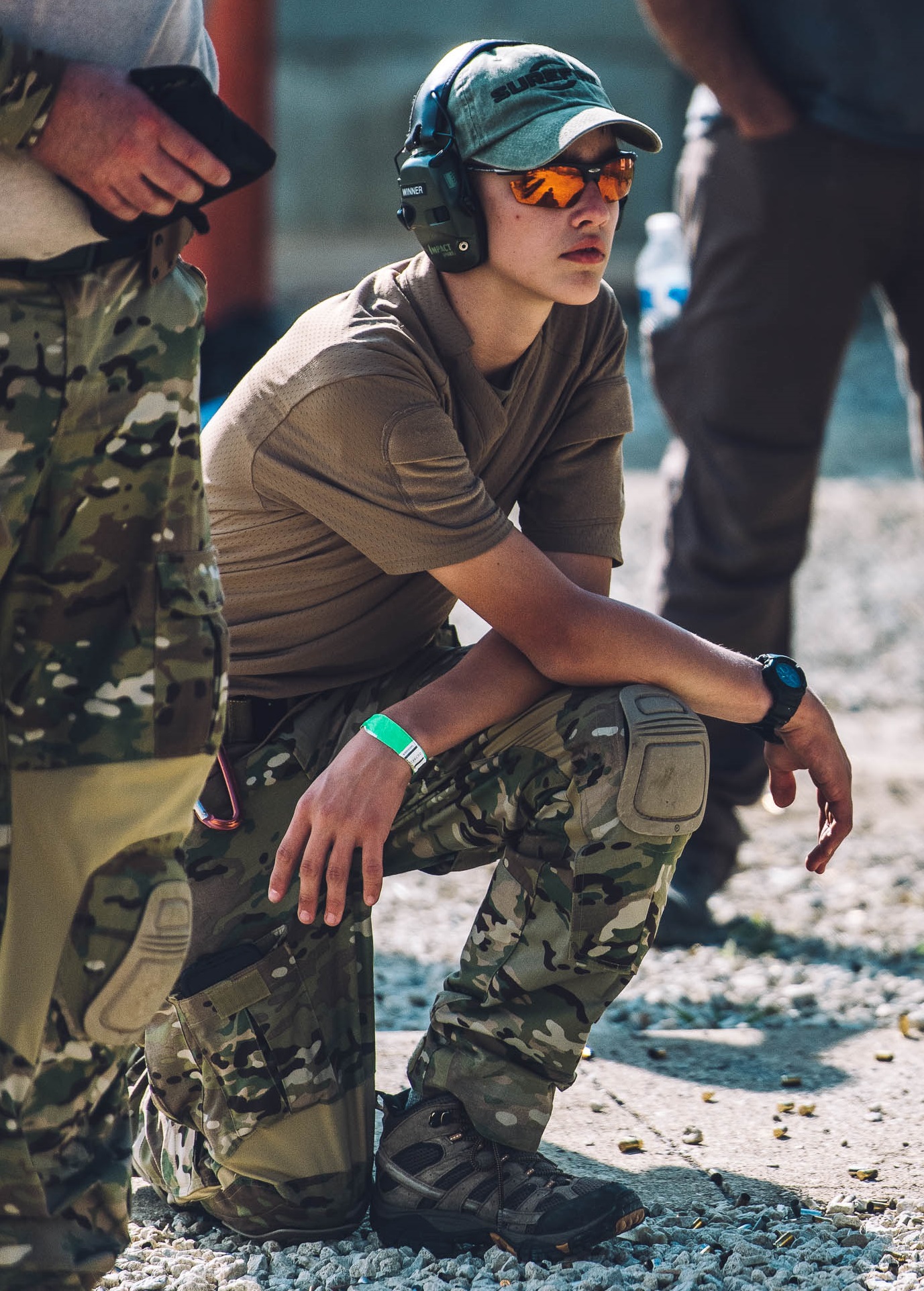 After a few months of videos and pushing my name I was fortunate enough to get sponsored by Team TUFF and Sentinel Concepts. Over time I’ve picked up a dozen more sponsors and trained with several instructors. I’ve attended the inaugural Shooters Symposium, the Friends of Pat memorial weekend, among a few courses. I’ve met some of the best people on the planet through my shooting. I’ve done things at 15 that 30 year old’s have only dreamt of. I have lived an amazing life so far and I can attribute a lot of that to my shooting.

That is a little about me and my journey so far, which brings us to the present.

You’re reading this article because one of my amazing sponsors, GAT Marketing, reached out and asked me if I would be interested in writing for their publications.

Apparently it’s uncommon to find a 15 year old who has done both competition and tactical shooting.  (Editor’s Note: Uncommon AKA Nearly Impossible) So with this peculiar perspective of mine I plan to bring something different to the table. Not the same potato salad everyone else is bringing but maybe a macaroni salad instead. I hope to bring something different that will either make you scratch your head, shake your head, or share what you read. I have been given an opportunity and I plan to capitalize on it.

I hope you all enjoy the ride.

Thank you for reading- Jase Winner