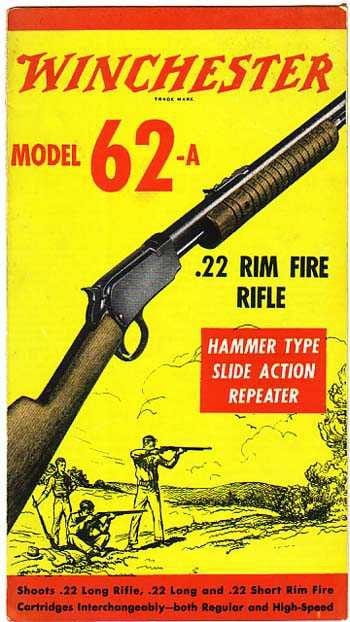 Who doesn’t love a good rimfire rifle or pistol? These guns have provided generations of shooters with affordable, easy-to-shoot firearms. Most of us likely learned how to shoot on a rimfire platform. That’s nothing new. Rimfire weapons have been around since 1845. Today we are going to examine the early history of rimfire guns, as well as the advent of gallery guns.

The Creation of Rimfire Cartridges

Louis-Nicolas Flobert created the first rimfire metallic cartridge way back when in 1845. Flobert is a Frenchman who started the world of rimfire weapons when he attached a very small bullet to a percussion cap. There was no powder, and the only thing that tossed that bb was the propellant from the cap. This became known as 6mm Flobert but is also called .22 BB Cap and .22 CB Cap. 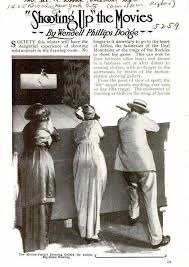 The little round moved at about 700 feet per second. Flobert took this projectile design and began crafting Flobert guns, as they were called. Flobert guns would evolve into several different named platforms, including parlor guns, gallery guns, and saloon guns.

Flobert’s creation also brought about the idea of a brass-cased cartridge. Metallic cartridges would go on to form superior repeating firearms and changed the world of firearms and warfare rapidly. Although, that’s a subject for another time. 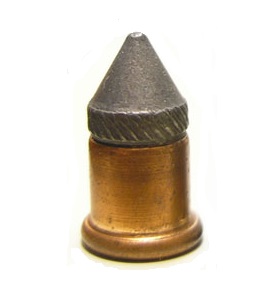 This spawned the rise of indoor and outdoor shooting galleries. As their popularity grew, it wasn’t uncommon for homes to have a parlor just for recreational shooting. As someone currently building a home, I’m trying to sell my wife on the idea of a shooting parlor.

The World of Gallery Guns

Shooting galleries became quite popular in the United States. They could be found at fairs and carnivals, in saloons and bars, as well as in town squares and theme parks. After World War I, these galleries became very popular. They allowed men and women to test their skills and knock down targets, and ring bull’s eyes. Game owners set up steel targets on conveyor belts. Shooters tested their skills with their gallery guns on moving targets in all manner of different shapes.

Some companies even mixed in the early advent of film and pictures to create an early form of video game. A film or series of stills would suddenly present a target, and shooters would have to engage it as they moved. These Cinematic shooting gallery devices became quite fancy, with the film projected onto moving paper to avoid the paper filling with too many holes and becoming a distraction.

The sport became so popular that Winchester, Colt, and Remington all produced some form of gallery gun. The most famous gallery guns in North America were pump action rifles chambered in .22 Short. The Winchester 1890 and 62 were pump actions, as was the Colt Lightning. The design of these guns implemented simple tube magazines and an exposed hammer instead of a manual safety. Long barrels and exposed open iron sights offered a good sight radius for accurate shooting.

It’s easy to see why shooting galleries were so popular. Shooting is fun. Even the most ardent anti-gun advocate would enjoy plinking with a rimfire rifle. Game owners advertised shooting galleries to men, women, and children and captured them all. The guns were lightweight and light recoiling, meaning anyone, regardless of skill, age, or gender, could pick up a gallery gun and hit a target.

The resounding ping of lead on steel offered the same thrill you and I get from hitting steel these days. These gallery guns and games still exist today, but they use air guns rather than actual guns, and it’s still fun. Those days were different days, and guns were a more common sight. While I’m sure accidents happened, people seemed to be a little less foolish around firearms back then.

These days you can get a reproduction gallery gun from Rossi, and it’s a fun little plinker. I’d love to see some form of the Shooting Gallery return. I’d imagine it would be a fun and safe way to draw new shooters in. Although, it would preferably be at a gun range and not a county fair.