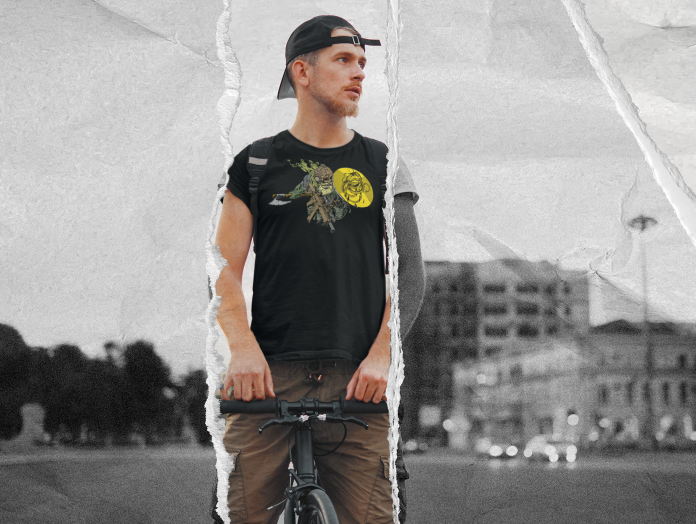 You know what the Gadsden Flag says: Don’t tread on me.

Do know what any of the Hávamál says?

It says lots of smart things, including “The foolish man thinks he will live forever if he keeps away from fighting; but old age won’t grant him a truce, even if the spears do.”*

This is the latest design from pro-gun apparel company Anachrobellum, and it involves a little bit of both.

It’s an expansion of their Viking-themed line of Norse shirts. Like some of its predecessors, it features a Nordic berserkr, but this rager is carrying a Gadsden flag shield with Jormungandr on it in place of a rattlesnake.

In addition to “typical” Viking fare like a bearded ax, helmet, and chainmail armor, the Norseman in the image is also equipped with a variety of implements that will no doubt be familiar to Mag Life readers. Not least among those is his SBR, which, it should be noted, sports such accessories as:

• one or more PMAGs (of somewhat indeterminate FDE/coyote tan color)

• a Magpul Ranger Plate (it’s difficult to tell which one)

• some model of Streamlight

• an RDS magnifier in one of his mag pouches

• some sort of silencer

Furniture and accessories of a similar nature adorn his helmet and ear pro, the mag pouches of his load-bearing equipment (LBE), and most likely the rest of his battle rattle and gear.

Those juxtapositions make sense when you consider the name. The name Anachrobellum is an amalgamation of the word anachronism and the Latin word Bellum, which means war. Anachrobellum’ss designs typically focus on a kitbash-like mix-and-match of gear from historical warrior archetypes and modern special operations personnel.

Get your shirt (or shirts) online right here.

*Actually what it says is, at least in part,