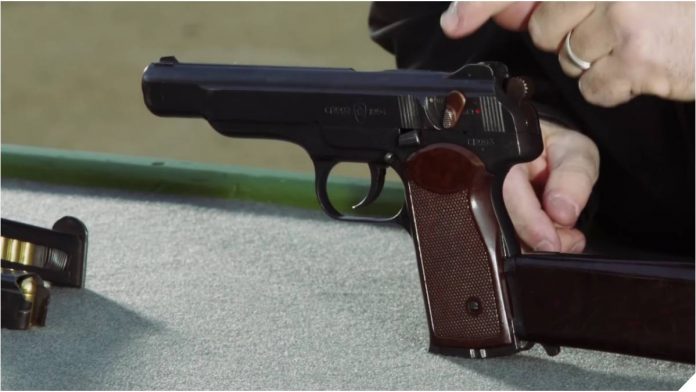 An interesting machine pistol of Cold War vintage, the 9x18mm buzzsaw that is the Stechkin APS never seems to get old. With a look at the blowback-action burp gun from the time of Brezhnev is Larry Vickers in the above short.

Designed by Igor Stechkin in the 1950s and built in a limited run, the APS is select-fire, capable of either semi-auto or going cyclic at 750 rounds per minute until the 20-round magazine runs dry – which is just a couple of seconds. Chewing through the same ammo used by the similar but much more workaday Makarov PM, the ‘Stech has been popular in cantinas and sketchy dives from Afghanistan to Angola and the Congo to Cuba.

If only it weren’t for the Hughes Act you’d probably see a few more of them over here.

For an extended look, Ian McCollum with Forgotten Weapons has a deeper dive on the ole APS, complete with a wooden stock– whereas Vickers had a later model with the Bakelite one.