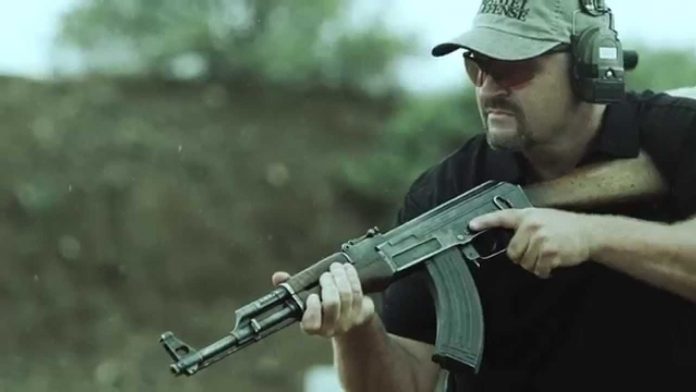 I grew up in a family full of Veterans and one of my favorite memories was heading to coffee with my Grandpa Jim and all the other WW2 Vets in town.  Hearing the way they bullshitted with each other left a strong impression.  Deja Vu set in once I joined the Army, as hearing a group of Rangers (or when near my brother, Marines) bullshit in the modern era doesn’t sound much different at all.  Ditto to the few Vietnam Veterans I’ve had the pleasure of hearing stories from.  While “shooters preference” may be a common term in training, it leads to the very best of arguments outside of the range.

Such is the nature of the argument of “Full-Auto” versus “Semi-Auto”.  There are no brainless politicians in my perfect world, so we’re not mentioning “Fully Semi-Auto”.  While every combat Vet I’ve talked with has agreed full-auto has an appropriate time and place for it’s use, there’s a bit of gray area as to just when you’ll want to use it, and as to how much training you’ll need ahead of time to be effective while using it.

Below are two videos covering the old “Full versus Semi” argument.  The first if by YouTube user Hickok45 and demonstrates the M4/AR platform at close range, against menacing water jugs.  The second video is by the legend Larry Vickers on his YouTube channel Vickers Tactical, where the Delta Force Vet and famous trainer demonstrates the AK platform against three paper targets.