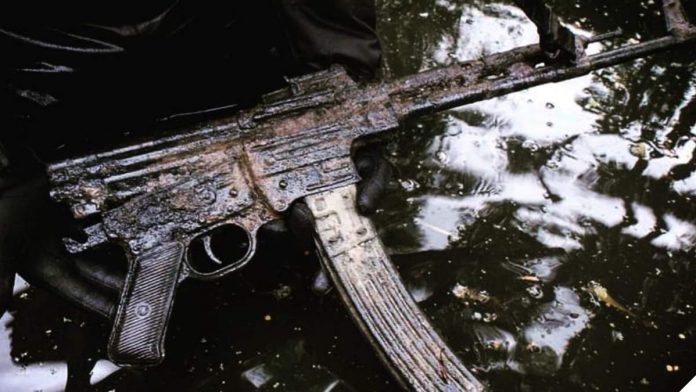 If you have some spare time, a wetsuit and a big magnet, apparently you can find some cool stuff in the waterways of Holland.

In the above video, the guys from the Dutch WW2 Magnet Hunters channel poke around in some muddy waters looking to pull a rabbit out of the hat and come across a lot of junk metal. Soon enough, though, they come across a couple of what look like German Sturmgewehr 44 magazines which of course leads to (wait for it) a beautiful StG44 rifle itself, sans stock.

“Last week we did our best magnet fishing find ever!” said the jubilant Hunters on social media. “After the two Sturmgewehr 44 magazines, suddenly the Sturmgewehr came up. We completely freaked out and couldn’t believe what we just found!”

A product=from the mind of Hugo Schmeisser, the StG44 the first of its class to see widespread adoption and the guns were likely lost by German troops on their way out of the Netherlands back to the Vaterland in late 1944 as Allied paratroopers fell on their heads ala A Bridge Too Far.

The hardy Dutch pond explorers have also stumbled upon piles of ZDZ-29 and T. MI. Z 35 detonators, at least five Mauser K98K bolt action rifles, and other assorted odds and ends. They said that they call in unexploded ordnance, but it seems like they have been able to hold on to some of the other goodies, like the crusty bolt guns.