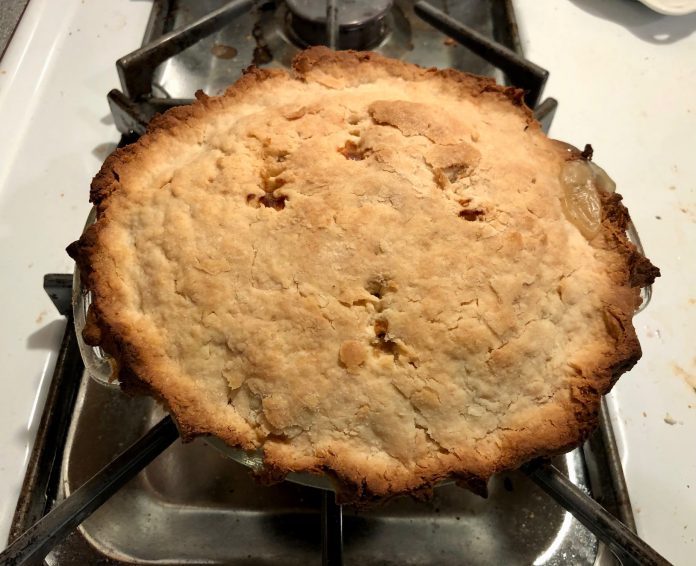 (Author’s note – I initially started writing this article pre-pandemic in Feb 2020. It then fell down into the cracks of my e-files and never got finished. Little did I know how the pandemic shortages were going to shake out and how much some of this advice was needed)

We live in a sanitized world when it comes to food. Meat is largely blood free and plastic wrapped into sterile slabs. Veggies are scrubbed free of dirt, pre-washed, and sometimes sprayed with chemicals. They are often even pre-chopped and frozen for convenience. We live in a completely different culinary world compared to our ancestors. We have lost a lot of flavor and skill over the years as well.

This was brought home to me recently through the experience of an acquaintance of mine. This person was given some game meat to try (not by me). It was squirrel.

I know, right? I’ve been trying to learn to hunt squirrel, but don’t have any of my own yet, and this non-hunting person was just handed some.

The recipient gets “points” in my mind for at least accepting the game meat, that is true. Though it was probably more out of courtesy than true relish if truth be told. Nonetheless the gift was accepted with good grace. In the ensuing weeks I kept asking if my friend had tried the squirrel yet. The answer was always no.

Finally after much cajoling, the deed was accomplished and I asked for a report. They didn’t care for it. And that in itself is okay, but the main complaint was that the meat still had bones in it and there were flecks of fur that had to be washed off of the frozen meat.

I tried to hide my derision, but – Really? You do know that meat comes from animals, right? And hair/feathers/scales is what covers those animals? Are you really so delicate that you can’t stand to wash a few stray strands of fur off your meat as you defrost it? Are you really that divorced from the reality of where your food comes from? It made me shake my head.

Now, I’ll be the first to admit that I’m not the world’s most adventurous eater. I was extremely picky as a child, but I’ve gotten much better over time. I still have some “nope foods” though. For instance, I like a good crab cake if someone else gets all the meat out first, but some crabs are just too much work to bother with whole. And sucking out the “mustard” or whatever that is? No thanks. Same with stuff like raw oysters. Snot on the half-shell is not my thing.

I guess where I’m going with my point is that if there is a further economic collapse, lots of people are going to have to change what they think is acceptable to eat (including me). It’s that or starve. It used to be that even tiny bits of protein – wherever they could be found – were carefully hoarded by our ancestors and used in many creative ethnic dishes. Nowadays many of us have lost that mindset of frugal use of scarce resources and now turn up our noses at perfectly good protein sources just because it’s not a plastic wrapped organic chicken breast.

How many people these days boil down their leftover meat bones to make stock and soup? In this world of chicken nuggets and pre-frozen meat slabs do people even know what bones are anymore? Extracting every last bit of marrow, protein and collagen out of an animal carcass is a time-honored culinary tradition. But for many people these days it’s too much work. They’d rather buy a screw cap carton of broth at the grocery store. That’s a habit we may be forced to unlearn. I hope it’s not because of complete economic catastrophe, but things aren’t looking very good at the moment. Nonetheless, it never hurts to learn new frugal cooking habits. Plus, the favor is better when you make it yourself.

I personally am a huge fan of cooking down that Thanksgiving turkey carcass to make quarts of a delicious broth and resultant soup. The same goes with the Christmas hambone. Bones do not go to waste in my house. But not everyone lives their life like that.

My friend still had another bag of squirrel left that hadn’t defrosted, and he didn’t want it. So guess who was the grateful hand-me-down recipient?

I fired up my Instant pot, cooked down that meat, and then made squirrel pot pie! The carrots, peas and potatoes where ones I had dehydrated and stored last summer – just to see if it would work. It DID work, and the results were outstanding! Even better than I had hoped. With homemade scratch crust made with real butter, it was fantastic! And though not “completely” free, it was pretty darn close.

Since then I have repeated the pot pie exercise with scraps of leftover domestic rabbit and the results were equally delicious. Entire meals can be created out of leftovers and scraps – even if you have to deal with some bones and a little fur or feathers along the way. In the current economy if you are throwing away food scraps and leftovers you might as well be flushing money down the toilet.

With the ongoing supply issues and looming possibility of even worse fuel prices exacerbating the mess, we all should be looking at more frugal and creative ways to deal with our supply of proteins. Turning up your nose at a little bone and fur may no longer be an option.