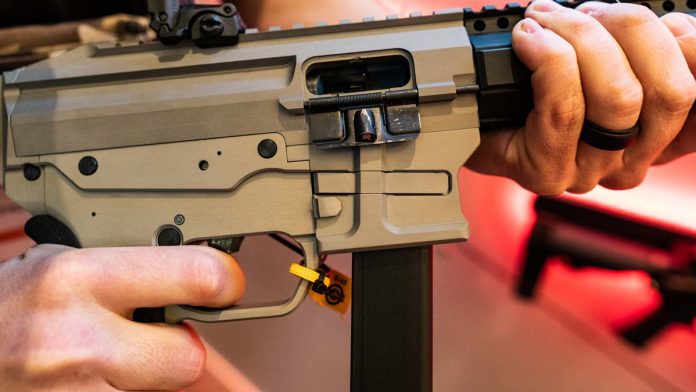 Franklin Armory is at it again with the innovative Digital Action found in the Providence rifle. Founded in 2012 and known for their binary triggers, Franklin Armory has also become known for  producing interesting products that seem to fly in the face of the “mainstream firearms industry” at times. In speaking with Brandon Dunham, one of Franklin’s marketing team, he stated, “… we want to be defined by our quality and innovation.” The new Providence rifle is certainly innovative.

The hear of the rifle is the “Digital Action” technology. Compared to a double action handgun, the Digital Action actuates the rifle bolt with the pull of the trigger. When you pull the trigger back the bolt goes back, when the trigger breaks the bolt releases, picks up a round, locks, and fires. The bolt remains closed on the spent casing until the next pull of the trigger. The rotating locking bolt only fires from the closed bolt position and all the gas is pushed out the front of the barrel, just like in a bolt action rifle. Because of how it fires, the AR looking is not classified as a semi automatic.

Currently in development Franklin Armory is developing carbine and pistol versions of the Providence in pistol calibers. (.22, 9mm, 45, and 10mm). The goal is to have the Providence be caliber and magazine swappable. In other words you would be able to swap between calibers and also magazine types, ie, Glock or S&W magazines.

Currently still in development, the Providence was built at the request of some international clients.  While it does have some application for more restrictive states here in the US, Dunham indicated that the project was really geared more toward extremely restrictive foreign markets that have “not seen any significant rifle improvements in decades.” He went on to say, “Our goal is to have production models later this year.” One of the refinements that they are working on according to Dunham is getting the trigger down to around a 4 pound pull. 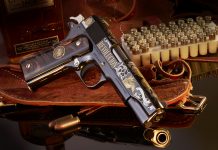