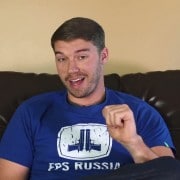 FPS Russia released a Q&A video where he breaks the fourth wall and sheds off his Russian Persona to talk to the audience as Kyle, a guy who makes gun videos and lives in Georgia. He answers a few questions from Twitter such as “What is the best gun for HD”, “What is the best […]