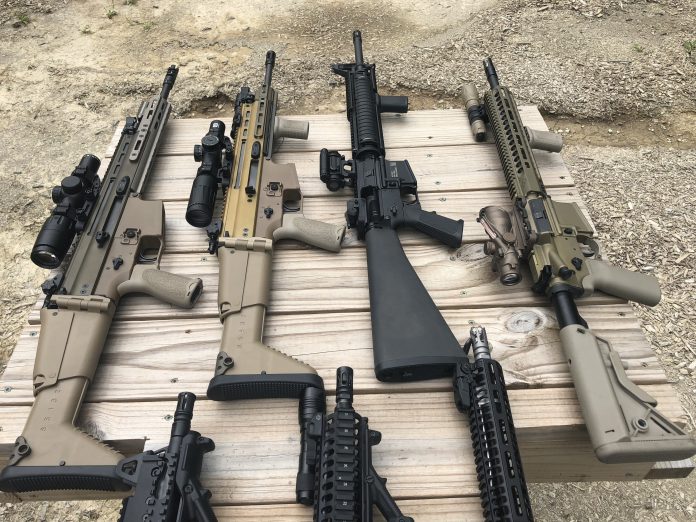 I surveyed my long guns the other day…

I’ve owned and moved on from a number of firearms, a magnitude more than I have kept. My brand loyalty is a very ‘what have you done for me lately’ inquiry biased on if a company is pacing practical technological development.

‘Is there a better product for what I want it to do?’ is a question that parallels ‘Have I tried that tech yet?’

I am not a ‘Gun Collector’ nearly as much as I like good tools.

While there is a great deal to say for subjective preference (I’m still a firm ACOG fan and no RDS nor LPVO has supplanted that) and fad tech (RIP Ammo, rotating quad rail, etc.) is a constant item to be on the lookout for, there are certain places where stability has been firmly planted.

Every single one of my conventional long guns is made by Fabrique Nationale Herstal. It might be a bias. But it is one based on experience. FN America makes fine rifles and I’ve loved shooting them since the first.

In 2007, in a training camp in San Diego, California, I was handed an FN rifle and drilled in its use. That well worn gun, bluing so old it was purple, barrel nearly polished shiny with handling, had me dropping targets 500 yards away with iron sights. An FN made M16A2, worn, torn, and rattling with use, did exactly as I needed it to.

A few years later, in the West African Sahara, training with local military forces I still had an FN. The M16A4. The rifle continued to do exactly what I asked it. I took care of it and it took care of me. We exposed the locals to the rifles, reliable precision tools that we shot hard, cleaned, and shot again. We expended more rounds in a day of training than many of them had seen or will see in a 20 year military career.

Our FN M16’s and M4’s, even used and abused by the uncaring Marine hands who just want to be released from duty, did work when called on.

A term popular in this industry is the ‘Go to War Rifle’. What’s your go to war rifle? The rifle you grab when the proverbial ‘shit hits the fan’.

For myself, and millions of veterans, this was literally our go to war rifle. FN made our M16 or M4, our SAW, our M240. They delivered our tools of the trade and have for decades, and they work.

Anecdotes and sales propaganda for other platforms exist in all spaces military and commercial but FN delivers, and they are damn proud of it.

This is not a disparage on other platforms of high quality. This isn’t to say I wouldn’t or haven’t had other rifles in my hands occupying that role, I have. It is to account that FN has held the space the longest, the most consistently, and with uncompromising longterm dependability.

These 4 brothers are a foundation. They represent a baseline of past and current excellence, and they do so in a field of good contenders.

I’m very transient in my tastes when it comes to firearms. I love trying the new tech configurations and seeing what engineering has come out with next. Yet these 4, in many ways, represent the old tech right along with the new. The M16, while incrementally improved, is a standard from 1969 and it’s last major update was 1998 with the A4. The SCAR is nearing a decade in service. These are the very essence of evolution over revolution. 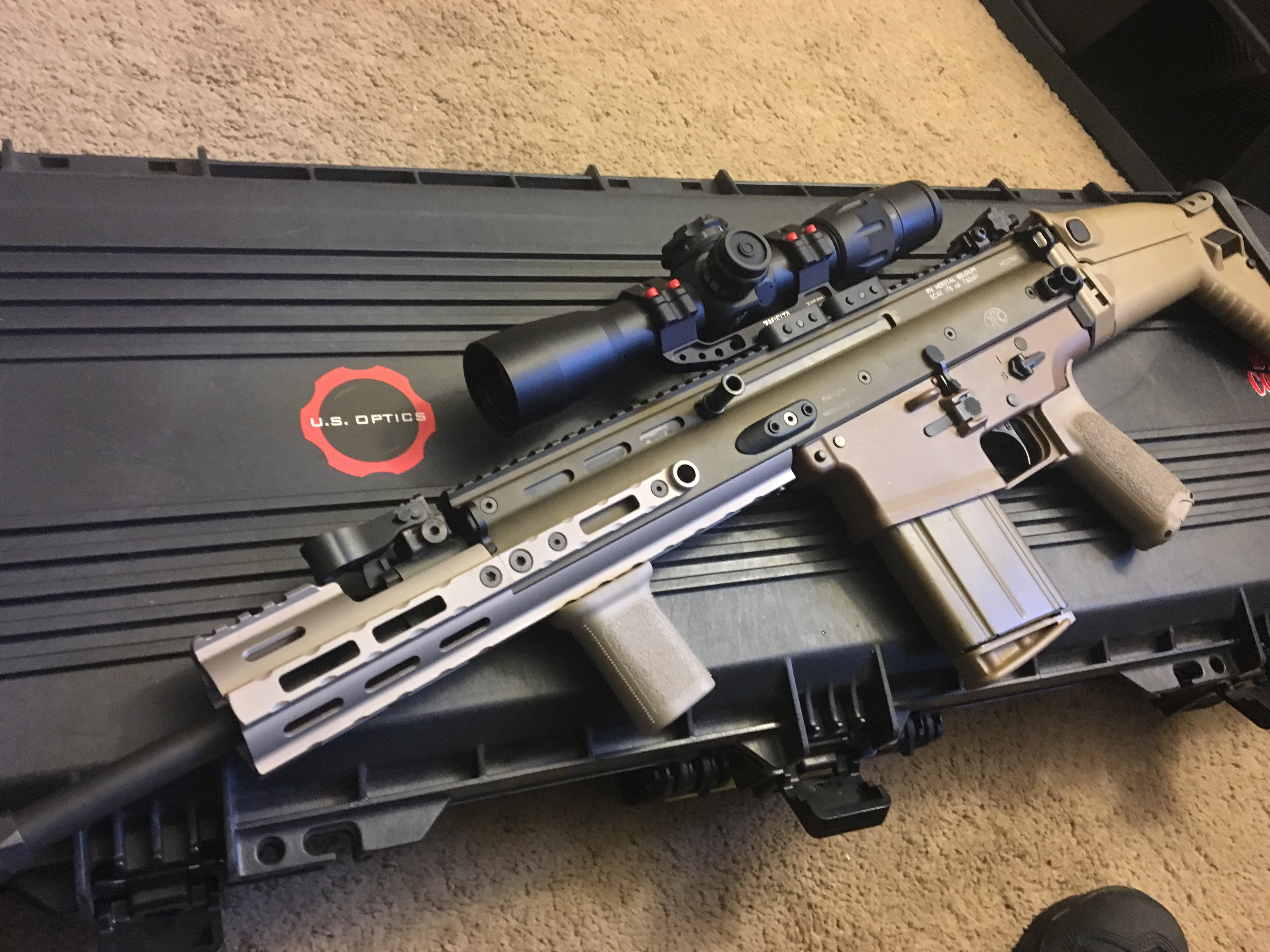 Representing, still, an unparalleled leap in battle rifle technology that blended in service standard ergonomics and SOCOM requested features with a tremendous reliability leap and excellent accuracy the 17 was and is my ‘dream rifle’.

The 8lb 7.62×51 delivery system has represented my concept of a jack-of-all-trades rifle in a field that thrives on specialization. While the field is now well stocked with good .308’s none of them hit all the brackets the SCAR17 can, they’re always lacking somewhere.

I, like many Marines, have an affinity for the reliable rifle that transcends the base features of the two decades old warhorse. This particular model has a technical data package (TDP) from after I left service (the ambi-safety and new rear sight) and the Corps. has moved combat arms development forward by integrating the M4 and M27 into place for the mobility and acknowledgment of reality in urban combat. But that M16…

Side note: It’s actually heavier than the SCAR17

This is still my rifle and I would without hesitation grab it for a fight. Put a correct RCO on it and I will be happily at home but I’m considering trying an LPVO with it.

The liberties I have taken were an upgraded charging handle and ditching the flimsy and overpriced vertical grip that Knight’s Armament came up with back in the day from toy plastic for a Bravo Company short VFG, my preferred. 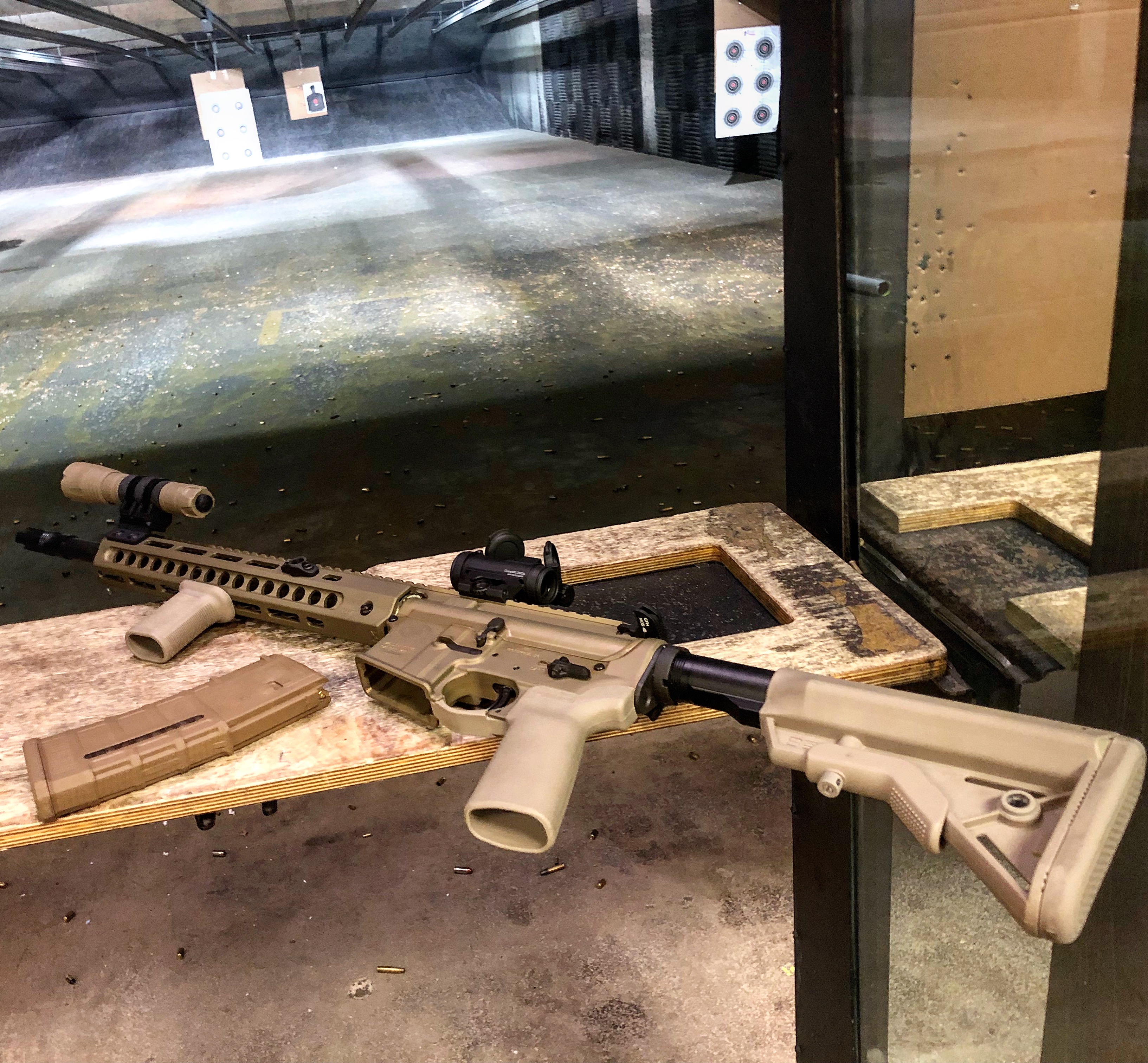 Leap the M16A4 forward two decades and here we have the FN15 Tactical Carbine. M-LOK compatible handguard on a freefloating cold hammer forged barrel with B5 systems providing the more updated ergonomics around the stock and grip. I modify all my firearms so adding a Geissele SSP, Noveske STS, and BCM ambi charging handle completed the package along with your choice of optic and sights.

I didn’t own a conventional AR15 any longer until I picked this up, along with the M16A4. It’s a full pound more svelte than it’s A4 older sibling. 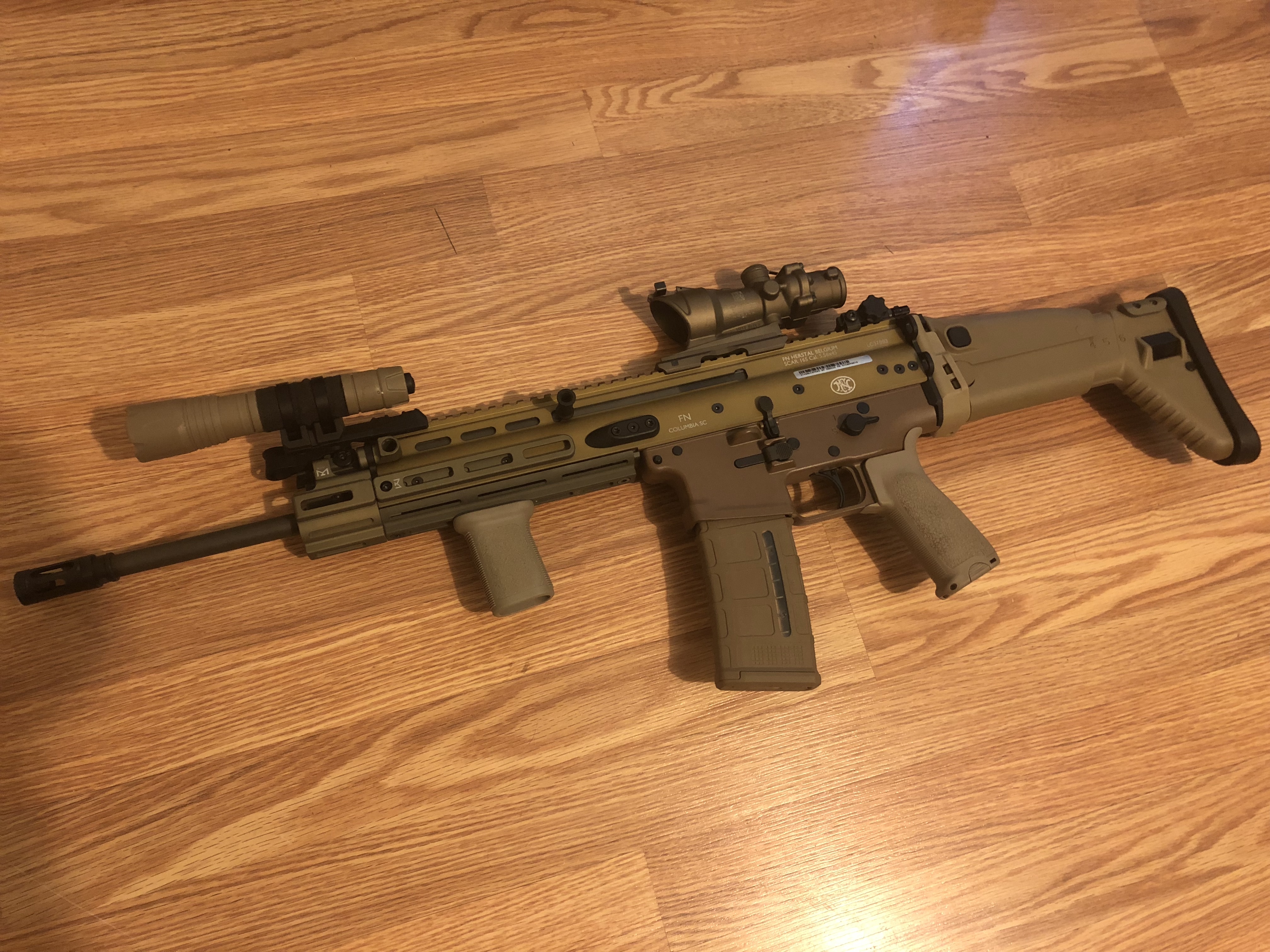 The rifle of the 4 I actually picked up with the greatest reluctance.

I didn’t feel the 16 offered anything that a rifle like the Tactical Carbine or even the M16A4 didn’t.

I picked it up because I didn’t have a conventional 5.56 at the time and the SCAR17 was easily my favorite rifle. I was just matching ergonomics instead of picking, in my mind, a superior rifle. The longer I’ve shot it and the more I use the 16 the more it cements itself as my favorite 5.56 carbine alongside the 17 holding the top spot overall.

It also happens to inhabit a wonderful niche in my EDC. But I’ll cover that in it’s own review.