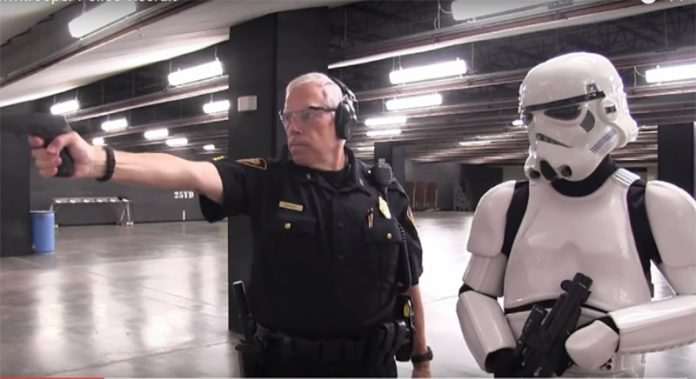 The department, following up on a 2015 recruiting video in which they interviewed Lord Vader himself, somehow agreed to let a Stormtrooper try out.

After repeatedly missing the target with his Blaster (“Only Imperial Stormtroopers are so precise”– Srsly??), the training officer gives said would-be recruit some pointers that boil down to “stop jerking the trigger.”

“Well, you are closer to the target than I am,” says Darth Vader’s crack foot soldier.

Then, after being allowed to move to near contact-close range, he finally makes a hit.

Who recommended the Trooper? A certain creeping dark robed guy with COPD, that’s who.

Probably for the best. No department really wants a brainwashed marching murder machine on the beat, do they?

The vid is not the first that FWPD has done with possibly trademarked guest stars.

Check out these high production value clips below. 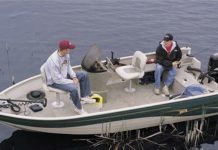