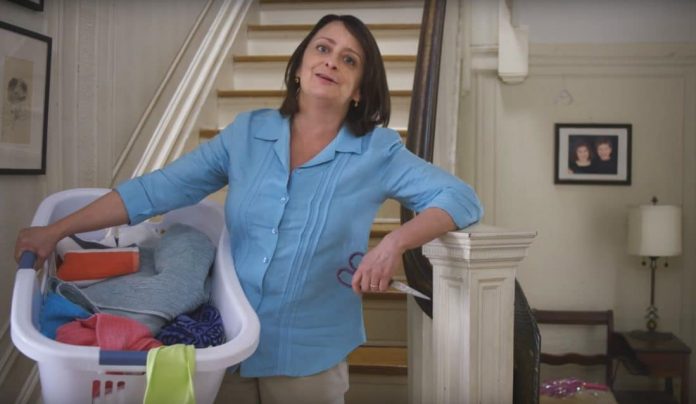 The spot, entitled Safety First, features Dratch who the group bills as a member of their Creative Council and tackles the practice of restaurants that allow the open carry of firearms while at the same time serving alcohol.

While it begins to drag for a bit even though only a little over one minute long, the money shot is where Dratch and her soccer mom family look up to find the room of their favorite pizzeria loaded down with vicious looking hardware to include at least one (wait for it) AK-47 type rifle, because you can’t have open carry in a pizzeria gun control sketch without an AK-47…

Other members of the Everytown Creative Council include Julianne Moore, Sarah Silverman, and Amy Schumer, the latter of whom appeared on a SNL skit last October lampooning gun culture in a similar fake public service announcement.

Moms Demand Action, a group under the Everytown umbrella, has dedicated themselves to establishing a database of bushiness and restaurants in Texas that, since open carry became law on Jan. 1, have declared themselves to be gun free zones as far as the practice is concerned.