I’m not one of the dudes floating around hating on 1911s. However, I do see them as obsolescent. They aren’t obsolete, but they are on the way. For concealed carry, it’s whatever, but for duty use, I don’t see a real reason to choose the 1911 over any modern handgun currently on the market. The Marine Corps’ own Force Recon clings to the 1911 as the M45A1 CQB. They do have access to the M18 and G19X, but the 1911 is the official sidearm.

Today we are going to talk about why Force Recon should ditch the 1911.

Currently, they are one of few military and police forces clinging to America’s warhorse. Without a doubt, the M1911 has a fascinating and rich history of service. However, so does the Thompson, the M1 Garand, and the Winchester 1897. We all admit these guns have faded from service for a reason. It’s time for the 1911 to take that long walk in professional retirement. 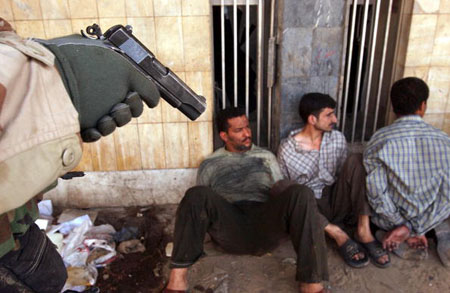 Why exactly should Force Recon ditch the 1911? It’s not just because it’s an old gun; it’s because it lags behind technologically.

Eight rounds of 45 ACP isn’t much to rely on. Maybe Force Recon Marines use a 10 round extended magazine. 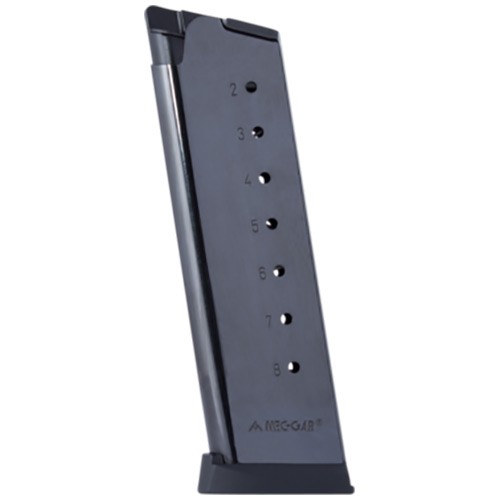 Great, now you have the State of California approved capacity. In a world where 17 to 21 rounds are standard, then 8 to 10 rounds aren’t favorable. If you swap to your handgun, then it’s likely an emergency situation, and in that situation, more is likely better than less.

The MEU(SOC) Force Recon 1911 weighs 40 ounces unloaded. That leaves to wonder two things. First, why carry a pistol that weighs 40 ounces and holds eight rounds, and did Colt 45 name their malt liquor Colt 45 because it’s 40 ounces too? Weight wise the new M17 from SIG Sauer weighs 29.04 empty ounces and offers 17 round flush fitting magazines, and 21 round extended magazines. Polymer framed pistols cut a hefty amount of weight and give you more firepower per ounce.

It’s Expensive To Produce and Maintain 1911s for Force Recon

High-quality 1911s cost a heckuva lot more than high-quality polymer frame, striker-fired pistols. Force Recon aren’t wielding Taurus 1911s here, but some of the very best combat weapons on the market. As such, they pay a hefty sum to purchase them. Force Recon is not a big force, and they can’t take advantage of economy of scale when they purchase these high-end 1911s. To maintain these weapons, you need a specially trained armorer to service and maintain these firearms. Quantico’s Precision Weapons Section does the job with specialty training, tools, and experience that doesn’t translate to any other part of the Marine Corps.

[Editor’s Note: I have it on authority from Quantico that every pistol needs to be worked over before becoming deployable, nothing is out of the box.]

In an effort to update the 1911 design, Force Recon purchased the Colt M45A1 pistol. It’s a fine-looking 1911 with a rail, tritium night sights, G10 grips, and the like. The cerakote FDE finish looks great but turned out to be crap. The finish flaked off and quickly induced failures in the gun, leading the USMC to decommission and sell the guns. 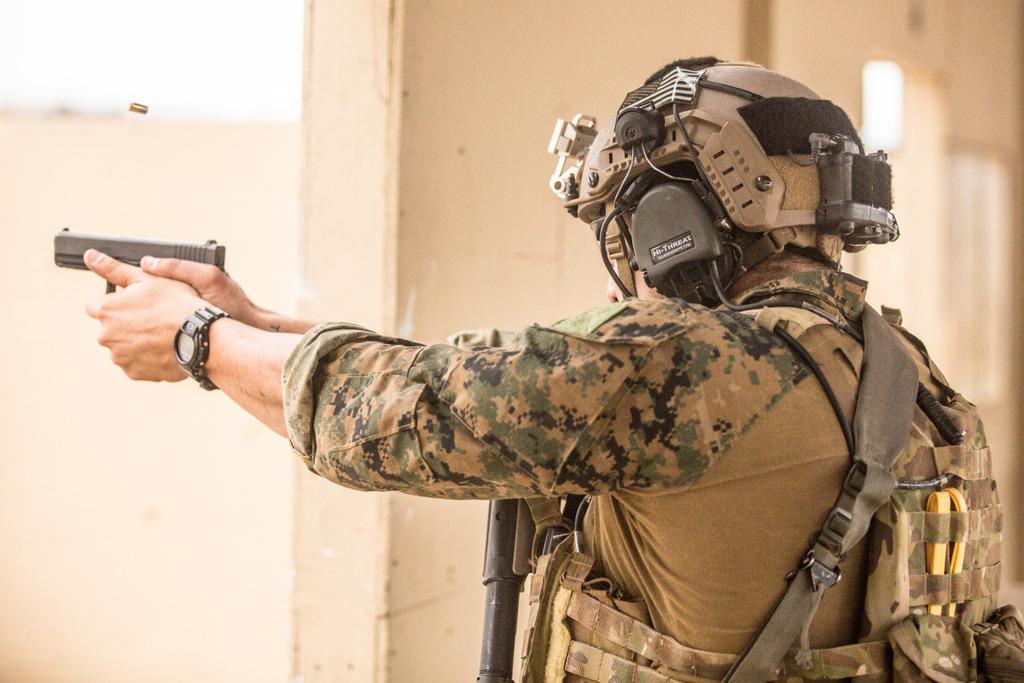 Over a century later, it seems like we still can’t get a 1911 to run as well as a modern firearm design. This isn’t the fault of the design itself, but we’ve had over a century to improve our firearms and technology.

45 ball and its famed stopping power don’t hold a candle to the new 9mm JHP loads the military has adopted alongside the M17 pistol. These M1153 Special Purpose rounds give the end-user a 147 grain, jacketed hollow point projectile that outperforms any full metal jacket round. 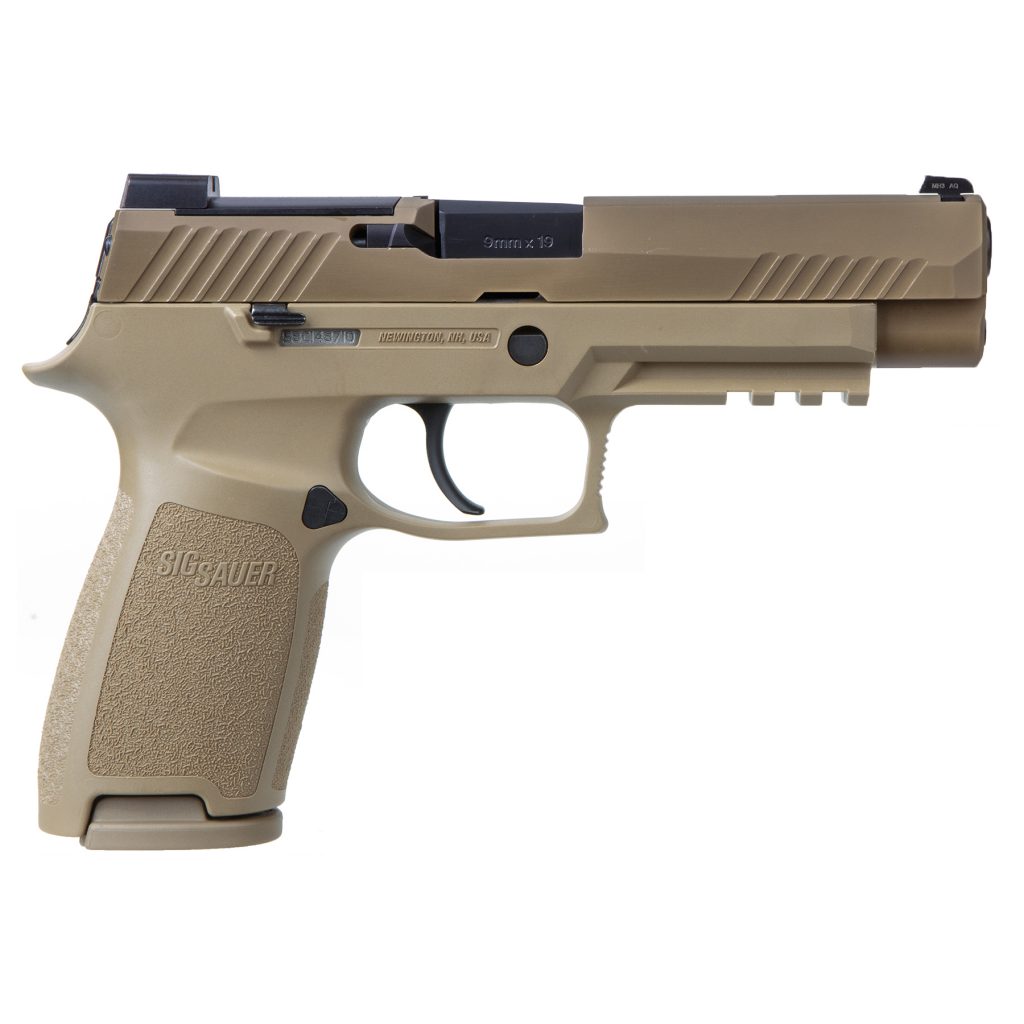 Instead of having eight rounds of 45 ACP ball ammunition, Force Recon could have 21 rounds of 9mm jacketed hollow point ammunition at his side. I know what I’d prefer.

Sometimes Sacred Cows Should Be Tacos

Force Recon seems to have an identity issue with the famed 1911. They famously held out on the adoption of the Beretta and gained a bit of fame for it. I’m curious to know why the Force Recon 1911 has stuck around for so long. Is it a sacred cow? If so, grind it into a hamburger. Delta, DEVGRU, and MARSOC have ditched the 1911, and it’s time for Force Recon to do the same.