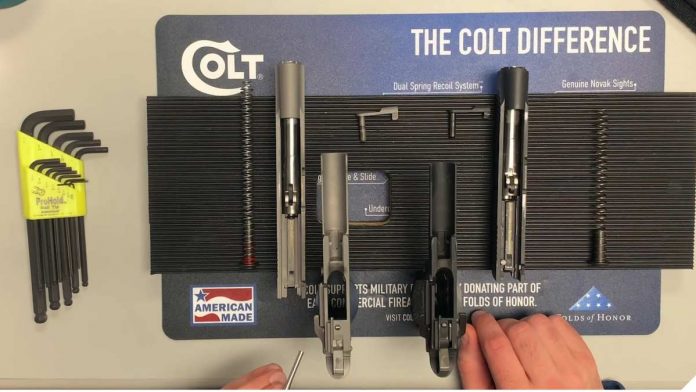 On a pistol that has been around for 108 years, there are a bunch of generations, and here is the easiest way to tell the main difference between the 70 and 80 Series. Justin Baldini, product director for Colt, covers the evolutionary process between the two.

It’s a major difference to 1911 fans, with many preferring the older 70 Series for competition guns. The 80 Series, so called because it was introduced by Colt in 1983, is a more modern development, aimed at increasing drop safety for carry guns through tacking on additional features such as a safety plunger, with the caveat that it adds some extra trigger smush.

What’s the best? Beauty is in the eye of the beholder.