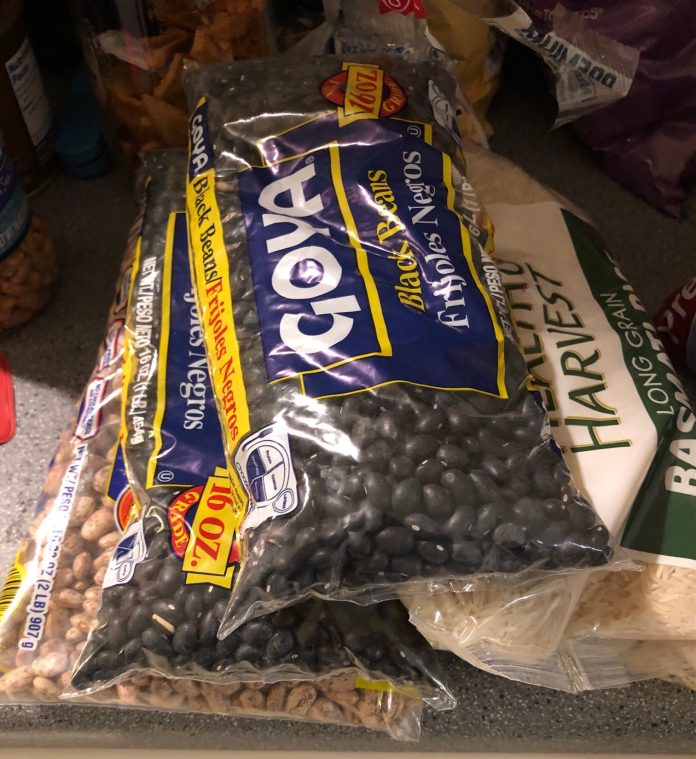 Can you stand another food post? Well you’re getting one anyway, because it’s been the only thing that has kept me from choking something this past week.

Like many of the rest of you I am emotionally struggling.

Except that would just get me arrested, and likely un-licensed and unemployed. So what is a middle-aged conservative woman to do with all that pent-up rage?

One “can” find peace by quiet acceptance and laying it in the hands of the faith of one’s choice. Except how does anything ever change that way? But speaking up/out uses up valuable emotional energy and further stokes my inner fury. Spending my days in a state of simmering rage only interrupts my sleep, destroys my appetite (well that is not necessarily a bad thing – ha!), and destroys my health – both mental and physical. Rage with no outlet is useless and can be self-destructive.

In struggling to find a coping mechanism, I have found one activity which soothes both ends of that inner turmoil – food prepping. There are others – writing to one’s congresscritter (uhh, yeah), buying and loading more magazines (if you can find ammo), target practice (ammo again), dry fire, etc, but I have found that food prepping gives me more peace of mind.

The end of the gardening season has not ended my food-related activities. I’ve already written about learning how to pressure can.

Since gaining those skills I’ve spent all of my holidays and weekends off pressure canning turkey, soups, boar sausage, chick peas (for hummus), and pot roast. I’ve also been busy dehydrating more basic veggie staples such as carrots and potatoes.

I’ve got another frozen turkey yet to can too. It’s in the fridge defrosting now and I’ll do that during what would have been SHOT week, which I’m taking the time off for even though it was cancelled. Also in the offing is French Onion Soup and Turkey Pot Pie filling to be canned.

Fortunately my ammo situation is *mumble mumble*, but my canning lid supply is marginal. I have enough for a few more months, but scouting stores for lids has become my new day-off activity. Stocks of canning supplies are slowly coming back, but canning manufacturers experienced a “run” this year not unlike the one ammo manufacturers are still trying to catch up on.

It got so bad that people trying to buy lids online found themselves scammed by Chinese knock-offs and even unscrupulous people sealing up old used lids in boxes and selling them as new. Jars are infinitely reusable, but the flat part of the two-piece lids are supposed to be single use. There are a few makers of reusable lids which I’ll be looking into for the future, but in the meantime I am always on the lookout for those little green boxes. It gives me something else to do when I’m scouring the internet and getting angry.

I made a social media post this past week about buying additional beans and rice to sooth my political anxieties, too. Adding to the stockpile can give at least a little peace of mind about an uncertain future which might include job loss and being “cancelled” for thinking wrong thoughts.

That’s not to mention the soothing manual activity of chopping, cutting and handling the food. Many people find repetitive physical tasks to be calming. Some people clean the house when they’re worried. Some people mow the lawn. I have found that chopping veggies for soup, baking bread, etc is calming. It lets my mind rest for a few minutes – concentrating on the task at hand rather than ruminating about events which may adversely impact my life, but over which I have little control.

Granted having a full pantry (and buckets and tubs and…) won’t keep me from being sent to the Gulag for Wrongthink and Thoughtcrime, but it can at least help cushion the blow if the new puppeteers in office are determined to make the United States the new Venezuela.

If you need me, I’ll be in the kitchen.