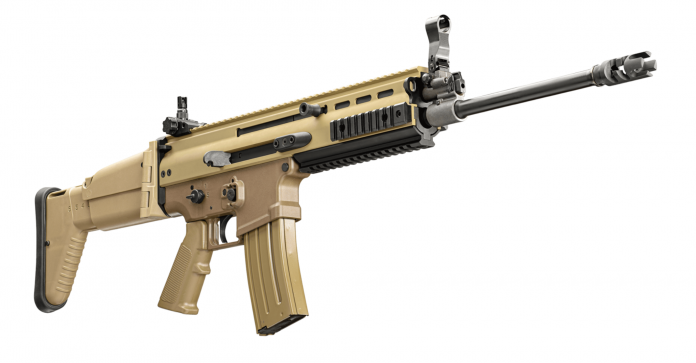 FN has launched an update of the SCAR rifle series and talk of the town is the feature probably most requested since the SCAR’s inception… a non-reciprocating charging handle.

It is even in the name, NRCH. Non-Reciprocating Charging Handle

The SCAR series is my favorite rifle, I’ve said it many times. This update has been a long time coming and they’ve had the tech for it for a long time. We saw it in the little FN SCAR-SC first in a commercial facing product. That is another item we are waiting for FN to make a open market version for.

They’ve also fully ambi’d the system by giving us a charging handle on either side. I expect folding variants to follow or already be compatible.

This update has come to the 16, 17, and 20 and it appears they’re using the improved gasblock design from the 20 as well.

Does this mean you should ditch your old SCAR for a new one? No.

Will these be available to retrofit older SCARs? Possibly, as I understand the system from talking to FN at shot it involves only a few changed parts.

But commercially this is a move long in the making. While military personnel don’t get a choice and the reciprocating charging handle was part of the contract, even FN knew it was an odd choice that would face criticism. They had a non-reciprocating variant ready to go on request.

But that request really never came. Oh, commercially it did but the rifle was still selling like wildfire and is one of the most expensive 5.56 platforms on the commercial market.

But the SCARThumb was a real thing for a lot of people who used various grips that worked on the M4, namely magwell grip. The valid counter critique was ‘hold the thing correctly and it isn’t a problem’ but the contention was born. Not that the AR-15 isn’t without criticism, the M4 was getting a lot of misplaced hate in the middle of GWOT. Now it’s the golden child again. What we do know is the SCAR beat out the M4 in testing, but only by a small available margin because the M4 is an excellent carbine platform and benefited from excellent improvements during this period too.

I was once told that a magwell grip was a ‘CQB’ grip and that was why an individual wouldn’t use the SCAR… I was told by this same individual they could get them for $1,500 and immediately said sign me up for four. Guess what conspicuously never appeared.

Legitimate criticisms of platforms can very quickly devolve into irrational ones. The most vehement carbine detractors are often poorly informed ones, no matter how high up the food chain they are placed.

But we did boys and girls, we finally have SCAR updates from the factory.

Will I be getting them? Probably. I’ve been considering a second pair 16/17 for awhile.