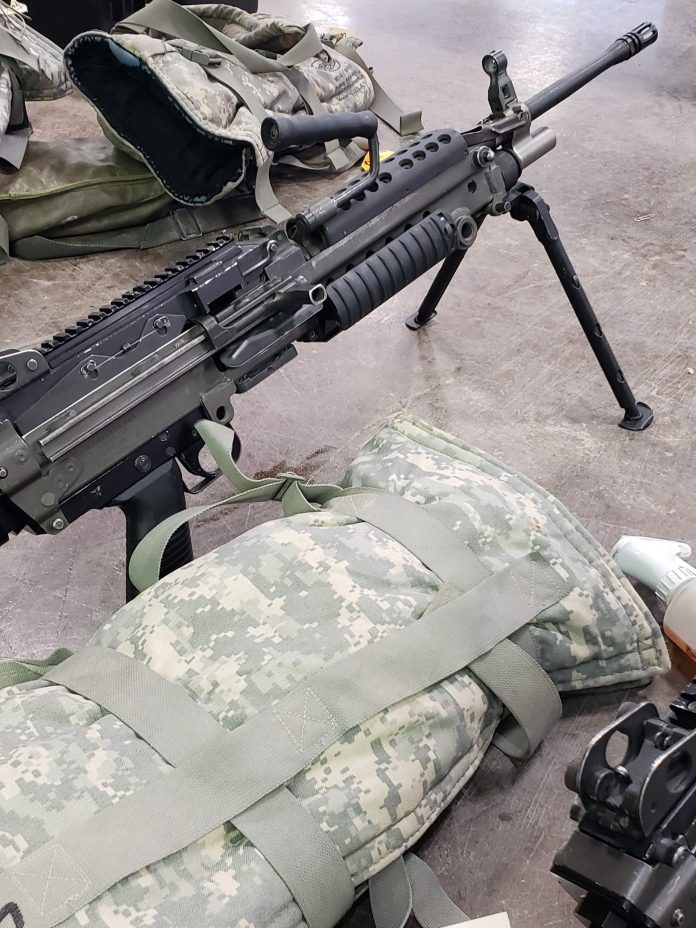 On the drive rod assembly there is a riveted or (dimpled) pin that holds the assembly together. Owners and operators of this gun often install the rod with the dimple up and exposed. I have also seen them somehow lock the two pins on each side inside the receiver at the 12 and 6 o’clock.

Below is the correct installation of the drive rod and drive rod spring. The dimple should be DOWN and the pins should be locked in to the receiver at the 9 and 3 o’clock.

Why do we care?

There is a legit reason for installing the drive rod with the dimple DOWN. If anything were to break within the drive rod assembly that rivet that is holding those parts in would not be impacted by anything in the gun as it is protected by the bottom of the receiver. If the rivet were to be up and the drive rod were to break that rivet could be removed by other parts within the weapon and more damage could occur, not to mention the difficulty it would be to remedy the malfunction.

There are now drive rods that are being pushed out from manufacturer that have stamped on the rod “this side up” because it is still being installed incorrectly.

I too have installed this part incorrectly a number of times because I didn’t understand the “why” of it. After going to the FN M249/M240/MK-19 course by FN in South Carolina, I have not messed it up once because it registers as being something of importance.