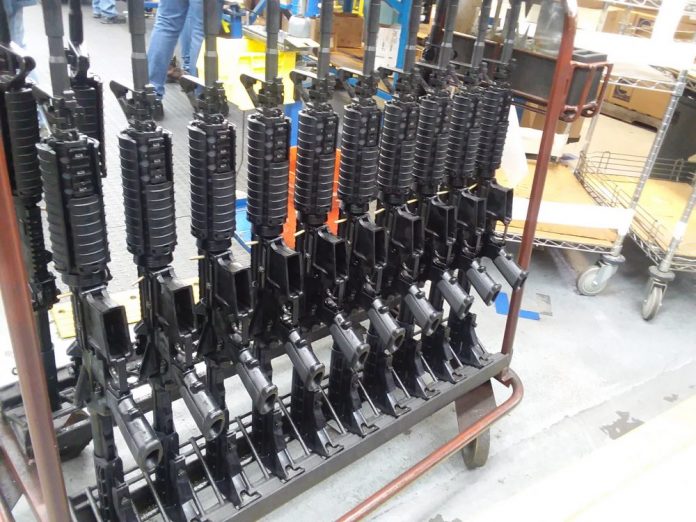 FN stands to make $119 million over the next five years on a new M4 contract for the Army. (Photo: Chris Eger/Guns.com)

South Carolina-based FN America beat out a crowd of other vendors to land a whale of a military contract for new M4s.

As detailed by the solicitation, “The M4/M4A1 Carbines provide the Department of Defense with compact, lightweight weapons that fire NATO 5.56mm ammunition from a 30-round magazine, mount the latest generation of fire control accessories and enablers, and provide increased protection and firepower in close quarters.”

The guns must be manufactured exclusively within the United States or its Territories, with an estimated completion date of Jan. 30, 2025.

To see how FN makes M4s for the military at their Columbia, South Carolina facility, check out our recent factory tour below. At the time of our visit, FN said they made roughly 500 M4s every day. After they’re test fired, they’re disassembled, cleaned, then reassembled and given a 101-point inspection. Then, they’re literally dipped in preservation oil and packaged 50 rifles to a large wooden crate.

Gonna be a lot more crates over the next several years.

PICK UP AN FN OF YOUR OWN